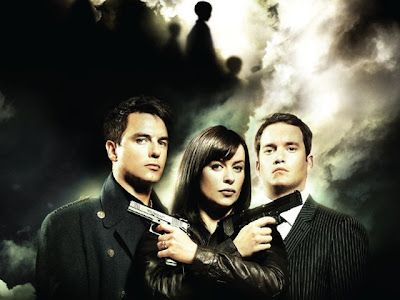 Written By: Ken Hulsey
Source: Eve Myles.net
After months of speculation, the BBC has finally released some information on the third season of "Torchwood." The series entitled, "Torchwood: Children of Earth", is set to air this June according to sources at the network.

There will be a special screening of the first episode of the series, on Friday, June 12, at the National Film Theatre in London hosted by British Film Institute. The event will also include a special Q&A session with the cast and crew.

The exact air date for "Children of Earth" has not been formally announced, but it is being assumed that it will start on Monday, June 15th. For the series third season the BBC is doing something unique, broadcasting the five part series over five consecutive nights on BBC1. It is believed that this will not be the case when the series airs on BBC America later this year.

Okay, now here's the spoiler. The BFI has released this synopsis of the first episode of "Children of Earth":

1965: Twelve children are gathered on a deserted moor, before being surrounded by a harsh, bright light .... and then they are gone!

Today: all over Earth, children stop moving. Stop playing, stop laughing. Then, as one, they begin to speak with the same voice, announcing the imminent arrival of a new alien threat. "We are coming...". As the British government closes ranks, it issues a death warrant against Captain Jack and Torchwood...