Showing posts from October, 2013
Show all

Have A Monstrous Halloween With The Greatest Movie Monsters 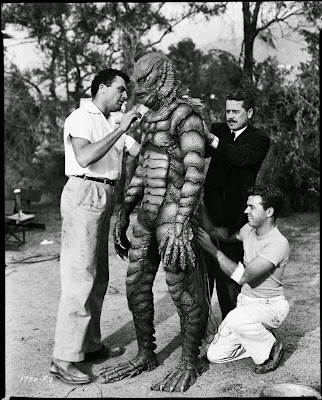 Not Since The Begining Of Time Has The World Known Terror Like This? Creature from the Black Lagoon was the last of a long line of classic movie monsters developed by Universal Pictures. By the 1950's most studios had switched from horror pictures to science fiction. Universal was no exception. Creature would come fresh on the heels of the very popular "It Came from Outer Space." Both films would star Richard Carlson who soon would become the studio's staple playing the role of hero scientist. This would be a twist from most films. Scientists were generally portrayed as evil or misguided. It was only logical for Universal to blend both their popular horror with the science fiction of the time. Creature from the Black Lagoon would be created from the melding of the two. Creature From The Black Lagoon (1954) Where It All Began The shrill sounds of a native gong rang out across the peaceful morning silence and everyone began running toward the top of a hill. So
Post a Comment
Read more 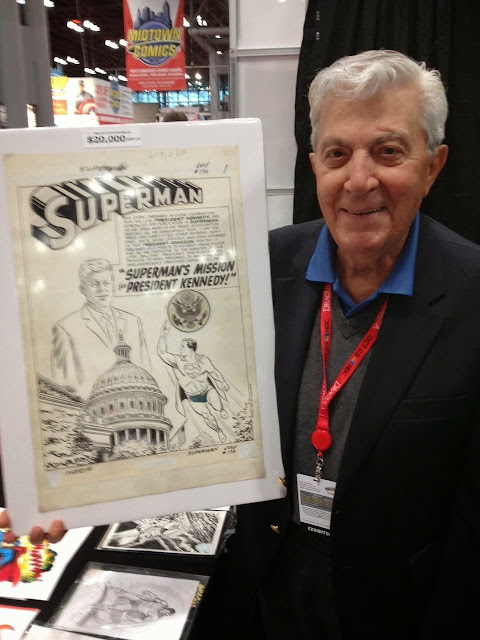 by Armand Vaquer Above, artist Al Plastino with the 'splash page' of the artwork in contention.  Photo: Facebook. It was good news that Heritage Auctions pulled the Al Plastino original artwork of "Superman's Mission For President Kennedy" and will investigate how it ended up in private hands instead of being at the John F. Kennedy Library, where it was intended. But this is just a temporary withdrawal. However, steps are being taken to keep the artwork from going on the auction block permanently. According to the New York Post : But advocates for comic book artists say that since the art was never given to the museum, Plastino remains the rightful owner. Comic book publishers, they claim, only buy the publishing rights to an artist’s work, not the work itself. Publishers generally dispute this, and it’s an issue that’s been debated for decades.  “He never gave up ownership of the art because DC never purchased it from him or paid sales tax,” asser
Post a Comment
Read more 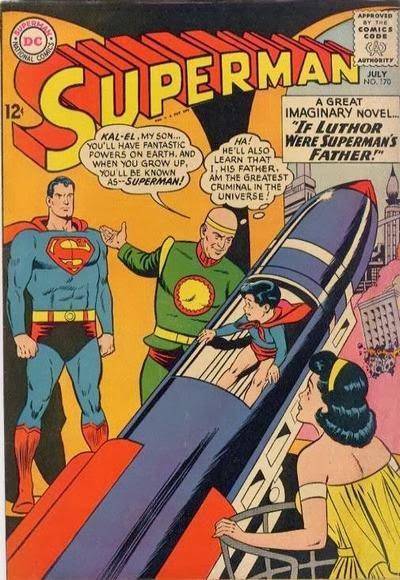 by Armand Vaquer Above, the cover of Superman issue no. 170. It is interesting that this story should hit now, since the 50th anniversary of the assassination of President Kennedy is coming up next month. There is a bit of a flap over some original artwork that appeared in the July 1964 issue of Superman (no. 170). The issue contained the story, "Superman's Mission For President Kennedy" that was penciled and inked by Al Plastino. In the story, Kennedy enlists Superman's help to get flabby Americans to become physically fit. As I have this issue in my collection, I remember it well. On the very last panel of the story, it stated that the original artwork would be donated to the John F. Kennedy Library at Harvard University (at the time, that was where the library was planned to be located). Above, the Plastino art. Note the last panel stating that the original art will be donated to the Kennedy Library. According to a story at Bleeding Cool.com, th
2 comments
Read more 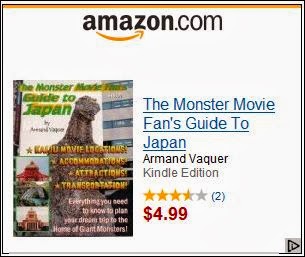 by Armand Vaquer Yesterday, I posted about the Amazon Kindle ebook edition of The Monster Movie Fan's Guide To Japan being available in ten countries outside of the United States. Naturally, it is also available at the U.S. Kindle Store at Amazon.com. Since the holiday season is just around the corner, the ebook would be a great stocking-stuffer for those kaiju fans in your life who might be getting a new personal computer, laptop or a tablet computer for Christmas. (Just make sure their platform, browser or app is compatible with Kindle's program.) To access the guide at Amazon.com, go here .
Post a Comment
Read more 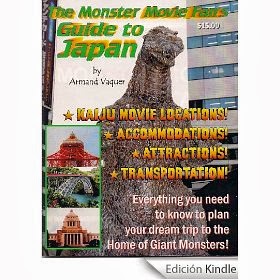 by Armand Vaquer We're almost into the holiday season and what better way to brighten up the kaiju fan in your life's day than to give him (or her) the ebook version of The Monster Movie Fan's Guide To Japan to go along with that tablet computer or other device that awaits under the tree? The Amazon ebook edition is now available at Amazon's Kindle Stores in ten (10) countries! To date, they are (each one is hyper-linked for your convenience):   Canada United Kingdom Japan Germany Italy France India Mexico Spain Brazil Make sure Kindle files are compatible with your device's platform or app!
Post a Comment
Read more 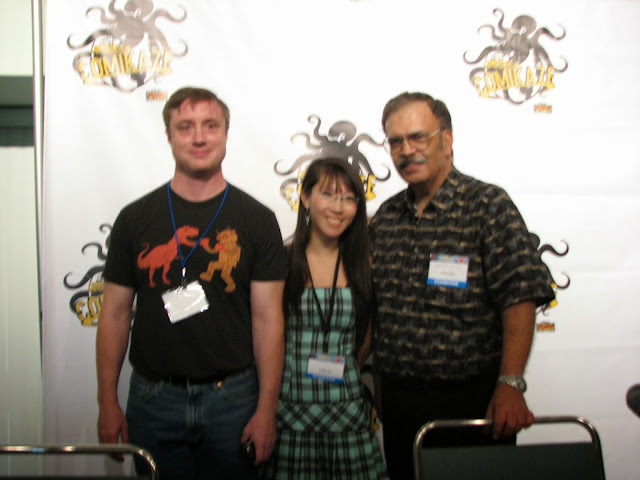 by Armand Vaquer Above, Tom Franck, Jessica Tseang and your truly at last year's Comikaze Expo. The schedule for the 2013 Stan Lee's Comikaze Expo is now out and once again we will be holding a panel discussion on Pacific Rim and Godzilla. It will be held Friday, November 1 at 2:00 P.M. at the Los Angeles Convention Center. From the schedule: I will have copies of The Monster Movie Fan's Guide To Japan available following the panel discussion. To view the schedule for Stan Lee's Comikaze Expo, go here . Mark your calendars!
Post a Comment
Read more 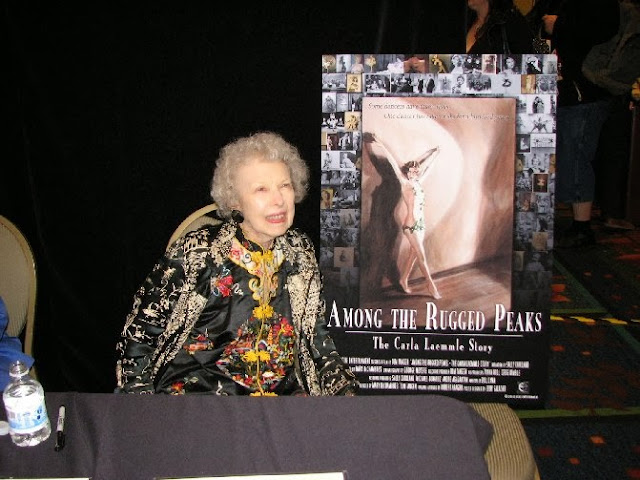 by Armand Vaquer Above, Carla Laemmle at the 2011 Monsterpalooza.  Photo by Armand Vaquer. In five days, actress Carla Laemmle will be celebrating her 104th birthday. She is the last surviving actress of the 1931 Universal Pictures' Dracula that starred Bela Lugosi. According to Wikipedia: Rebecca Isabelle Laemmle (born October 20, 1909) known professionally as Carla Laemmle is an American actress and the niece of Universal Pictures studio founder Carl Laemmle , she is of German Jewish descent. She was a movie actress in the 1920s and 1930s, and is, along with Jean Darling , Baby Peggy , and Mickey Rooney , one of the very few surviving actors of the silent film era .  Laemmle entered films in 1925 playing an uncredited role as a ballet dancer in the original silent film version of The Phantom of the Opera (1925) and a small role in the early talkie version of Dracula (1931), and is the last surviving cast member of both classic films. Laemmle continued to app
1 comment
Read more 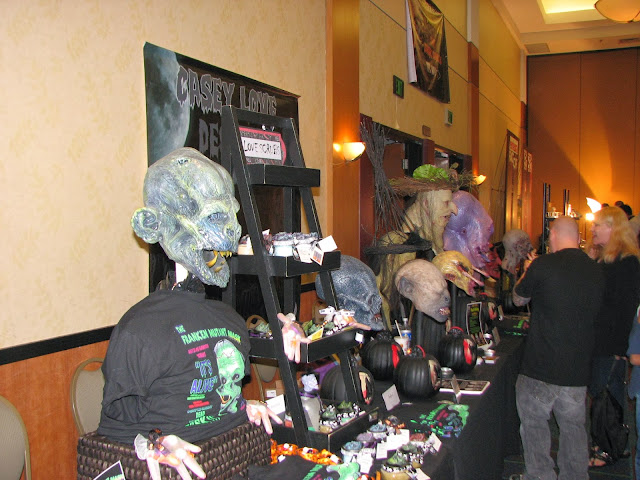 by Armand Vaquer Today, I made it over to the Burbank Marriott and Convention Center near Bob Hope Airport for this year's Son of Monsterpalooza. Son of Monsterpalooza is like the big Monsterpalooza show, but on a smaller scale. Nevertheless, it was a lot of fun. Fortunately, when I got there, the crowds had thinned out and I was able to move about with no problem. I was able to meet with actor Akira Takarada and Bela Lugosi, Jr. while at the show. Lugosi, Jr. (whose table was a few feet away from Takarada's) asked me about Takarada as he wasn't familiar with his work. I explained to him that he was in the original 1954 Godzilla as part of the love triangle as well as other Toho epics. Some highlights: Above, some displays at the show.  Photo by Armand Vaquer. Above, actor Akira Takarada and Armand with an autographed poster. Above, Bela Lugosi, Jr. with a companion in a mask of his father.  Photo by Armand Vaquer. Above, an attendee in the make
Post a Comment
Read more

Art To Decorate Your Man-Made Monster Cave With ... 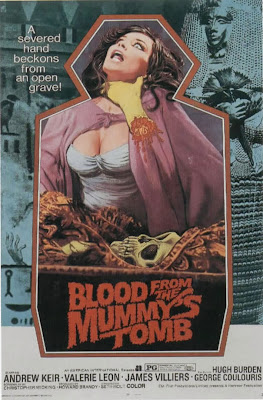 What makes for a great monster movie poster? Well a great monster is a good start but as you can see from some of the examples here a great work of art can sometimes make a bad monster look good. Of course that is the general idea isn't it? After all the sole purpose for these posters were to put butts in theater seats. Another great element that most great monster movie posters share is a sexy damsel in distress. Monster plus half-naked woman means box office gold ... or so was the general idea during the golden age of monster films. READ MORE
Post a Comment
Read more

Today the Month of Monsters takes a relaxing train ride with Rasputin and Sasquatch ... 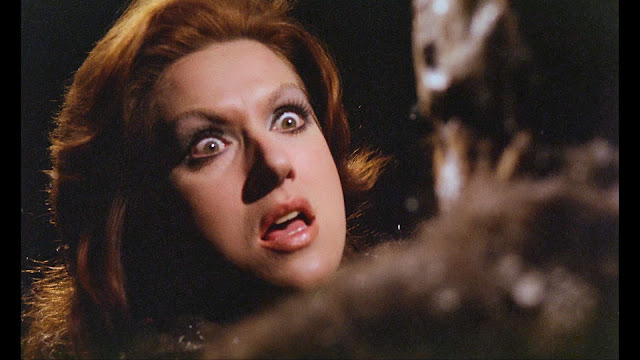 This film has the Orient Express, The Yeti, Zombies, Alien Possessions, Rasputin, Count Dooku, Grand Moff Tarkin, Kojak, and a big train wreck, what more could you ask for? - MIN Horror Express was a Spanish production directed by Eugenio Martin. It was filmed in Madrid in the years 1971-1972, a low budget film ($300,000) with the luxury of having three familiar genre actors in the lead: Christopher Lee, Peter Cushing, and Telly Savalas. The film was co-produced by American filmwriter/producer Bernard Gordon, who had collaborated with Martin on the 1972 film Pancho Villa (which also featured Savalas in the title role). The filmmakers used both the miniature train and interior train set from Pancho Villa for Horror Express. The challenge was that they only had one set to be used as an interior train car. All of the scenes for each train car had to be shot at once, then the set would be rebuilt as the next car. Securing Lee and Cushing was a coup for producer Gordon, since it lent
Post a Comment
Read more

The Month of Monsters is no laughing matter ... 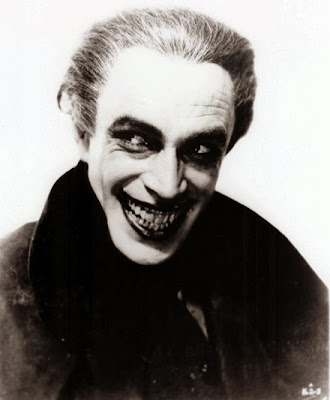 Just about every film buff knows the stars of the classic line of horror films produced by Universal in the 1920s', 30s' and 40s'. Bela Lugosi, Boris Karloff and Lon Cheney, three names that will forever be remembered in the hearts of movie fans around the world. Yet, one name always seems to omitted from the list. True this mystery actor never played Dracula or Frankenstein's Monster, yet his part in the history of horror is just as important as any actor who ever wore a cape or endured hours wrapped in bandages. I am of course talking about Conrad Veidt. Still don't know who I'm talking about? Well, I'm certain that you have heard of some of the films he starred in. Veidt would become known for his roles in such films as "The Cabinet of Dr. Caligari" (1920), "The Thief of Bagdad" (1940), and "Casablanca" (1942). His likeness as Gwynplaine in "The Man Who Laughs" would serve as the inspiration for the comic book s
Post a Comment
Read more

Monster Island News - The Begining Of Our "Month of Monsters" 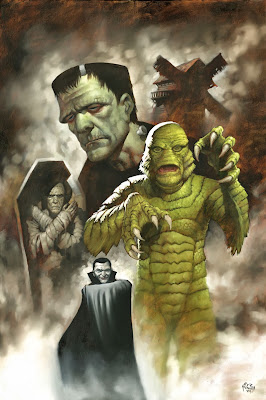 October is the "Month of Monsters" at Monster Island News. All month long our website will be featuring stories, profiles and collectible items about some of Hollywood's greatest icons of horror. Check out what has crawled out of the grave so far - Monster Island News The Mummy In 1932 a new horror movie was put into production to capitalize on the success of Frankenstein, and its star Boris Karloff. The initial idea was to produce a film based on the real life exploits of the French mystic Cagliostro, who claimed that he had lived for several generations. This idea was soon dropped for a screenplay that was penned by Nina Wilcox Putman that featured the resurrected corpse of an ancient Egyptian prince. One has to remember that Tutankhamen’s tomb had just recently been discovered and there was a national obsession with Egyptology. Universal felt that the combination of Karloff and this topical theme would guarantee a hit, and they were right. King Kong Car
Post a Comment
Read more

By Armand Vaquer October 04, 2013
At long last, the trailer for Legendary Pictures/Warner Bros. Godzilla has been released:   Godzilla 2014 Teaser Trailer from Joey Shabadoo on Vimeo . Before it disappears:
Post a Comment
Read more 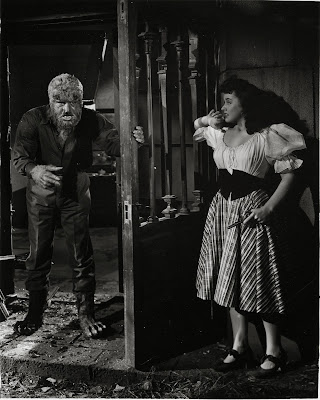