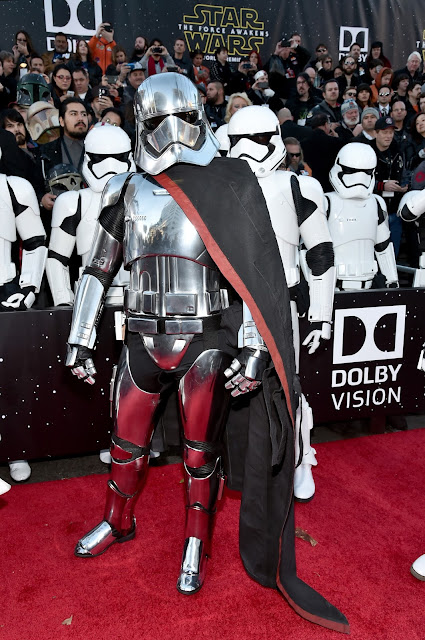 Droids and wookiees and Han Solo himself kicked off Monday's mega-sized world premiere for Star Wars: The Force Awakens.

The star-studded premiere, which prompted scores of die-hard fans to camp out for a week to be part of it, was light years ahead of standard Hollywood events.

Eschewing a traditional premiere, The Force Awakens' red carpet was tented into a four-city-block-long tunnel down Hollywood Boulevard, and was pitch-black inside, save for neon lights. Security was Oscars-level high, with bomb-sniffing dogs and metal detectors at the ready as guests arrived.

Director J.J. Abrams celebrated by drinking champagne down the press line. After three years of top-secret movie-making, he said he was ready to give birth to his movie. "I (just) hope they don't think it's an ugly baby," he joked to USA TODAY.

Inside the Dolby Theatre, Abrams took the stage. "It is an honor to be with you tonight at this incredibly low-key premiere," he cracked before introducing his cast and thanking George Lucas. Lucas, seated next to Steven Spielberg, was treated to a long standing ovation, as was legendary composer John Williams.

Party aside, how was the movie? The premiere screening was the first time Disney let the new Star Wars film out of Mickey's vault. Reviews of The Force Awakens are embargoed until Wednesday, but guests were on a nostalgia high as the credits rolled. If the positive after-party buzz is any indication, it's going to be a hearty, possibly historic box office haul, indeed. 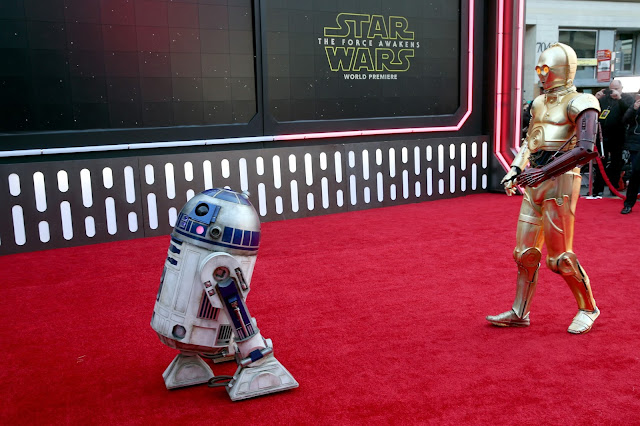 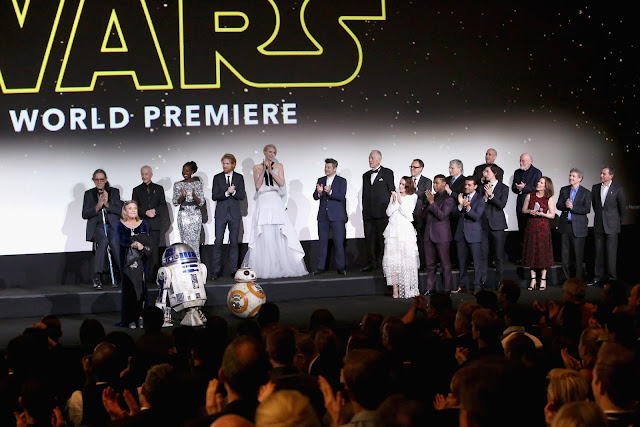 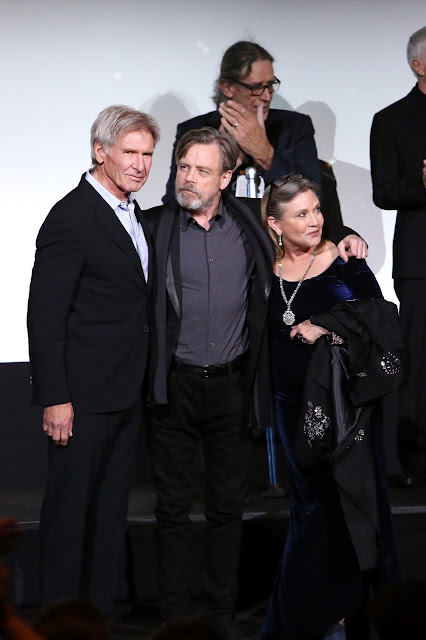 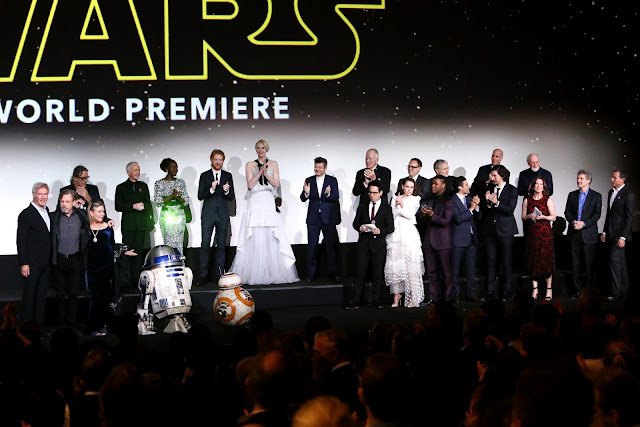 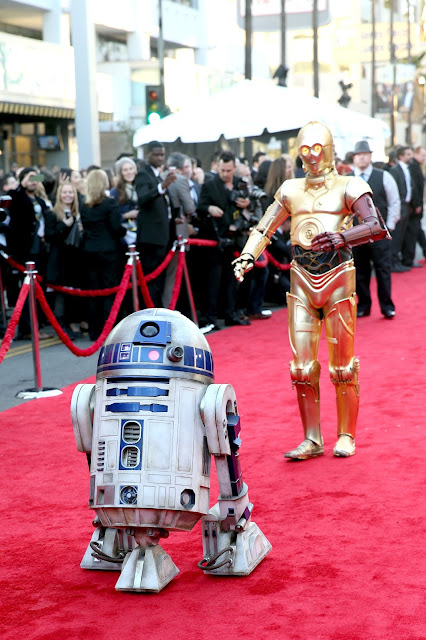 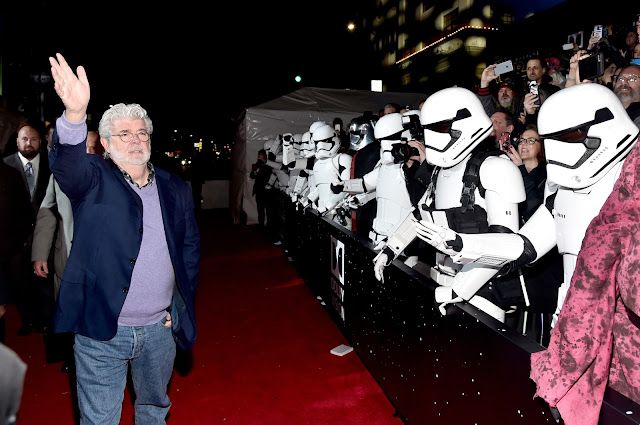 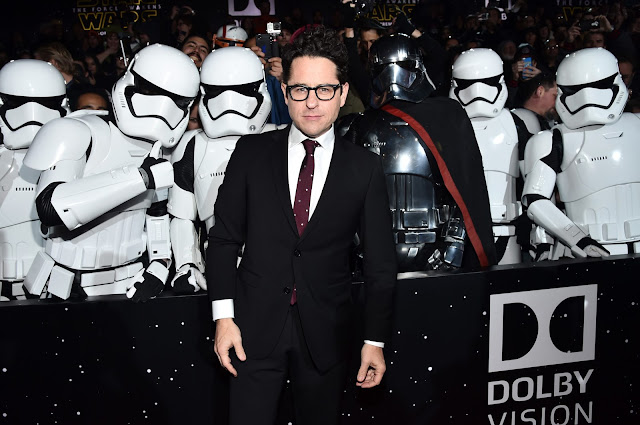 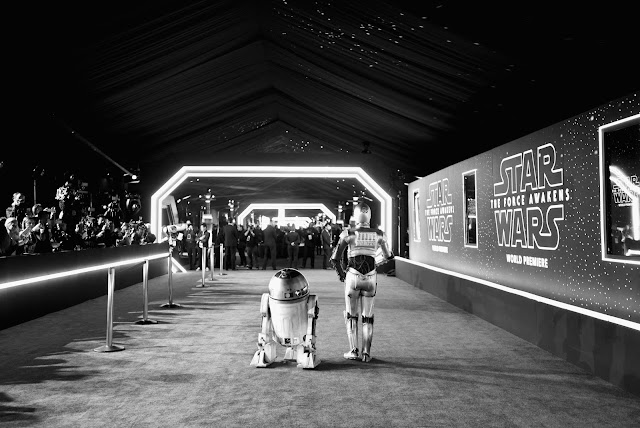 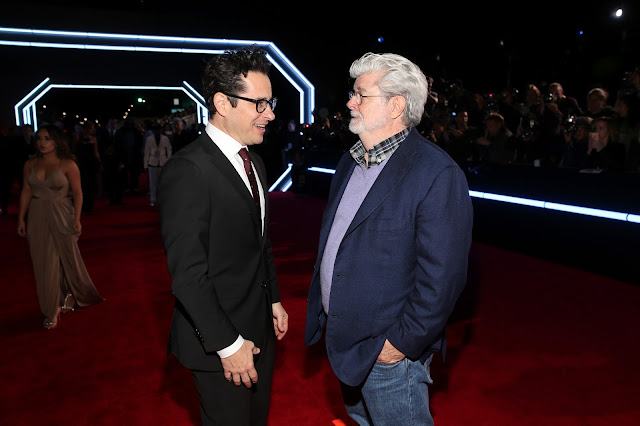 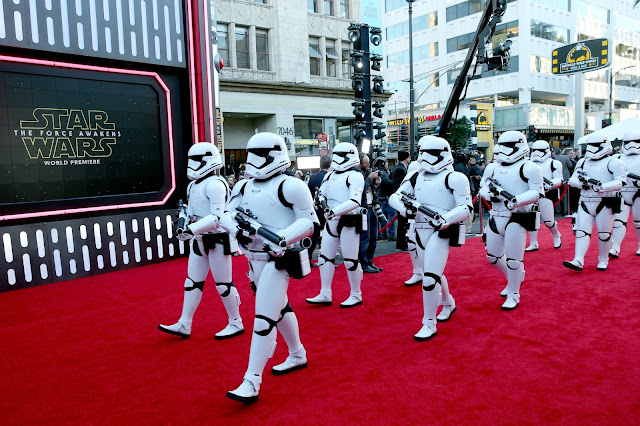 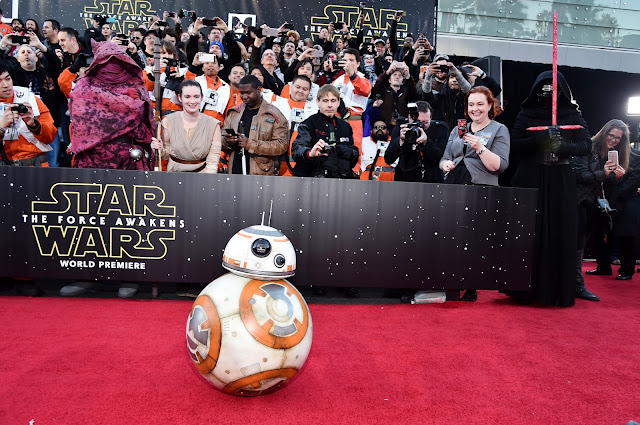 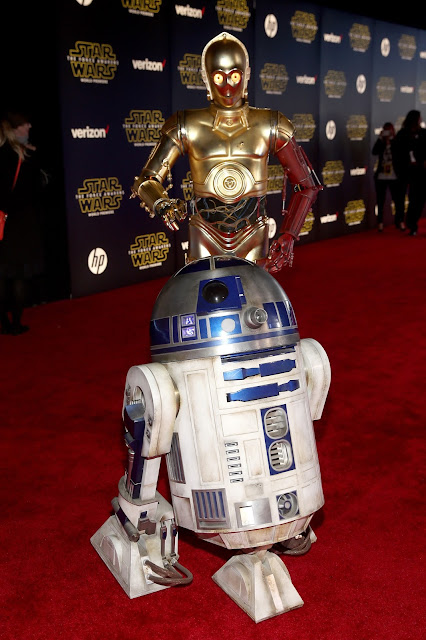