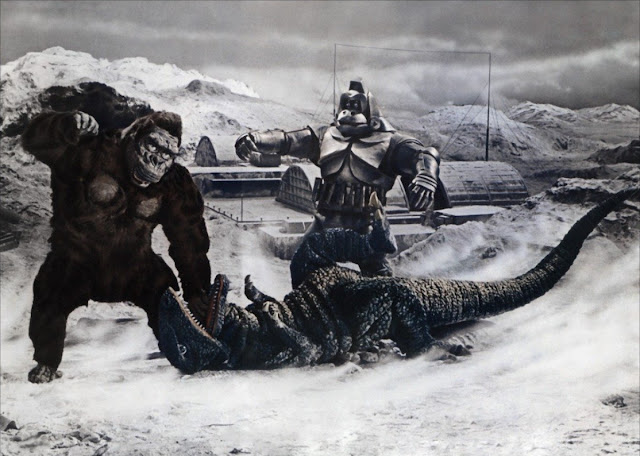 Japanese film makers have been obsessed with "King Kong" since his first screen appearance in 1933. Almost immediately "Kong" inspired films began popping up in theaters throughout the land of the rising sun. Unfortunately, these films are lost and mostly forgotten.

A couple of decades later when Tomoyuki Tanaka was looking to make a monster film of his own after seeing "The Beast From 20,000 Fathoms" the idea for a Japanese "King Kong" film would be revisited. Most people never knew that originally "Godzilla" wasn't going to be a dinosaur at all but a fire-breathing gorilla. Alas it's true. Of course, that idea, plus the idea of making "Big G" a giant octopus, was scrapped for what would become everyone's favorite mutant behemoth, which ultimately proved to be a far better choice.

Who in the hell would want to see a giant fire-breathing gorilla movie? Okay, maybe I would but most people wouldn't.

Toho would eventually make two "King Kong" films, one being "King Kong vs Godzilla" and the other "King Kong Escapes". Despite what a lot of people believe the two films are in no way connected to each other in any way. That is to say, "KK Escapes" is not a sequel to "KK vs G". 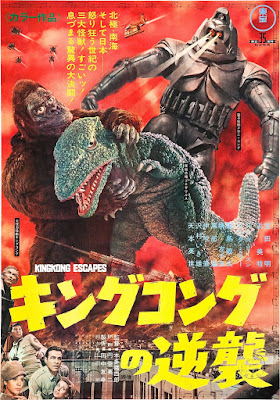 Toho would team up with Rankin Bass to produce a live-action version of their popular animated TV series. Director Ishiro Honda would jump at a chance to work on a tribute to the 1933 film, "King Kong", which had been a major inspiration to him. (Kong was also the inspiration for Gojira as well.) The script, written by Kaoru Mabuchi, would draw on several major elements from the cartoon, including the location of Mondo Island, the Robot Kong, and the evil Dr. Who. Once again Eiji Tsuburaya was called upon to create the intricate miniatures and special effects. As in "King Kong vs Godzilla", the Kong costume was created to make the monster look friendly and like able. In fact, a leftover suite from KK vs G was used for scenes filmed in Toho's famed water tank. Rankin Bass kept a close eye on the goings on in Japan and elements had to be approved before being filmed. The whole production would end up as one of the studios most polished films.

An evil pair, Dr. Who and Madame Piranha, have developed a mechanical replica of King Kong to dig for a highly radioactive mineral around the North Pole. They soon discover that their replica is not cut out for the job and soon go on a quest for the real deal. They use the young and lovely Susan Miller to trap the monster and take him back to the mines. Of course, Kong escapes and heads for Japan. They always head for Japan. Who and his henchmen activate the Robot Kong and set sail to recapture Kong. The Mech-Kong kidnaps Miller and takes her to the top of Tokyo Tower as bait. The two Kong's do battle and the Robot and his masters are destroyed by the rampage that is King Kong. Kong then wastes little time heading back home. 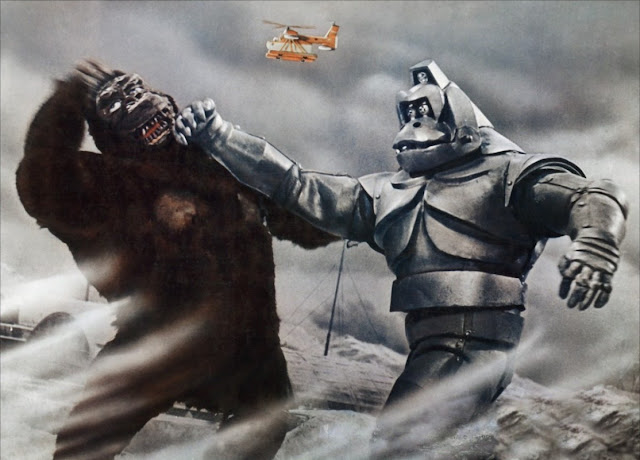 Even though Linda Miller was an American that spoke fluent English, her voice was dubbed by Julie Bennett.

This film was a live action tie-in to the animated TV series King Kong, which was also produced by Rankin/Bass Productions.

During some of the North Pole scenes, Dr. Hu's men cast shadows on the painting of the "distance" (mainly snow-capped mountains) on the studio set. 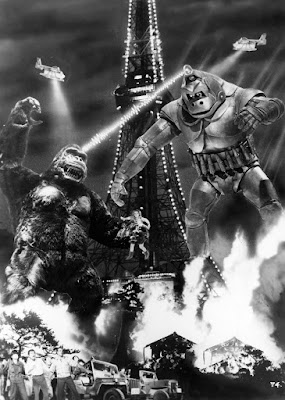 The film opened in the United States in June 1968 on a double-bill with the Don Knotts comedy The Shakiest Gun in the West Contemporary American reviews were mixed. New York Times film critic Vincent Canby gave it a particularly insulting review, commenting, "The Japanese...are all thumbs when it comes to making monster movies like 'King Kong Escapes.' The Toho movie makers are quite good in building miniature sets, but much of the process photography—matching the miniatures with the full-scale shots—is just bad...the plotting is hopelessly primitive..."

Toho had wanted to use King Kong again after this film. King Kong was included in an early draft for the 1968 film Destroy All Monsters but was ultimately dropped due to the fact that Toho's licence on the character was set to expire. Toho managed to get some use out of the suit though. The suit was reused to play the character "Gorilla" in episode #38 of the Toho giant superhero show Go! Greenman. The 3 part episode titled Greenman vs. Gorilla aired from March 21, 1974 through March 23, 1974.

Toho would bring the character Gorosaurus into the Godzilla series in the 1968 film Destroy All Monsters using the same suit from this film. The suit was reused again four years later (at this point in dilapidated condition) to portray the character in episode #6 of the Toho giant superhero show Go! Godman. The 6 part episode titled Godman vs. Gorosaurus aired from November 9, 1972 through November 15, 1972. 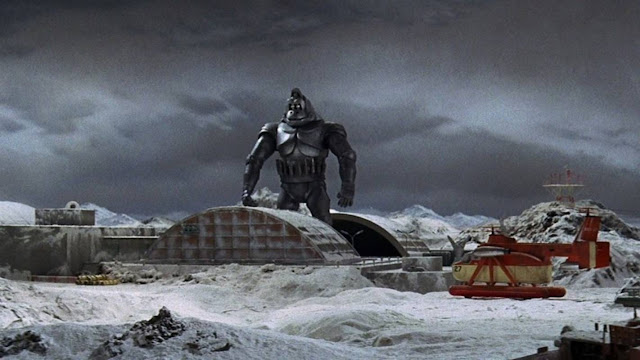 In the early 1990s when plans for a King Kong vs Godzilla remake fell through, Toho had planned to bring back Mechani-Kong as an opponent for Godzilla in the project Godzilla vs. Mechani-Kong. However, according to Koichi Kawakita, Toho wanted to pit Godzilla against King Kong because King Kong vs. Godzilla was very successful. So, it instead decided to use MechaniKong. Soon afterward, it was discovered that obtaining permission even to use the likeness of King Kong would be difficult. So, the project was canceled.

The shot of Gorosaurus living on Monster Island seen in the 1969 film All Monsters Attack was actually stock footage taken from this film.

The July 15, 1968, issue of Film Bulletin, however, gave it a more positive review, saying, "Grown-ups who like their entertainments on a comic-strip level will find this good fun and the Universal release (made in Japan) has plenty of ballyhoo angles to draw the school-free youngsters in large numbers."

And Now You Know! 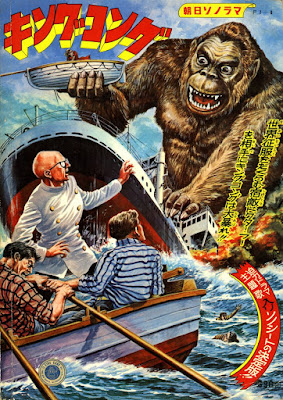 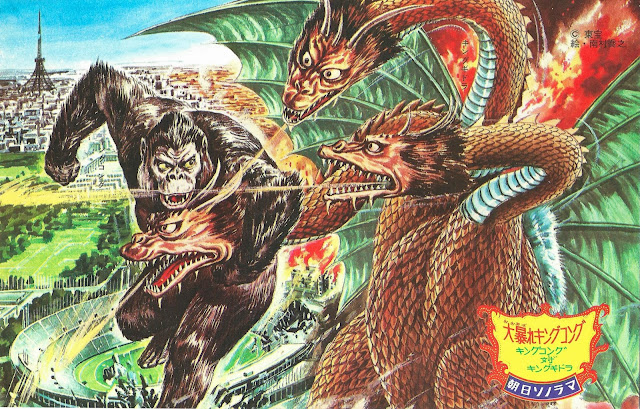 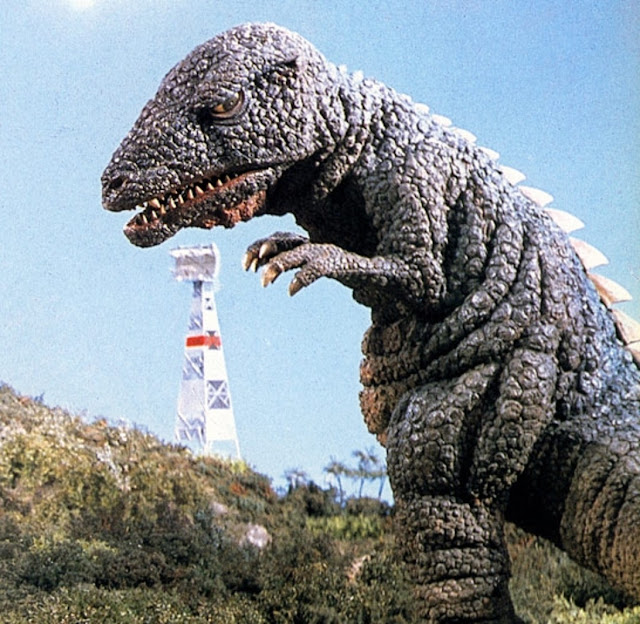 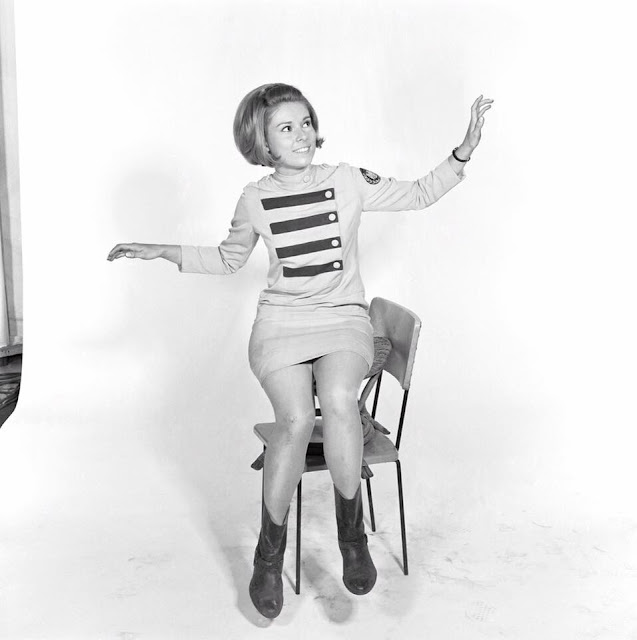 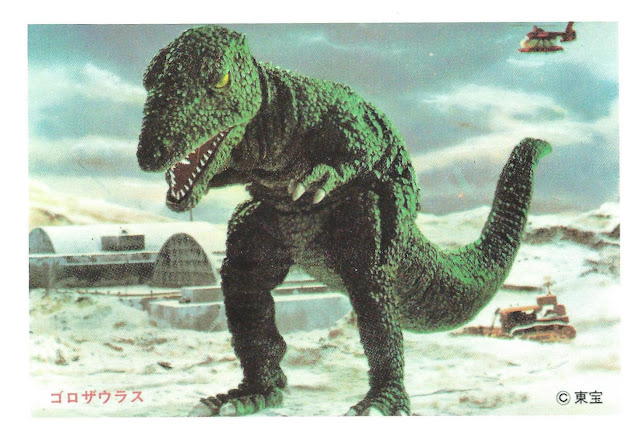 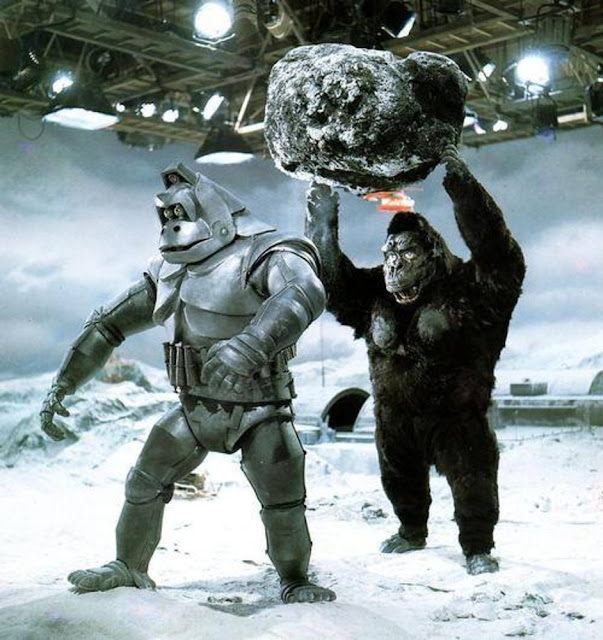 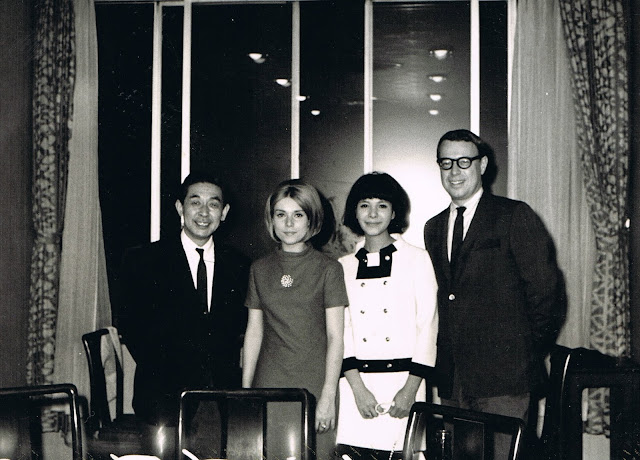 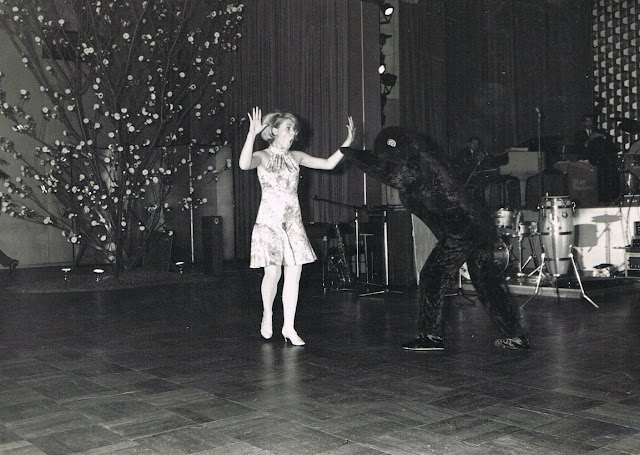 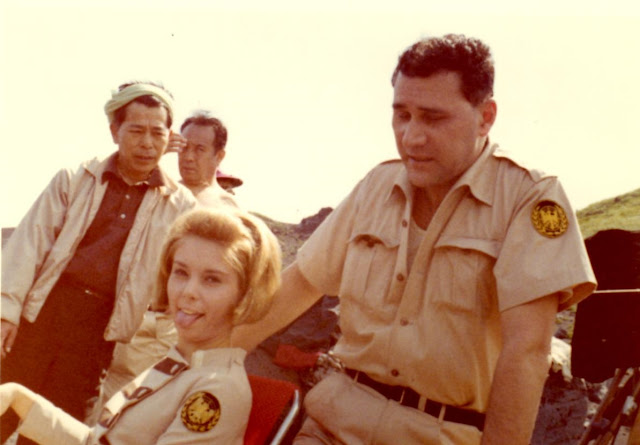 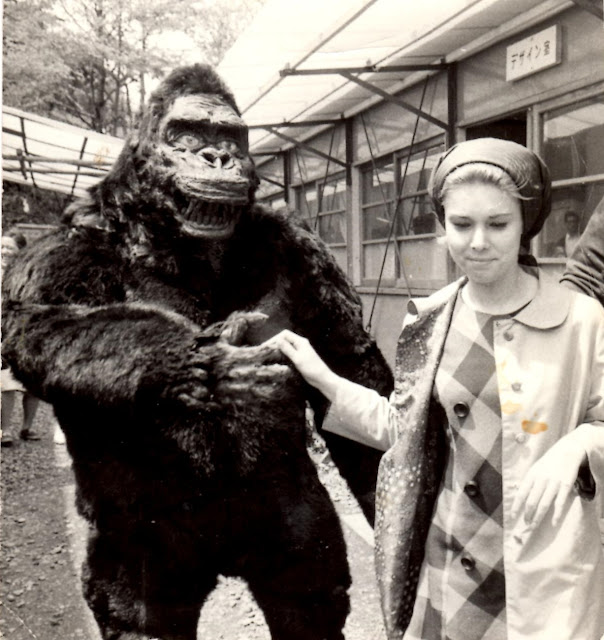 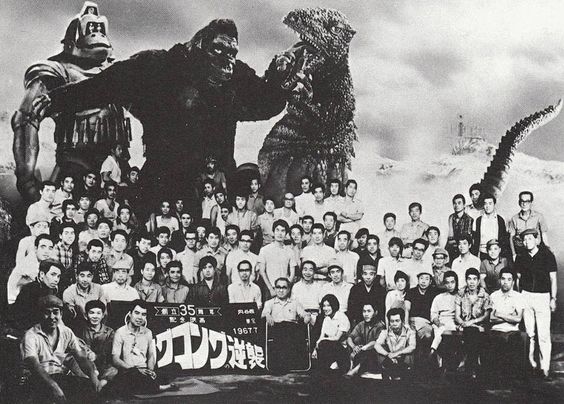 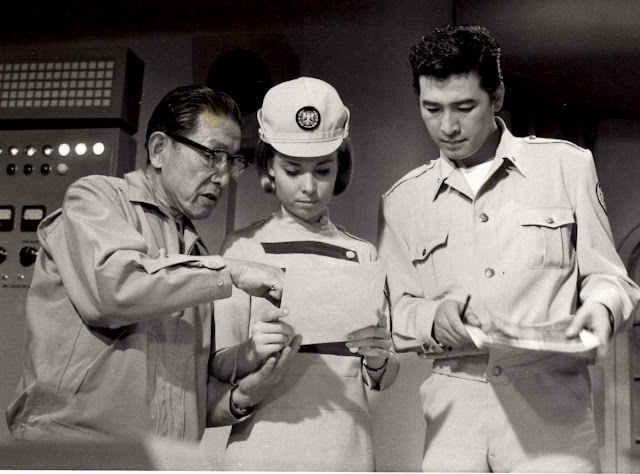