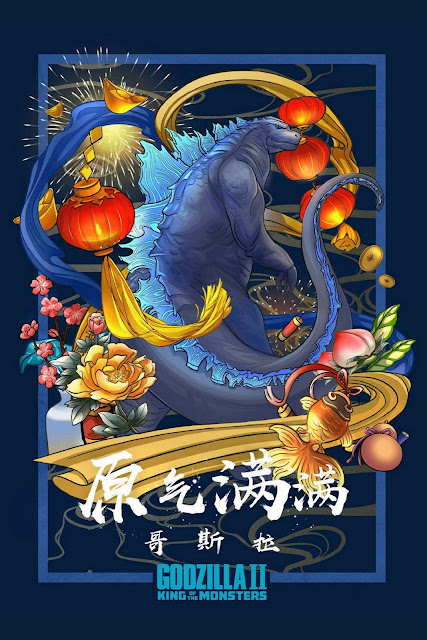 This is a poster graphic print featuring an image of Godzilla as he goes on a rampage in the new movie that will be released May 31st. The print looks amazing matted to 8 x 10 to 20 x 30 and framed and will make a great addition to your movie memorabilia collection. A must for all Godzilla fans!

“Possibly the last of an ancient species of giant amphibious creatures that evolved at a time when the surface of the Earth was over ten times more radioactive that it is today. Godzilla can convert his radiation stores into a violent, focused exhalation of atomic ray. Rarely seen, but spoken of in ancient Pacific Island myths, “Gojira” was last spotted in 1954, when the U.S. Navy encountered and attempted to kill him with an atomic blast in the Pacific Ocean. Since then, the giant creature has been living in the deep ocean – until a threat to his survival from an ancient foe forces him to reappear.”

The new story follows the heroic efforts of the cryptozoological agency Monarch as its members face off against a battery of god sized monsters, including the mighty Godzilla, who collides with Mothra, Rodan, and his ultimate nemesis, the three headed King Ghidorah. When these ancient superspecies, thought to be mere myths, rise again, they all vie for supremacy, leaving humanity’s very existence hanging in the balance.