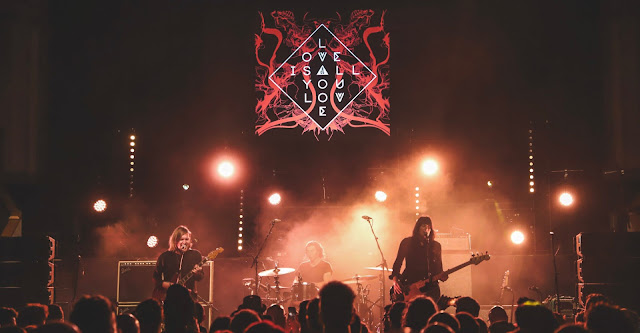 Over the past few years my love of 'Band of Skulls' has continued to grow. Their last album 'By Default' quickly became one of my all-time favorites and now some three years after it's release I still find myself playing it in heavy rotation. Since that album was so good I was pessimistic that any future release by the band could live up to it. I, of course, should have expected another amazing album simply from the band's track record. It seems as every release tops the prior as both Russell Marsden (guitar, vocals) and Emma Richardson bass, vocals) grow as musicians and refine their style of rock.

This past April saw the release of their fifth album 'Love Is All You Love' which is another amazing piece of work that again has become another personal favorite.

Check out the track 'We're Alive' which is my favorite from 'Love Is All You Love'.

This track 'Not the Kind of Nothing I Know' has really grown on me:

The band called the album an "anti-war cry for our turbulent times", and said they wanted to avoid making a "depressing record, because we don't think anyone wants to hear a dark, depressing record about these times. We wanted to have that feeling of euphoria in song, because we weren't getting it anywhere else." They instead decided to take a more electronic approach, enlisting producer Richard X after spending most of 2017 writing the album. Emma Richardson said because the band lost their drummer after Matt Hayward left, they "started to experiment with electric drums and acoustic drums". Richard X helped the band experiment with a mix of live and electronic elements to achieve a "rock and roll element with a dance beat"

Here is the bands history from their Wikipedia page:

Initially, the group played at night clubs in the Greater London area and recorded some demos under the name of Fleeing New York before changing their name to Band of Skulls in November 2008. The band's original demos were recorded in Hayward's father's shed-studio.

Band of Skulls' debut album Baby Darling Doll Face Honey, distributed by Shangri-La Music, was released exclusively on the iTunes Store on 6 March 2009, followed by a general release on 20 March. The track "I Know What I Am" was chosen as iTunes' free Single of the Week to coincide with the digital release. The song was also featured in the soundtrack for TV series Friday Night Lights, Volume 2, which was released on 4 May 2010. The song also appeared in Guitar Hero: Warriors of Rock. Another track that was not actually on the album, "Friends", was included on The Twilight Saga: New Moon soundtrack in November 2009.

On 23 March 2010, Band of Skulls released Friends EP, which includes the studio-recorded version of "Friends", a live version, and a music video of the song. 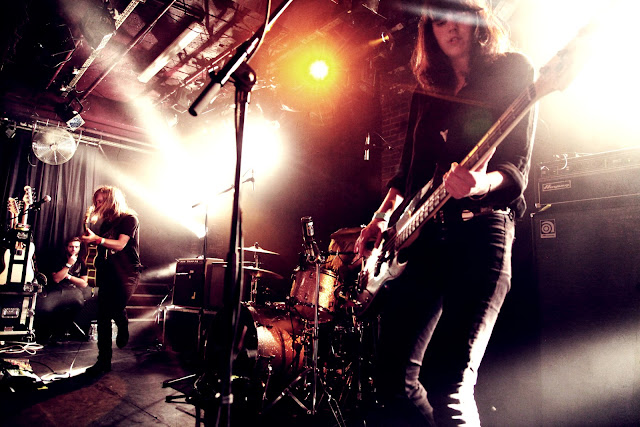 Band of Skulls played at the SXSW Festival in early 2010 and toured the Midwest in March in support of Black Rebel Motorcycle Club. The band appeared on the French TV show Taratata broadcast in March 2010, where they covered the song "Sympathy for the Devil" by The Rolling Stones with the band John & Jehn. In April 2010, they toured the U.S. and Canada followed by England in May 2010, including a sold-out show at the London Electric Ballroom. On 28 June 2010, Band of Skulls supported The Dead Weather at The Roundhouse in London. In July 2010, the band covered Goldfrapp's "Strict Machine" for Australian radio. They were also one of three bands who opened for Muse on 4 September 2010 at Lancashire County Cricket Ground. In October 2010 they also toured to South Africa to play at the annual Rocking The Daisies festival.

On 5 October 2011, the band released "The Devil Takes Care of His Own"—the first single to be taken from the new album—with an accompanying music video. The second studio album Sweet Sour was recorded at Rockfield Studios in Wales. It is produced by Ian Davenport (Supergrass, Badly Drawn Boy), who also produced their debut album, and was released on 21 February 2012 in the US, and 20 February 2012 in the UK and Europe.

On 12 April 2012, Channel 4 broadcast a short documentary starring the band. They discuss the formation of Band Of Skulls through to going from working the bars of their hometown to playing music in front of expansive crowds of adoring fans across the globe. It is a rare and intimate insight into the world of Band Of Skulls, focusing of their success and achievements over the years.

On 13 October 2012, Band of Skulls played the 11th Annual Austin City Limits Music Festival. The show was briefly interrupted by a rainstorm that soaked the front of the stage, including Russell's pedal board, prompting the band to leave the stage while crews dried and moved the affected equipment. The band was able to return and complete their set after about a 10-minute delay.

On 20 March 2014, Band of Skulls performed on Late Night with Seth Meyers. The band played "Asleep at the Wheel".

On 22 September 2014, Band of Skulls performed on Later with Jools Holland playing the title track from their recent album 'Himalayan'

Band of Skulls shared new track 'So Good' on 28 April 2016, releasing it on Spotify the same day.

In January 2017, it was announced via social media that Hayward had left the band.

U.S. dummer Julian Dorio filled in on drums for the group's live shows in August 2018.

On April 10, 2019 Band of Skulls premiered video for their song "Love Is All You Love." The video is the third installment in the trilogy ("Cool You Battles" and "We're Alive") using the same central characters as they lose themselves to the music. 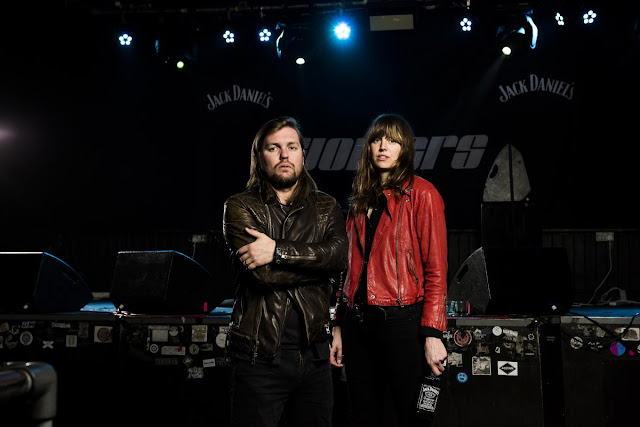 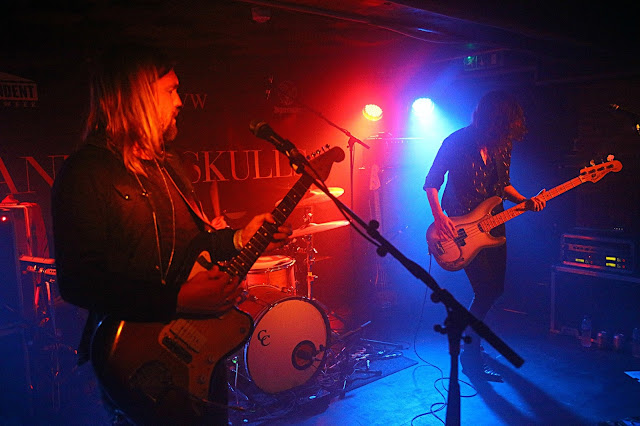 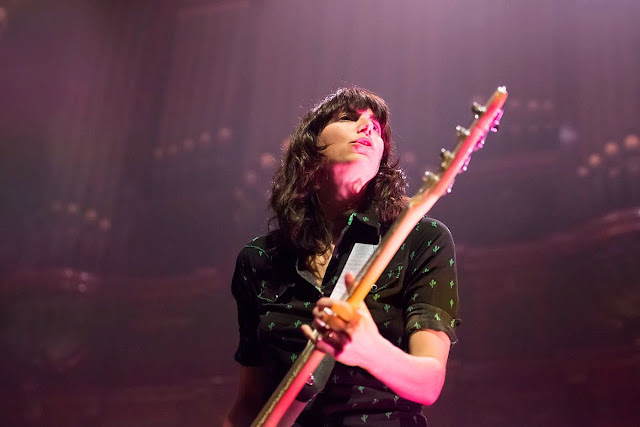