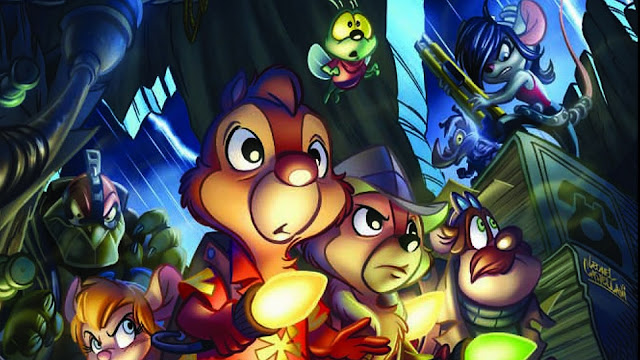 Akiva Schaffer, one-third of Lonely Island along with Andy Samberg and Jorma Taccone, has closed a deal to direct the studio’s live-action/CG hybrid take on Rescue Rangers, featuring the classic chipmunk duo.

David Hoberman and Todd Lieberman, who produced The Muppets as well as Beauty and the Beast for the studio, are producing the project, whose distribution path is unclear. It may end up a theatrical release or could head to Disney+, the company’s upcoming streaming service that launches later this year.

Chip ‘n Dale have been tormenting various Disney characters since 1943 but got a makeover in in 1989 with Chip ‘n Dale Rescue Rangers. The show saw Chip, the brains behind the pair, and Dale, the goofball, running a detective agency and helping animal clients. Disney made three seasons' worth of shows that then ran in syndication for the next decade on The Disney Channel.

Plot details for Rangers are being squirreled away, but it will not be an origin story nor detective agency story. Rather, the take is being described as being meta, something self-referential and cool. Dan Gregor and Doug Mand wrote the script.

That meta take could prove to be perfect match in the hands of Schaffer, who with his Lonely Island cohorts made classic digital shorts for Saturday Night Live, both as writer and director. He also co-directed the mockumentary Popstar: Never Stop Stopping, acclaimed Hulu comedy Pen15, and off-the-wall sketch comedy series I Think You Should Leave with Tim Robinson. Schaffer is repped by UTA and Ziffren Brittenham.