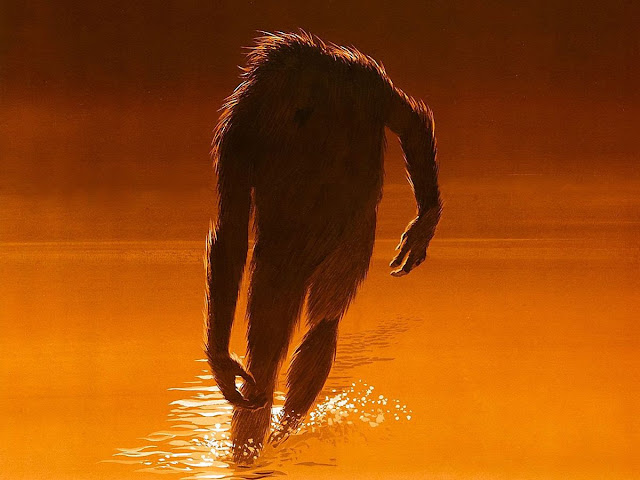 Take a peak at the brand-new poster for The Legend of Boggy Creek that takes a stab at a certain giant Japanese monster that we all know and love. 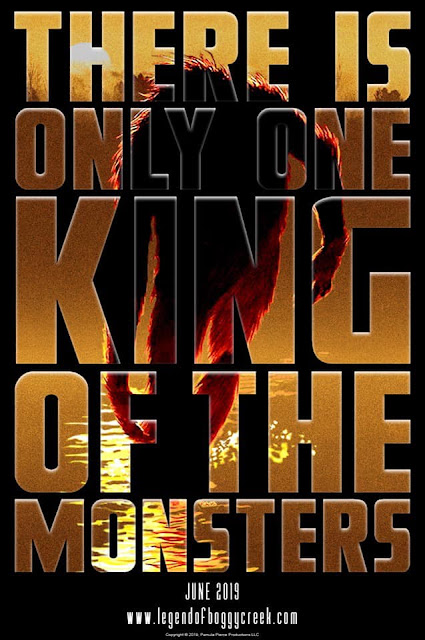 I don't know that anyone would seriously call the “Fouke Monster” the true "King of the Monsters" so I don't think Godzilla has anything to worry about.

Well unless they decide to make a Godzilla vs Yetigar movie ... you will have to read the tenth issue of the old Godzilla series from Marvel Comics to get that joke.

Okay so the classic 1972 movie The Legend of Boggy Creek has gotten a new 4K restoration by the George Eastman Museum and is set to will premiere this weekend (June 14, 2019) at the Perot Theater in Texarkana, Texas.

The Legend of Boggy Creek was conceived and directed by Arkansas native, Charles B. Pierce. The movie was released independently in 1972, where it initially played in sold-out theaters in the Arkansas and Louisiana areas. In 1973, it was picked up by the film distributor Howco International, who made it widely available in theaters across the country. The Legend of Boggy Creek, which cost around $160k to make, became extremely popular in the 1970s, playing for many years in theaters, drive-ins, and later on television. It made an estimated $25 million dollars by the end of its run.

The movie was inspired by true events that happened in the small town of Fouke, Arkansas. When people there began reporting sightings of an agressive sasqsuatch-like creature known as the "Fouke Monster," it caught the attention of Charles Pierce who turned it into a successful film that is still remembered to this day. - legendofboggycreek.com