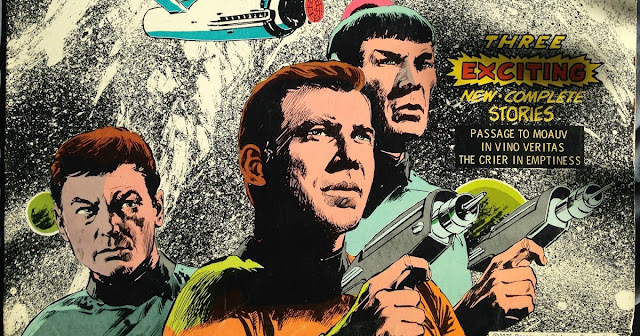 "Captain's log, stardate 5440. The USS Enterprise has been ordered to transport the pet waul of the Moauvian ambassador from Centaurus Base to his home world of Moauv. We are proceeding on course... as rapidly as possible." 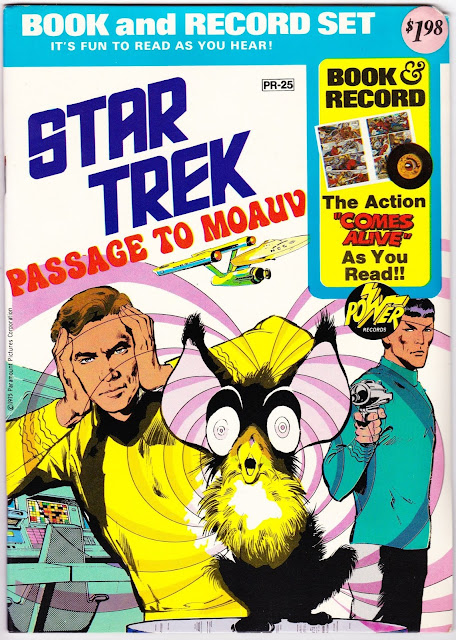 1st printing.
This comic book is in used condition. Comic is complete with cover and all pages attached. This comic has some flaws that warrant a NM grade.
Comic Book will be shipped bagged and boarded!

As Captain Kirk attempts to record his captain's log, he is constantly interrupted by the ambassador's waul, wailing and meowing like a cat. With the help of Yeoman Prentiss, Dr. McCoy takes the animal down to sickbay to house it with the experimental animals. The Enterprise is two standard weeks and six and a half hours from the planet of Moauv, a neutral world near both the Federation and Klingon Empire. Spock notes that the Moauvians are an advanced and logical people.

As Spock and Kirk discuss affection for animals, McCoy radios the bridge to inform Kirk that the waul has escaped, and that they cannot find it. He also reports that Prentiss' arm is bleeding. Kirk delegates Spock to take a security team to look for it, seals off the decks above and below sickbay, and uses the intercom to inform the crew of what has happened.

Spock meets up with Prentiss and McCoy, and as they describe the situation to him, he meows in response, but thinks that they are joking when they mention it. As Spock directs the security team, both McCoy and Prentiss also begin making cat-like noises and snarls. On the bridge, Uhura tells Kirk that she is getting reports of fights breaking out on sickbay level, and that she is also hearing cat-like sounds.

Kirk tells Uhura to locate Spock, just as Spock enters the bridge, covered in scratches and with his uniform shirt torn to shreds. Spock tells him that they had the animal cornered and he suddenly felt a sense of fear, and not a logical fear. The security officers with him were reacting in a similar manner. Spock surmises that the waul is projecting a telepathic field that is causing panic, fear, and the cat-like noises to be made.

Kirk contacts the ambassador, Oavid, to report that his pet, Ewass, is loose and causing trouble. Oavid tells Kirk that he will be filing a formal protest, but tells them that the more frightened Ewass becomes, the more difficult it will be to approach him. He recommends shooting the animal with tranquilizers from a distance, but the Enterprise does not have the necessary drugs on hand.

Kirk and Spock head back toward the creature with a net, but as they approach it, they are both overcome by panic and fear. Spock attacks Kirk, stopping when Lieutenant M'Ress approaches them. M'Ress, apparently unaffected by the telepathy, approaches the waul. As she does, the panic and fear subsides. The creature seems to have taken to the lieutenant and begins purring happily. Spock deduces that it is because M'Ress is also of feline ancestry and can empathize with the animal. Kirk relieves her of her communications duties for the remainder of the trip and delegates her as the caretaker for the waul.

On the bridge, Kirk contacts Oavid again, informing him that they have managed to calm the animal. Oavid thanks them and asks them to be gentle with Ewass over the remainder of the voyage as Ewass is pregnant, and they can expect six to ten baby wauls before they arrive at Moauv. Kirk tells Spock to inform M'Ress that she is about to become a mother shortly and to inform McCoy to prepare for the impending births. - Memory Alpha 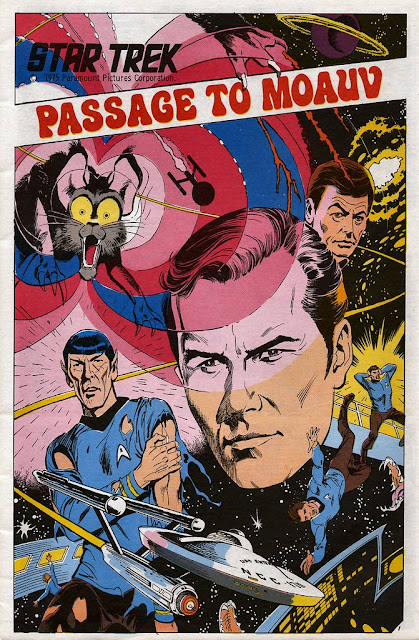 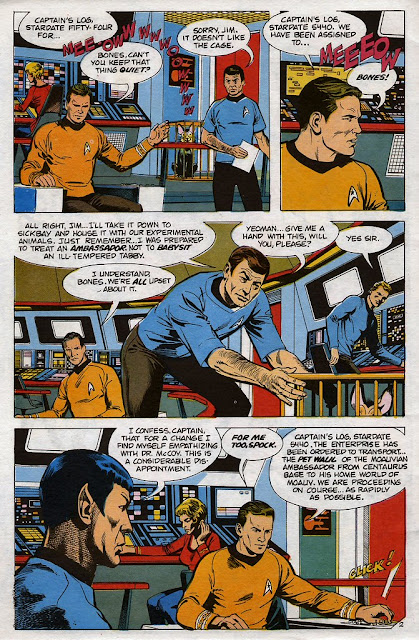 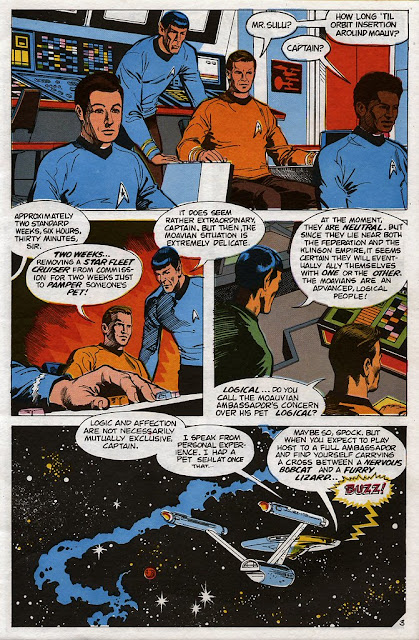 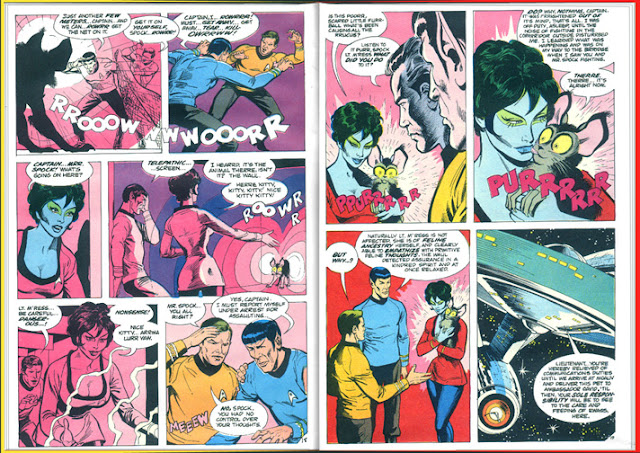