"The Plot to Assassinate Darth Vader" Reportedly Coming To Disney Plus 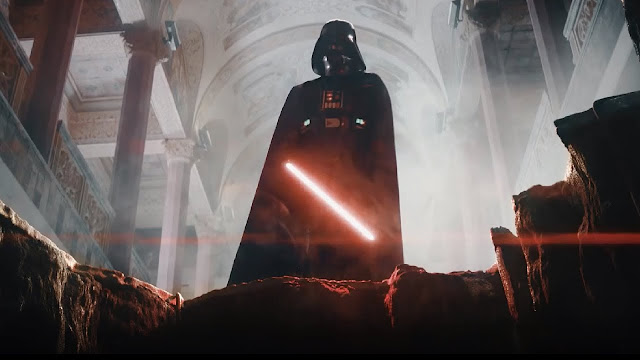 From We Got This Covered

While a lot of attention is being placed squarely on Star Wars: The Rise of Skywalker – thanks in part to a spread featured in Vanity Fair– recent developments have shed some light on the future of the series on the small screen. Traditionally, its TV presence has been relegated mostly to The Clone Wars. Of course, the animated “interquel” will make a return on the Disney Plus streaming service, but now, it sounds like fans have a lot more to look forward to as well.

We recently reported on a handful of programs that would be making their way to the House of Mouse’s upcoming video on demand platform, including a Boba Fett and Obi-Wan Kenobi series. But the fun doesn’t end there, as it looks like Lucasfilm is working on another brand new project which will place a heavy emphasis on time travel.

As one of our industry insiders revealed to us, the new show features a slate of new characters, who try and go back in time in order to change the outcome of various key events within the Star Wars universe. One episode will apparently see them trying to kill a young version of Darth Vader.

So far, nothing’s been confirmed by Lucasfilm, but considering the only brand-new (and officially announced) Star Wars content headed to Disney Plus is The Mandalorian, we certainly wouldn’t mind adding another show into the mix, especially one which focuses on time travel antics. Of course, we’ve heard rumors that all planned franchise spinoffs were canceled and will be moved to the streaming platform, but again, the studio’s keeping pretty quiet on everything. With Disney Plus set to launch in five months though, we’ll surely be hearing more about Lucasfilm’s plans for the service sooner rather than later.