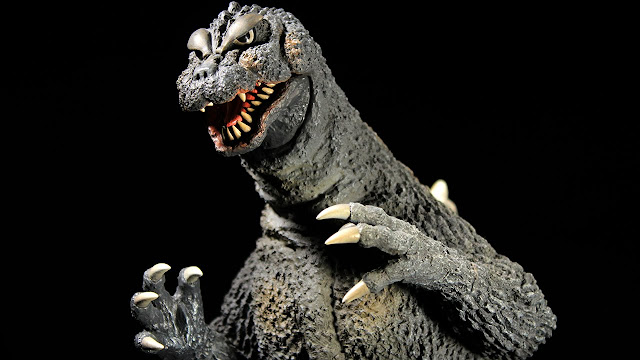 The Godzilla franchise is in a bit of a precarious state at the moment. Due to Toho's agreement with Legendary Pictures, Toho cannot produce any new Godzilla films until at least after 2020, which will mark the end of Legendary's MonsterVerse quadrilogy with Godzilla vs. Kong. This has gotten fans thinking about the future potential of the franchise both in Japan and the United States, but Toho themselves have yet to really comment on it.

Speaking with Hidden Remote, Toho's Head of Project Development Akito Takahashi broke his silence on their thoughts on Godzilla vs. Kong and the future of the Godzilla franchise as a whole.

When asked about the future of the Godzilla franchise, Takahashi clarified that Godzilla vs. Kong is the focus for now so the rest is unclear, "...we don’t have anything specific to share at this point. There’s a huge production going on next year, that’s sort of where we’re at right now. But in terms of where Godzilla may be headed, there will be a lot of new creations, new touchpoints for fans, so we’re very excited to see what’s going to come next."

Takahashi confirmed that there's been a "continual conversation" about new Japanese produced films from the franchise, but they don't have "anything else to add" at this point. As for how, Godzilla vs. Kong is shaping up, Takahashi revealed that Toho's staff hasn't seen any of its visuals yet, and has only seen the scripts. But did mention that their "boss has been traveling to the United States and is content with his findings, so the TOHO team is very excited to learn any new information as well."

Takahashi also noted that Legendary's version of the franchise is very different, and they are quite supportive of this, "Legendary has its own vision of how they want to create their Godzilla platform, TOHO does come in, and makes sure it’s streamlined to ensure Godzilla characters are treated correctly. But at this point, we think it’s very important for Legendary to develop their own version of Godzilla, and we highly support them from Japan as well.

Godzilla vs. Kong is currently slated for a release March 13, 2020, and it sounds like that while Toho is involved they are largely leaving it in the hands of Legendary. The MonsterVerse will soon be coming to an end, however, and it sounds like Toho is preparing for their next big step...whatever it may be.

The final film on Legendary's MonsterVerse quadrilogy is officially described as such, "In a time when monsters walk the Earth, humanity’s fight for its future sets Godzilla and Kong on a collision course that will see the two most powerful forces of nature on the planet collide in a spectacular battle for the ages. As Monarch embarks on a perilous mission into uncharted terrain and unearths clues to the Titans’ origins, a human conspiracy threatens to wipe the creatures, both good and bad, from the face of the earth forever."

Japanese film makers have been obsessed with "King Kong" since his first screen appearance in 1933. Almost immediately "Kong" inspired films began popping up in theaters throughout the land of the rising sun. Unfortunately, these films are lost and mostly forgotten.

It’s been years since audiences last saw two of cinema’s most notorious monsters of all time, Godzilla and King Kong, battle each other head to head. Though the pair first met on screen ... 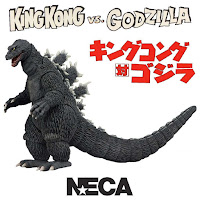 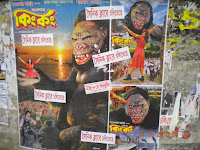 Over the decades there have been some truly awful movies made about "King Kong". Many of these include, "King of Kong Island", "King Kong's Fist", "King Kong Lives", the UK made "Konga" and the American/Korean co-production, "A*P*E", which in the eyes of most monster movie fans, is the worst ever produced.