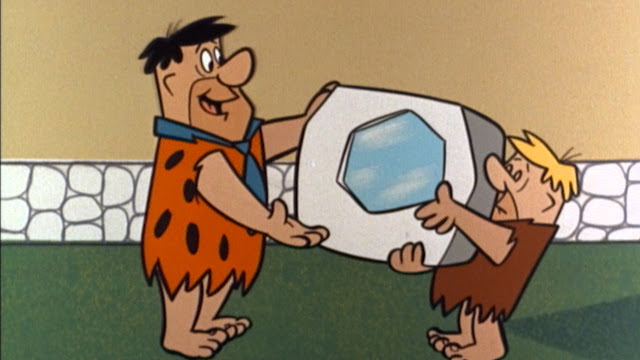 Warner Bros. Animation and Elizabeth Banks’ Brownstone Productions are teaming up for a new “Flintstones” series, Variety has learned exclusively.

The project, which is in early development, is described as a primetime animated adult comedy series based on an original idea featuring characters from “The Flintstones.” The series will be produced by Warner Bros. Animation. No network is currently attached.

“The Flintstones” originally ran for six seasons and over 150 episodes on ABC between 1960 and 1966. The series followed the misadventures of the titular modern Stone Age family, comprised of Fred, Wilma, Pebbles, and family pet Dino. The show also heavily featured the Flintstones’ neighbors, the Rubbles — Fred’s best friend Barney, Wilma’s best friend Betty, and their son, Bamm-Bamm.

There have been multiple attempts at new versions of the show over the years, including short-lived series like “The New Fred and Barney Show” and “The Pebbles and Bamm-Bamm Show.” There have also been several “Flintstones” TV specials as well as two live-action films. Seth MacFarlane also developed a reboot of the series for Fox back in 2011, but that project ultimately did not go forward.

Banks and Brownstone recently re-signed their overall deal with Warner Bros. Television. Banks has been increasingly active as a producer in recent years, setting up multiple projects and pilots across all of the broadcast networks as well as cable channels and streaming platforms. Variety exclusively reported in June that Banks is currently developing a series adaptation of the podcast “Over My Dead Body” for the WarnerMedia streaming service, which was recently christened HBO Max. Banks is also preparing to release a new film version of “Charlie’s Angels,” which she wrote, directed, and executive produced in addition to starring as Bosley. She will also appear in the upcoming FX drama series “Mrs. America.”

Banks and Brownstone are repped by UTA, Untitled Entertainment, and Ziffren Brittenham.

THE FLINTSTONES!...a couple just like the folks you know - except they live in the Stone Age!

The idea of The Flintstones started after Hanna-Barbera produced The Huckleberry Hound Show and The Quick Draw McGraw Show. Although these programs were successful...

The Pebbles and Bamm-Bamm Show was the first spin-off series derived from The Flintstones, minus the theatrical film The Man Called Flintstone in 1966. Several individuals... 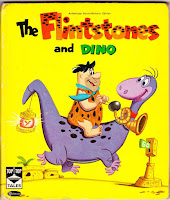 Doesn't this take you back to Saturday mornings eating cereal and watching cartoons? The colors on this Flintstones book are bright and the inside pages are off white and the colors are very bright as well. There are no tears, staining, no writing or coloring on any of the pages. The cover has a bit of age/play related wear, and a label was removed from the back and cause a very tiny amount of loss to the back cover. What a terrific piece to have on display in either a toy or comic book collection!

Immediately after The Flintstones ended its seven-year run (1960-1966) as the first animated show on American prime-time television, work began on "The Man Called Flintstone" the first and only big screen appearance of “The Modern Stone Age Family...
By Ken Hulsey - July 12, 2019