Japanese Giant Monster Mastery "Howl From Beyond The Fog" Master monster makers Keizo Murase and Daisuke Sato have come together to create a magical new kaiju creation called "Howl From Beyond The Fog" a tribute to the original "Godzilla" (Gojira)(1954) and the film that inspired it, "Beast From 20,000 Fathoms", or more precisely the Ray Bradbury short story "The Foghorn."

Check out this teaser trailer:

Here is the story behind this film project from the film company Los Gatos Works:

Los Gatos Works is a newly formed studio which plans to bring its monster creation Nebula to life in its first independent film “Howl from beyond the fog” and create a new entry in the genre of monster movies. This work will be directed by the founder of Los Gatos Works Daisuke Sato. Daisuke has worked in the field of monster modeling and effects since 2000, he currently still works in this field, as well as expanded to making video content for overseas companies along with creating internet media in his home country of Japan. Daisuke aims to make a film that will fully utilize his cultivated skills up to this point and present a quality that can be appreciated by modelers and fans of monster movies alike.

The environment and atmosphere of the film will be conveyed by expressing everything within the work as a model this includes the human element as well. People will be depicted using half sized puppets fitted with special make up technology that with help show expressions uniquely different from traditional puppet theater. The scale of the environmental models will fit seamlessly with the puppets.

The filmography and special effects of the film will be reminiscent of the “old school Japanese monster film” aesthetic. Nebula the four-legged monster will be designed as a wearable suit that an actor will wear and wreak havoc upon the modeled set. (miniatures)

Recently both in domestic and foreign films, studios have replaced traditional rubber model suits with detailed CG. This is attributed to how the passage of time along with technological advancements have brought a dramatic change to the genre. The amount of detail and realism that CG brings is quite staggering, still I personally believe that there is a unmistakable perception that can only be realized using traditional rubber suits. Howl from beyond the fog plans to present that feeling to its fullest.

Keizo Murase, said to be a master of monster modeling, credited with building the foundation of monster modeling leading the effects and design of such Toho films like “Varan the Unbelievable” (1958) various Showa era Godzilla, Gamera, and Ultra series movies. In 1977 he was invited to work on “Goliathon” in Hong Kong. Not limited to monster creation alone, his ability to design stunts and special effects have captured the wonder of millions along with notable directors such as Quentin Tarantino.

The last monster Mr. Murase developed for film was the larva and adult form of Mothra for the 1993 movie “Godzilla vs Mothra”. Recently he has focused on developing costumes for theme park mascots and other attractions that require his modeling specialty. I personally asked Mr. Murase to use his talents to model Nebula, not only because of his amazing skills in this craft but, to also create a connection to the landmark monster films that had come before. He consented to working on this project and is looking forward to working with this production. 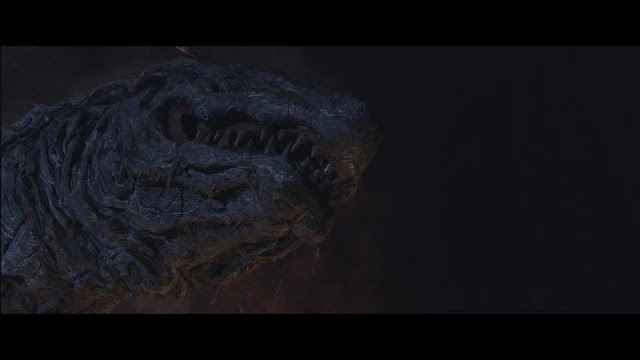 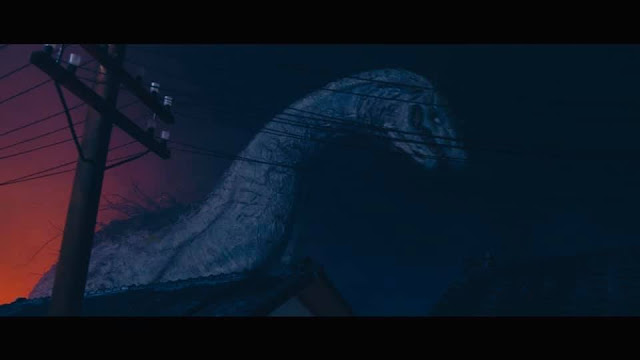 If You Liked This Then Check Out:

Johnny has been working with McDunn at the old lighthouse for the past three months. The lighthouse is situated on a rock 2 miles out to sea, and Johnny is looking forward to “shore leave” the following day. That night, McDunn tells him about a huge sea creature that comes to the lighthouse every year to cry out at the fog horn [mistaking it for the cry of its own kind]… and tonight is that night! The two make their way to the top of the tower and watch as the monster ascends and begins its yearly ritual. Very fascinating indeed, but when McDunn turns off the fog horn the monster shows its true, primitive nature!

The Beast from 20,000 Fathoms is a 1953 science fiction film directed by Eugène Lourié and stars Paul Christian, Paula Raymond and Cecil Kellaway with visual effects by Ray Harryhausen. The film is about an atomic bomb test in the Arctic Circle that unfreezes a hibernating fictional dinosaur, a Rhedosaurus, that begins to wreak havoc in New York City. It was one of the first monster movies that helped inspire the following generation of creature features, coining it with the atomic age.

Email ThisBlogThis!Share to TwitterShare to FacebookShare to Pinterest
Labels: Animation, Giant Monster, Howl From Beyond The Fog, Japan, Kaiju