The Flintstones Are Returning To Primetime On MeTV 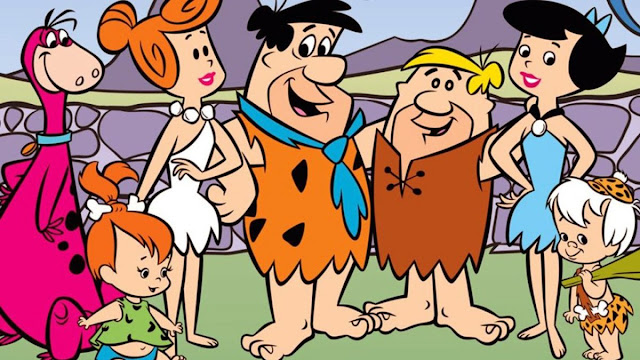 It appears that MeTV really cares about their viewers opinions. Back in April of 2018 I wrote an article entitled "MeTV Super Sci-Fi Saturday Night Should Become "Sci-Fi Saturday" in which I suggested that the network air classic cartoons on Saturday morning. The response to my article was overwhelming to say the least. Readers loved the idea of a retro style Saturday morning. Though MeTV hasn't as of yet put together a classic cartoon schedule for weekend mornings they have at least brought back one of the most beloved animated series of all-time 'The Flintstones'.

Meet The Flintstones on MeTV!

America’s first family of animated comedy is coming to MeTV!

Premiering on Monday, September 30, fifty-nine years to the day from its very first telecast, The Flintstones will air on MeTV weeknights, with back-to-back episodes starting at 6PM | 5C. Yes, that means Bedrock and Mayberry are now neighbors.

For the first time since the prehistoric era, Fred and Wilma, Barney and Betty and the rest of the gang are back on national broadcast network TV. So get ready to rock… Bedrock!

When The Flintstones premiered in the fall of 1960, it shook up television like a slab of dinosaur ribs slapped on the side of a car. Never before had there been a primetime, cartoon sitcom. Additionally, it was the first animated series to earn a nomination for the Primetime Emmy for Outstanding Comedy Series. The cartoon featured the voice talents of familiar MeTV faces such as Bea Benaderet (Petticoat Junction) and Howard Morris (The Andy Griffith Show).

Today, the Flintstones are global icons and the, er, bedrock of the Hanna-Barbera empire. After six seasons, the show spawned spin-offs, movies, toys, comic books, vitamins, cereals, merchandise and more. 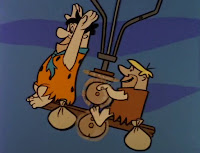 THE FLINTSTONES!...a couple just like the folks you know - except they live in the Stone Age!

When the series went into production, the working title The Flagstones was changed, possibly to avoid confusion with the Flagstons, characters in the comic strip Hi and Lois. After spending a brief period in development as The Gladstones (GLadstone being a Los Angeles telephone exchange at the time), Hanna ...

There have been multiple attempts at new versions of the show over the years, including short-lived series like “The New Fred and Barney Show” and “The Pebbles and Bamm-Bamm Show.” ... 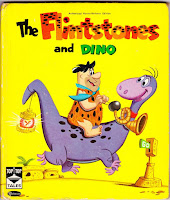 Doesn't this take you back to Saturday mornings eating cereal and watching cartoons? The colors on this Flintstones book are bright and the inside pages are off white and the colors are very bright as well. There are no tears, staining, no writing or coloring on any of the pages. The cover has a bit of age/play related wear, and a label was removed from the back and cause a very tiny amount of loss to the back cover. What a terrific piece to have on display in either a toy or comic book collection! 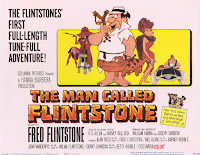 In the film Fred Flintstone is persuaded to take over for an injured secret agent Rock Slag, to whom he is an exact double, by the Stone Age Secret Service. Under the guise of a family vacation to Paris, Fred's mission is to infiltrate the secret organization known as SMIRK whose leader, the Green Goose (voiced by Harvey Korman) is bent on destroying the world with a doomsday ...
By Ken Hulsey - August 15, 2019