Showing posts from September, 2019
Show all

Alien vs. Predator: Thicker Than Blood "If the Predators Don't Get You, the Alien Will!" 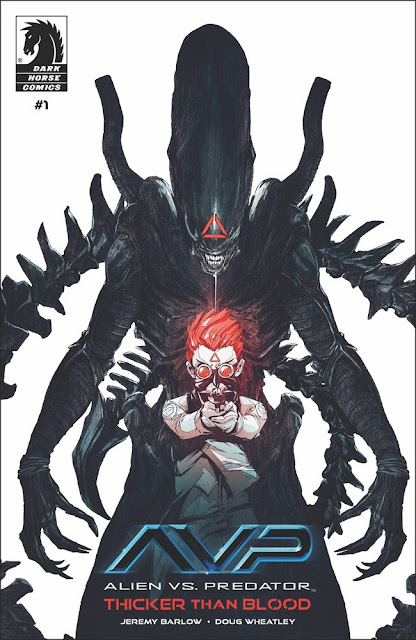 From Dark Horse Comics Starting this December, a terrifying new series will once again pit the iconic Aliens and Predators against each other. From Dark Horse Comics comes Alien vs. Predator: Thicker Than Blood, written by Jeremy Barlow (Star Wars: Darth Maul, Kult), illustrated by Doug Wheatley (Star Wars: Dark Times, Conan: Road of Kings), and lettered by Michael Heisler (Halo: Escalation, Aliens: Dust To Dust) with the cover illustrated by Chun Lo! Alien vs. Predator: Thicker Than Blood kicks off when Predators board a luxury charter spaceship, unleashing a path of terror and bloodshed. An adolescent girl and her younger "brother" are the last to survive, and begin a cat-and-mouse chase with the attackers. They hope for an escape, but they haven’t counted on the Alien... Alien vs. Predator: Thicker Than Blood #1 (of four) goes on sale December 11, 2019, and is available for pre-order at your local comic shop. When monsters collide: Aliens vs Predator Requiem
Post a Comment
Read more 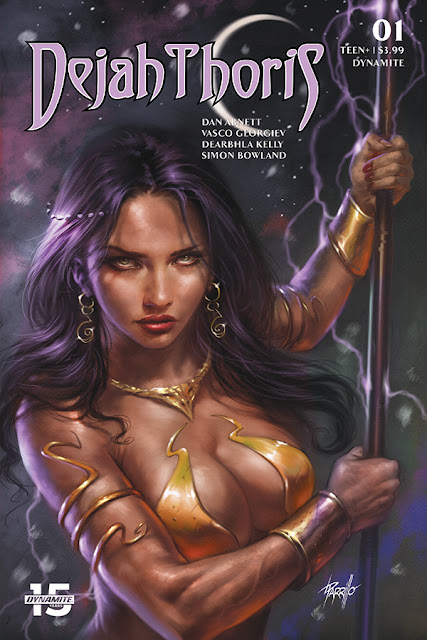 From Dynamite Entertainment DEJAH THORIS is back in a brand new ongoing series by sci-fi superstar Dan Abnett, launching this December! Writer Dan Abnett (Guardians of the Galaxy, Aquaman) and his fellow creators are heading to Barsoom to chronicle the latest tales of Dejah. His co-pilot for this mission is artist Vasco Georgiev (Xena). The crew is rounded out by colorist Dearbhla Kelly (Red Sonja) and letterer Simon Bowland (James Bond Origin). Barsoom has always been a dying world, teetering on disaster, but it may be closer to death these days. Dejah Thoris has been many things in life; a wife, a mother, royalty and an adventurer. Now her role as a scientist must take center stage, as she attempts to investigate why her homeworld is freezing. Other skills come into play when it’s discovered that political factions may be hiding the secrets of this global catastrophe. Glittering palace intrigue and visceral adventure abound in this new series, as Dejah joins her fellow Women
Post a Comment
Read more

The only thing you can't have in Logan's world is your 30th birthday...Unless you run away...And Logan is 29 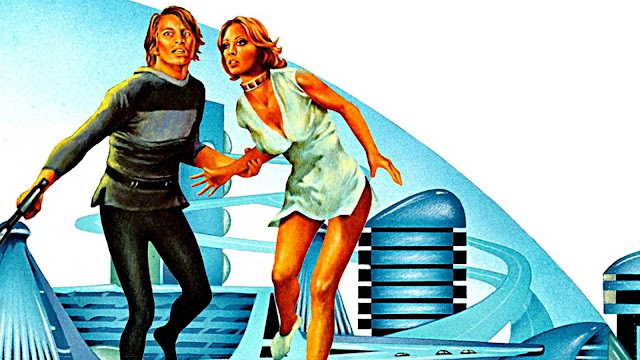 This article has been moved to our new website. Visit: The only thing you can't have in Logan's world is your 30th birthday...Unless you run away...And Logan is 29
Post a Comment
Read more

Beware! "The Werewolf Was Afraid" And Other Classics From Marvel's Vault Of Horror 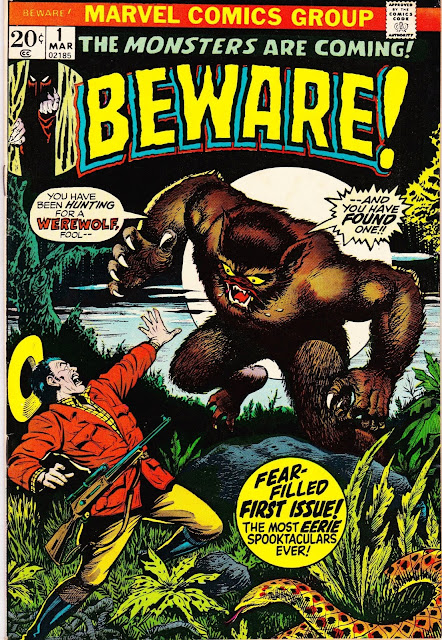 Beware #1 March 1973 Marvel Comics Cover by Bill Everett. Stories by John Romita, Vic Carabotta, Jack Abel, Stan Lee, Larry Lieber, Jack Kirby, Dick Ayers, and Joe Sinnott. "The Werewolf Was Afraid!"; "Too Human to Live!" with art by Carabotta/Abel; "On the Trail of the Witch!" with pencils by Jack Kirby; and "Behind the Door" with art by Joe Sinnott. Beware of these fear-filled suspense stories fill with action, intrigue and, best of all, monsters! All reprints from Menace, Spellbound, and Tales of Suspense. Beware #1 March 1973 Marvel Comics Grade VF - $34.99 - Shop Now An English sports hunter journeys to Austria with the intention of hunting werewolves. Since his sense of fair play doesn't allow him to kill any animal in cold blood without first provoking it to attack, he is mortified when he comes upon a werewolf in a clearing sitting upon a stone reading a poetry book while sniffing flowers. The Englishman thinks that this jus
Post a Comment
Read more

Stand Firm on the Word 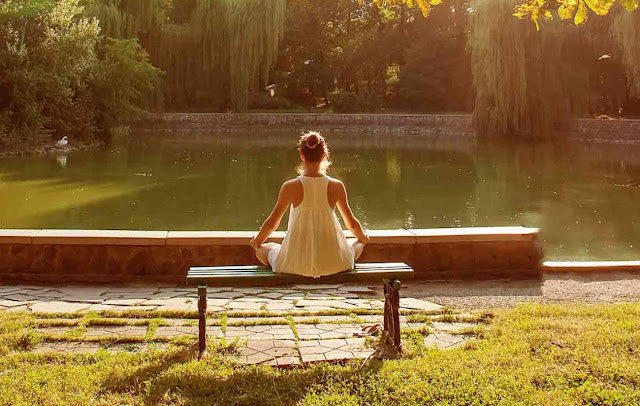 "When most people hear the word idolatry, they think of pagans worshiping statues and assume, "That's one subject that can't apply to me." Oh, yes it can. You don't have to keep a carved, wooden tiki idol in your backyard to be an idolater. You don't have to visit a Buddhist shrine. Any time you worship the thing God created as a god, that's idolatry. We can get so caught up in the things of this world - jobs, money, people, material things - that we forget our purpose here on earth. We should live in the world but not of the world. Spend some time analyzing your walk with the Lord. Are there things that you are placing above your relationship with God? Ask Him to reveal things in your life that are being placed above God." - Tony Evans 1 John 2:15-17 15 Do not love the world or anything in the world. If anyone loves the world, love for the Father is not in them. 16 For everything in the world—the lust of the flesh, the lust of
Post a Comment
Read more 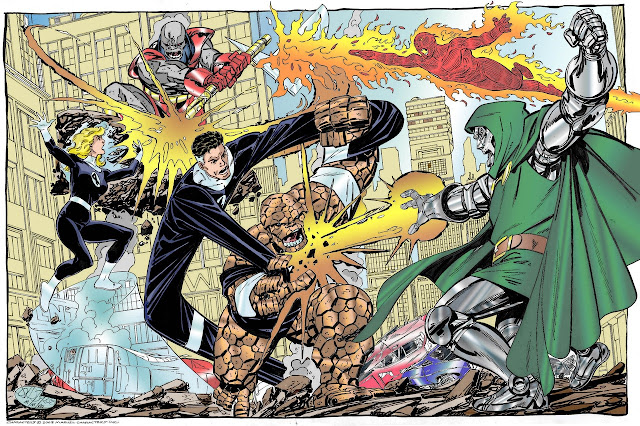 The Fantastic Four Battle Mole Man From Marvel Comics Some might think that the rebirth of the super heroes at Marvel with FANTASTIC FOUR #1 rang an immediate death knell for the giant monsters who had ruled the roost for the previous few years, but that’s not quite the case. In fact, the two carried on side by side for a while. FANTASTIC FOUR #1 marks an interesting merging of the two genres as Stan Lee and Jack Kirby pitted their brand new first family of comics up against, you guessed it, giant monsters. Just look at the cover if you don’t believe us! The issue from 1961 began with each member of the team already equipped with their powers out in New York City until a mysterious figure sent out a Fantastic Four flare that grabbed their attention. Upon the group getting together the reader discovered that Reed Richards called the meeting. After recounting their cosmic ray-filled trip to outer space that granted them amazing powers, the quartet focused on the task at hand:
Post a Comment
Read more

Neither Bombs, Bullets, Jets or Rockets Can Stop Gorgo and Konga 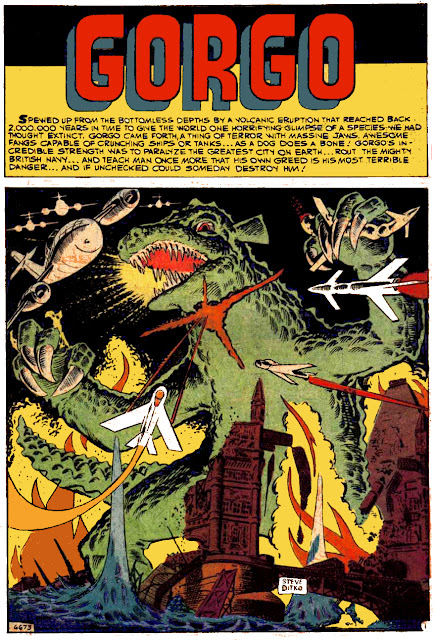 Backstory: Gorgo is a 1961 British-American science fiction monster film in Technicolor directed by Eugène Lourié. The film focuses on Gorgo, a young sea monster brought back to London for exploitation, and Ogra, his even larger mother, who rampages across London to search for him. Charlton's Gorgo comic book series based on the 1961 British-American giant monster film Gorgo, which ran from 1961 to 1965 with 23 issues. The first issue is an adaptation of the film, while the rest are original stories pitting Gorgo and his mother Ogra against various monsters, aliens, and human armies. The comic book series has two sequels, Gorgo's Revenge with one issue and Return of Gorgo with two issues. Every issue of Gorgo was written by Joe Gill. Steve Ditko, the co-creator of Spider-Man and Doctor Strange, illustrated eight issues (1-3, 11, and 13-16). - From Wikipedia After a seaquake, a huge lizard-like creature walked out of the ocean and almost destroyed a fishing village i
Post a Comment
Read more
More posts