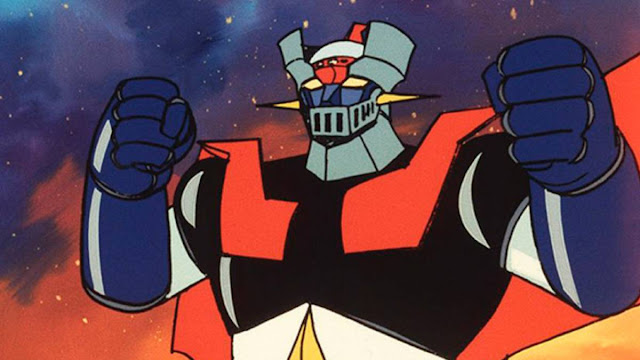 Like much of Nagai's work, Mazinger Z launched in manga and anime form nearly simultaneously. Both versions starred Koji Kabuto, the grandson of a genius scientist, as he fights to protect Japan from the wicked Dr. Hell and his menagerie of bizarre monsters. His main weapon is Mazinger Z, a robot built by Dr. Kabuto out of the mighty Super Alloy Z.

Mazinger Z wasn't the first mecha anime (that honor goes to Tetsujin-28), but it did take the first big step of putting the pilot inside the robot. Prior to this series, robot "pilots" worked off to the side, in a lab, or held on for dear life. Koji's Hover Pilder (the bubble-top car in Z's headpiece) let him work on-site. Plus, Z was the first robot to have a rocket punch attack: a move that's become standard for giant robots and the occasional Lyrical Nanoha character.

The original series ran for 92 episodes, as well as some specials and team-ups with related series, but even that wasn't the end of Mazinger! The series was revisited many times across the years... 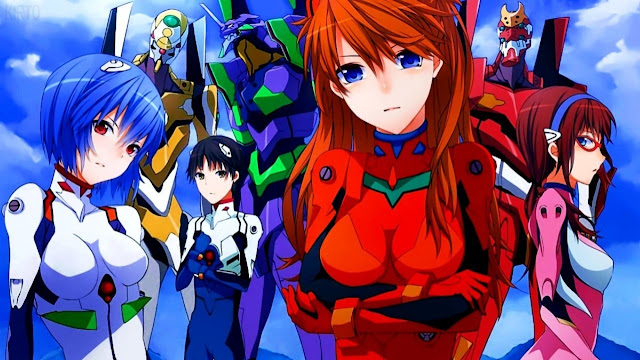 How “Neon Genesis Evangelion” Reimagined Our Relationship to Machines

From The New Yorker

On Friday, Netflix will begin streaming the 1995 Japanese series “Neon Genesis Evangelion.” The event marks one of the biggest anime acquisitions in history. For years, “Evangelion,” which is known for its combination of science fiction, dense psychological themes, and religious imagery, was a kind of Holy Grail for anime fans, much admired but near-impossible to find. (Legally, that is.) Still, the reach and influence of the series can still be felt today, in the way that “Evangelion” revolutionized a genre and its depiction of the relationship between human and machine.

The genre in question is “mecha,” which is also the name of its principal element: big robots. After the age of kaijū eiga, or big-monster movies, like “Godzilla,” in the nineteen-fifties, a cluster of robots hit the scene in the sixties and seventies, including “Mazinger Z” and “Mobile Suit Gundam,” one of Japan’s largest franchises and a seminal example of the genre. (The Gundam franchise, which celebrates its fortieth anniversary this year, now comprises more than thirty series and movies—and a life-size Gundam statue in Tokyo.) The eighties introduced mechas like “Voltron” and “The Transformers,” the former of which has been resurrected, by Netflix, as a popular animated series, and the latter of which has been beaten into cinematic submission by Michael Bay. Since “Evangelion” premièred, in the nineties, there have been several other popular mecha: “Gurren Lagann,” “The Vision of Escaflowne,” “The Iron Giant,” “Full Metal Panic!,” “Eureka 7,” “Pacific Rim,” and more. 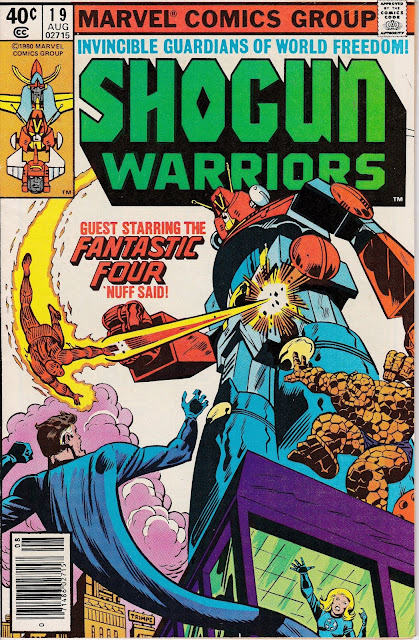 Part 1 of 2 - "The Giant of Manhattan!":
Guest-starring the Fantastic Four
The Shogun Warriors protect planet Earth from the threats that come from beyond the stars, but even they need a little help sometimes. Combatra must team up with Marvel's First Family to take down a mechanical menace that dwarfs even the mighty Shogun Warriors! 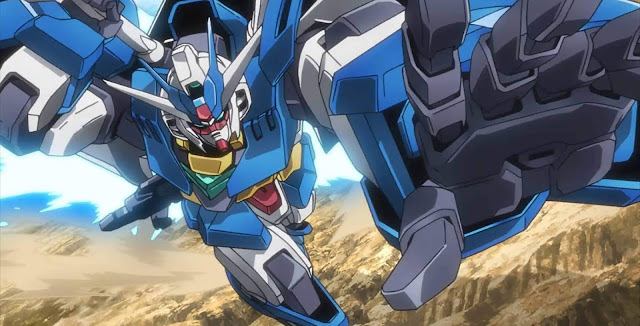 The Secret of Gundam's Success Explained

Well known anime streaming site, Crunchyroll has put together a mini-documentary on the massive success of the Gundam franchise. Gundam began in 1979 with the release of Mobile Suit Gundam. From there, the franchise would receive numerous shows, video games, manga, and of course, the plastic model kits.

To date, Gundam has received over 15 television shows. The impact of the franchise on popular culture cannot be overstated. Gundam is arguably the most popular of the mecha genre, though you can find many Gundam-like robots in countless anime, such as The Vision of Escaflowne and Eureka Seven. The franchise is best known for its emphasis on warfare, something that other anime in the robot genre didn't really focus on until Gundam. Gundam remains popular worldwide, and a live-action adaption of Gundam is even being prepped by Legendary Entertainment, with Brian K. Vaughn reportedly working on the script. 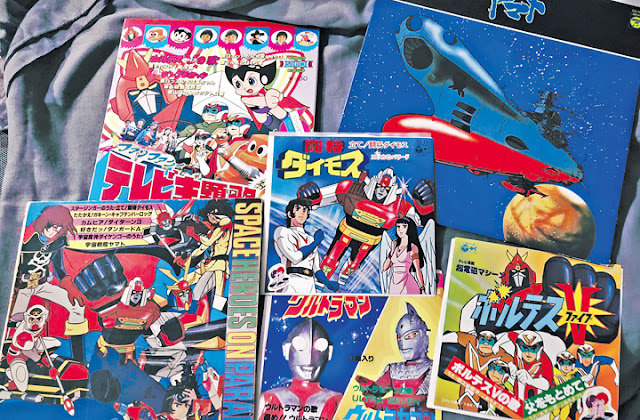 VINYL records aren’t the only bit of nostalgia items enjoying a revival.

Also popular once more are those old Japanese animé soundtracks from the 1970s that feature theme songs from Voltes V, Mazinger Z, Daimos, Mekanda Robot, and other mech shows that captured the imagination of Filipino youth in the latter part of the said decade to the early 80s.

These records are desirable among local fans, but in a bit of a twist, the Philippine pressings are just, if not more desirable, than their Japanese counterparts. The reason is that the local pressings contain English versions of these theme songs.

During those years, OctoArts, Vicor, and WEA Records all released different products from the Japanese versions to the English versions. Many came out as 7-inch record, and there were a few that were released as 12-inch full-length pressings. 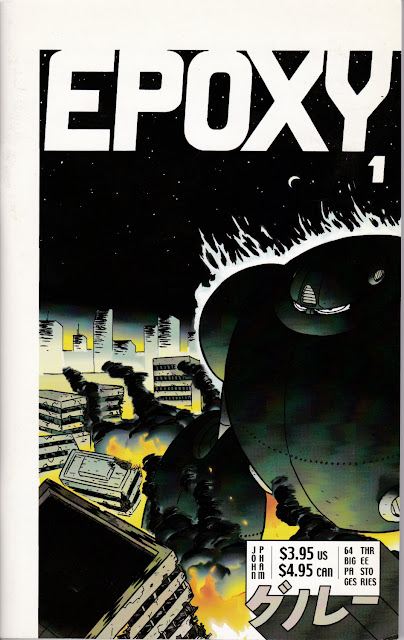 Rogue giant robots threaten to destroy Tokyo unless an unlikely hero steps forward to stop them. 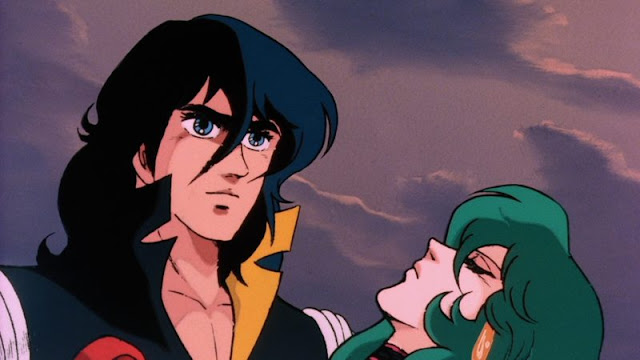 From The Havana Times

It was the end of summer 1987, I was 10 years old, and Trianon was still a movie theater at the time. Darkness. The first image: The fog disperses as dawn breaks behind a lighthouse where the protagonist looks out at the waves: “The sea… It’s contaminated with radiation… Will it ever be blue again?” This is how the animated Japanese feature movie Yaltus begins, with Frank Gonzalez doing the voice-over for Marin in ICAIC’s Cuban dubbing. It was an uneasy movie to watch, with heartbreaking moments and a pessimistic message, which really left a deep mark on me.

Planet S-1 is contaminated with radiation. When a scientist builds a machine to purify the contaminated air, General Galvez orchestrates a coup d’etat and destroys the purifying machine, murdering the scientist. He lies to his people as a totalitarian Messiah. He declares S-1 uninhabitable and goes aboard a giant fortress with 100 million people to conquer a pure planet where they can live: Earth. A planet which is surprisingly similar to S-1, more backward technologically-speaking, but its Nature is still alive. Coincidence?

Marin is a pilot, the murdered scientist’s son. He longed to see the blue sea on his planet S-1 and he is fascinated by Earth’s nature. Resenting General Galvez (taking the voice of Julio Alberto Casanova), he begins to collaborate with the earthlings in their fight to protect Planet Earth. However, he never completely adapts: He is considered a traitor by his fellow Planet S-1 men and most earthlings are suspicious of him, especially of the other two pilots who fly the robotic spacecraft “Yaltus”. The other protagonist in the story is Astorga, General Galvez’s adopted daughter, the person who is leading the conquest of Earth.