Frankenstein: The walking nightmare that frightened the world! 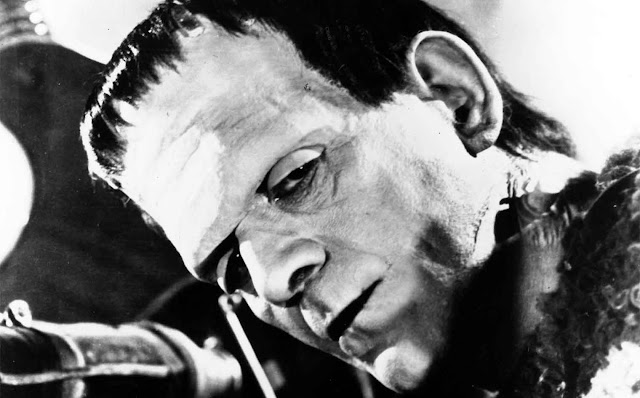 The untold truth of Frankenstein

When someone brings up Frankenstein, just about everyone has the same mental image: a hulking, gray-green leviathan of an undead man, probably with stitched-together body parts and bolts in his neck. He moans and groans and walks stiffly, with his arms outstretched before him. But this is not the image put forth in Mary Shelley's original novel, Frankenstein; or, The Modern Prometheus.

Modern viewers of Frankenstein-inspired media have nearly a century's worth of film, television, and other media adaptations to thank for the pop culture phenomenon known as the modern Frankenstein. Each version varies, some sticking close to Shelley's original intention of a pitiable creature not meant to walk the Earth, some going for the shock and scare value of the terrifying undead killer. But all of them combined — stitched together like the parts of a dead man brought to life — have created not a monster, but a landmark of horror entertainment.

How did this happen? Here's the story of Frankenstein's long journey from foundational sci-fi novel to pop culture icon.

The story of a mad scientist creating a monster stitched together from various body parts has contributed to one of horror’s most enduring monsters. With it, two centuries of plays, movies, and television adaptations. Some adhering close to the material and some making major changes to make the story their own.

Whether tragic, sympathetic, or flat out terrifying, these 8 portrayals of Frankenstein’s monster are the best. 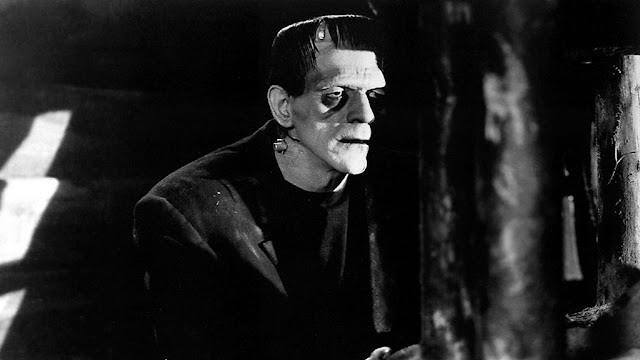 Arguably the most iconic take on the character, Karloff’s performance in Frankenstein launched him into stardom at the age of 43. Understandably so. Karloff only played the monster in three films, yet it’s his portrayal that’s often considered the definitive version. His large, lumbering movements perfectly capture an assembled undead monster trying to work his way through limited motor skills, complete with his trademark grunts and groans. Karloff plays the monster as both naïve and intimidating, and it works like a charm. 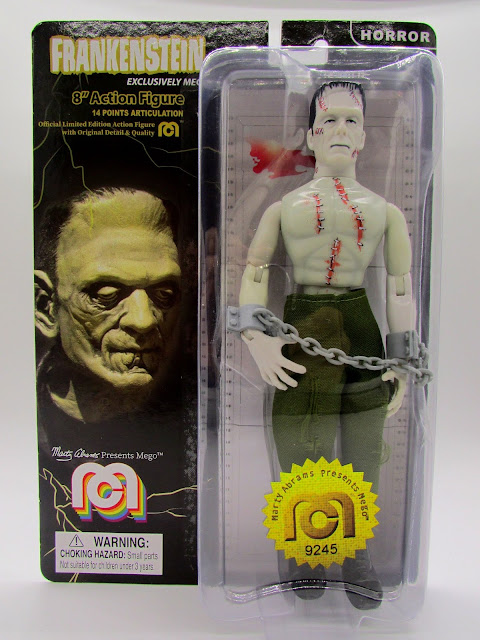 This figure is eight-inches and true to the original Mego style. Built in Victor Frankenstein's laboratory using chemistry and alchemy, the creature was created using body parts from mulitple sources and stiched together. This highly detailed Mego version of Frankenstein's creature depicts him as this patchwork creation, showing all the bloody stitches and sutures that hold his body together. Frankenstein is a must-have figure for your horror collection. Figure stands 8'' tall and has 14 points of articulation. Made of PVC. Washable. Official Mego Collector Foil Stamp. Limited edition serial number. Accessories include a chain. Glow in the Dark. What an amazing addition to any comic, horror or toy collection!

Baron Victor Frankenstein is a burgeoning mad doctor who decides to embark upon a dangerous and controversial experiment, building a creature from the remains of the dead in the hopes of creating a new life.

The Universal adaptations of Mary Shelley’s Frankenstein have long been held up as the definitive big-screen interpretation of this iconic tale of a mad doctor playing God. And while those films are iconic for all the right reasons, they are not the only films to break new ground with this familiar story. Long after the Universal franchise had burned itself out, an unknown little studio in England was just about to burst onto the scene with a much more colourful and bloody take on the material. It’s the film that introduced the world to Hammer Horror; this is The Curse of Frankenstein.

Fearing the wrath of the Universal legal department who watched this film with piercing eyes and presumably with fingers over a giant button labelled “lawsuit”, the good folks at Hammer wisely decided to take their interpretation of the story of Frankenstein in a direction that is in many ways the polar opposite of the original classics. 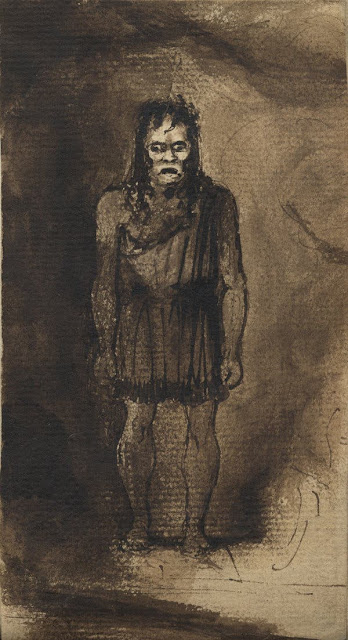 Last year marked the 200th anniversary of Mary Shelley’s “Frankenstein.” Given the book’s extraordinary influence across a swathe of cultural and scholarly fields, the outpouring of books, articles, symposia, exhibitions, films, television and more celebrating this bicentennial—not only the novel but also Frankenstein as a remarkably durable cultural icon all its own, quite independent of the novel—is anything but surprising. The book under review, “Frankenstein: Annotated for Scientists, Engineers, and Creators of All Kinds,” is part of that celebration, offering a new critical edition of “Frankenstein,” with the twist in that this edition is intended for—well, the audience named in the title: scientists, engineers and “creators of all kinds.“

The list of critical editions of “Frankenstein” is not short, and it’s fair to ask whether the “scientists” and “engineers” of the title is more than just a marketing gimmick by MIT Press. Does it really offer explanatory background usefully and specially directed to a readership envisioned to be the STEM community? The critical essays accompanying the text are eclectic, cross-disciplinary, and incisive, and they include contributions from beyond the academy, such as the essays by science fiction authors Elizabeth Bear and Cory Doctorow. The book’s “Introduction” (by renowned Frankenstein scholar Charles E. Robinson) is authoritative, yet accessible, and firmly situates both Shelley and her novel in relation to our contemporary tech-oriented age.

But the most important way in which this new edition undertakes its outreach to the STEM community is through the many “annotations” appearing as footnotes in the text. Far more than the usual quick factual explanations for students, this volume’s annotations are authored by researchers, scholars and commentators from many different fields. These annotations often raise novel questions about technology and society, extrapolating from the technological conditions suggested by the novel into terms that might emerge today, alongside the more usual role of explanatory footnotes in a student text. 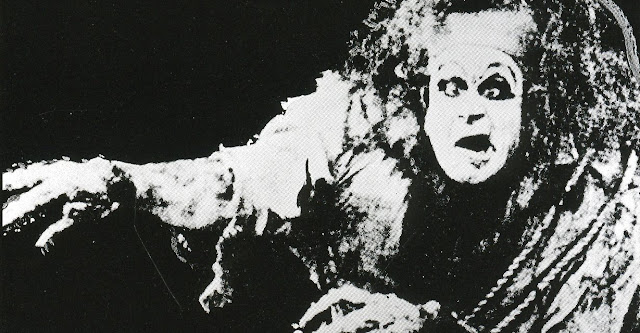 THE BEST, WORST AND WEIRDEST ADAPTATIONS OF FRANKENSTEIN

From The SyFy Wire

During the summer of 1816, Mary Godwin took a trip to Lake Geneva, Switzerland, with her future husband, the poet Percy Bysshe Shelley. Their plans were to visit the infamous Lord Byron, the poet, and lover of Mary's stepsister, Claire Clairmont. During their stay at the Villa Diodati, they met Byron's friend, Dr. John Polidori. That summer was infamously cold and dreary, so the guests of Byron decided to entertain themselves by reading ghost stories. Byron proposed that he and his guests each write their own. It took Mary a long time to come up with something, but eventually, after a grim "waking dream," she was inspired to write the tale of Frankenstein.

The origins of Mary Shelley’s Frankenstein are almost as iconic as the tale itself. The book, first published in 1818, when she was only 20 years old, has widely been credited with creating the entire science fiction genre. Everyone, even those who have never read the novel, has a basic understanding of what Frankenstein is about and what it represents. This is the defining tale of man's hubris in the face of life-or-death situations he can never wholly comprehend. Frankenstein is the name that has become a stand-in for the mad scientist, the fool who refuses to accept that he cannot control everything. Returning to the source material, it's a surprise to find out how meticulously crafted it is and steeped in gothic horror — no real shock when you think about its origins.

Upon its original publication, many critics praised the novel, but just as many slammed it for blatantly sexist reasons. While it was originally published anonymously, many knew that Shelley was its author, and The British Critic attacks the novel's flaws as her fault: "The writer of it is, we understand, a female; this is an aggravation of that which is the prevailing fault of the novel; but if our authoress can forget the gentleness of her sex, it is no reason why we should; and we shall, therefore, dismiss the novel without further comment." Yikes. 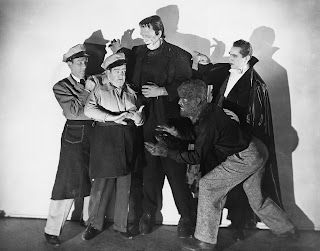