Them!: A horror horde of crawl-and-crush giants clawing out of the earth from mile-deep catacombs! 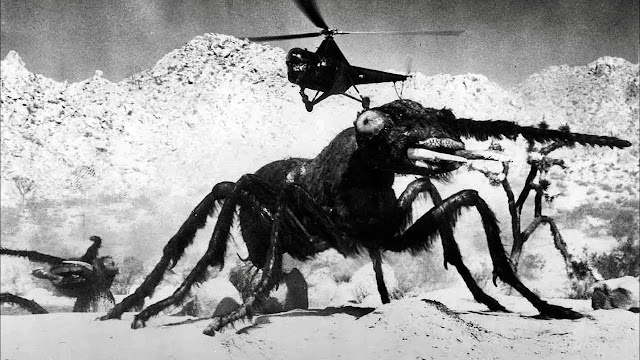 11 Fun Facts About Them!

In the 1950s, Elvis was king, hula hooping was all the rage, and movie screens across America were overrun with giant arthropods. Back then, Tarantula (1955), The Deadly Mantis (1957), and other “big bug” films starring colossal insects or arachnids enjoyed a surprising amount of popularity. What kicked off this creepy-crawly craze? An eerie blockbuster whose impossible premise reflected widespread anxieties about the emerging atomic age. Grab a Geiger counter and let’s explore 1954's Them!.

When World War II broke out, the knowledge Ted Sherdeman had gained from his career as a radio producer was put to good use by Uncle Sam, landing him a position as a radio communications advisor to General MacArthur. However, the fiery conclusion of the war left Sherdeman with a lifelong disdain for nuclear weapons. In an interview he revealed that upon hearing about the 1945 bombing of Hiroshima, he “just went over to the curb and started to throw up."

Shifting his focus from radio to motion pictures, Sherdeman later joined Warned Bros. as a staff producer. One day he was given a screenplay that really made his eyes bug out. George Worthing Yates, best known for his work on the Lone Ranger serials, had decided to take a stab at science fiction and penned an original script about giant, irradiated ants attacking New York City. "The idea appealed to me very much,” Sherdeman told Cinefantastique, "because, aside from man, ants are the only creatures in the world that plan to wage war, and nobody trusted the atomic bomb at that time.” (His statement about animal combat is debatable: chimpanzee gangs will also take organized, warlike measures in order to annex their rivals’ territories.) 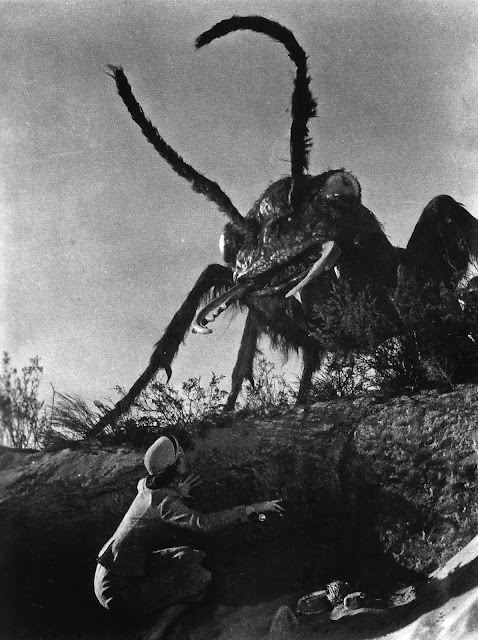 HOW THEM! AND THE ATOMIC INSECT MOVIES OF THE '50S CHANGED HOLLYWOOD FOREVER

The '50s were a tumultuous time for Hollywood: the studio system that had built the film industry was on its last legs, the traditional double feature was going the way of the dinosaur, and the rise of drive-ins, television, and Cold War paranoia were changing audience demands. This was, in many ways, the first real challenge faced by the motion picture industry; with so much shifting and uncertain, how, exactly, were moviemakers supposed to adapt?

With giants bugs and flamethrowers, obviously.

While it may not seem it on the surface, Them!, a 1954 opus about atomic ants terrorizing the southwest, was a watershed moment in film history, and it changed what science fiction could be going forward.

But first, the past: As impossible as it might seem right now, the early years of the motion picture industry were not particularly kind to sci-fi, the successes of Flash Gordon and Superman serials notwithstanding. The genre's luck only began to turn in the early 1950s, with, perhaps fittingly, the mutation of the B-movie. 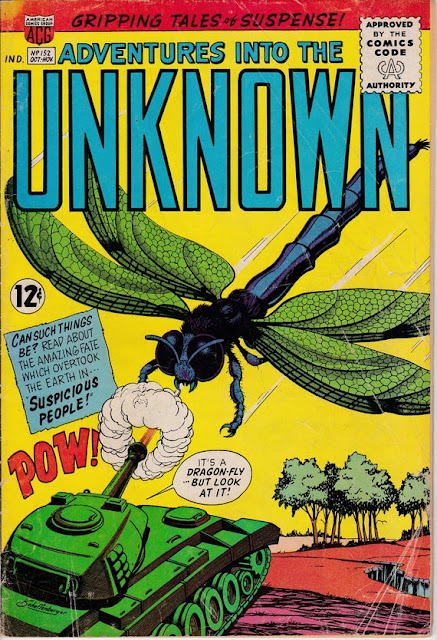 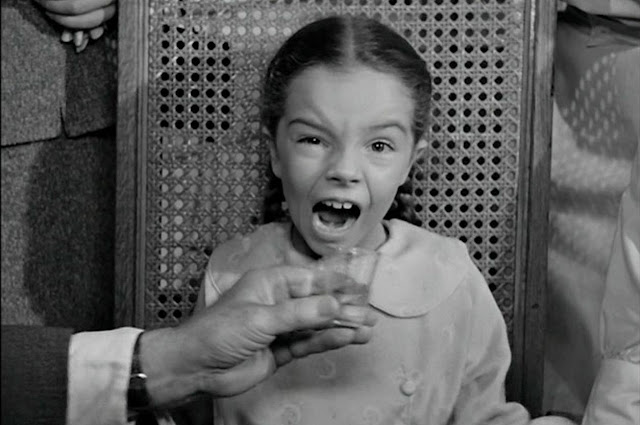 Insects play a vital role in the ecosystem. Ants play an essential role in horror and sci-fi films: to terrify audiences. Ants are everywhere. In fact, ants are the most common residential pest in the US. Once these insects find their way into your home, they search out a food source. Upon finding one, ants won’t leave. Although tiny, ants can be scary looking. Tales of their incredible strength and, in some parts of the world, poisonous bite, frightens people. Is it any surprise that marauding ants star in cult movies?

The notorious poster for Phase IV (1974) depicts a dying hand with an ant crawling through a gaping hole in the palm. And this was a PG-rated film. The movie’s title refers to the “cosmic event” that kicked in evolutionary processes in ants. The insects become smart and more resilient. Strangely, the ants are creating geometric objects in the desert. When a scientific team goes to investigate, they discover the ants possess advanced intelligence and even more aggression. An investigative team out to study the ants finds itself facing the wrath of the ants.

Them! (1954) stands as an all-time classic science-fiction film. The New Mexico desert provides the setting for the film, a movie featuring gigantic, 8-foot ants. The ants mutated due to nuclear tests in the desert. Them! packs a powerful impact not only due to the terrifying look of the monstrous ants but also from the feature’s themes. Them! serves as a metaphor for the incredible dangers of nuclear weapons. 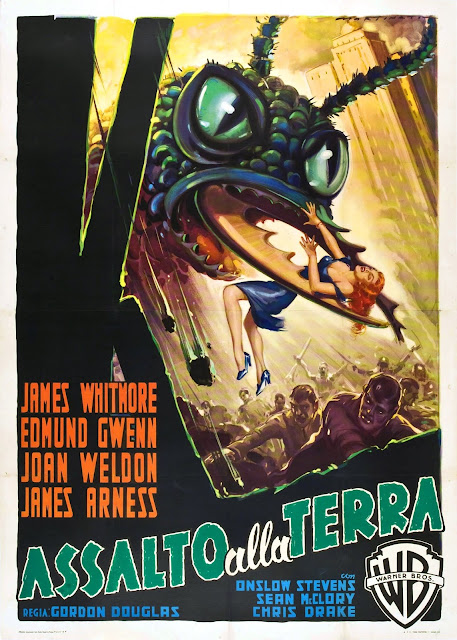 Horror Through the Decades Presents: THEM! (1954)

The ’50s was the apex of what are sometimes referred to as “Creature Features.” Films that were wildly successful at drive-in and movie theaters across the U.S. containing weird monsters wreaking havoc over the population that are nearly uncontrollable. Creature From The Black Lagoon, Godzilla, The Blob, The Beast From 20,000 Fathoms, and many, many more graced the screens of theaters across America throughout the 1950s. Of course, the world’s fascination with renegades of nature bringing destruction, or man’s interference with nature bringing about unnatural things, is a tale as old as industrial civilization itself.

THEM! was made nine years after the atomic bombs were dropped on Hiroshima and Nagasaki in World War 2. George Worthing Yates (It Came From Beneath The Sea, Attack of the Puppet People) who wrote the original treatment from which the screenplay was adapted, in addition to screenwriters Ted Sherdeman (Men Into Space, Latitude Zero) and Russell Hughes (Jubal, Playhouse 90) have a very clear bias against the use of nuclear weapons, which was not the attitude amongst most of the general public.

The writers and the director, Gordon Douglas (Fortunes of Captain Blood) are not subtle about their distaste for nuclear warfare. The message may appear to be a bit heavy-handed. However, at the time, due to the fact that the cold war had really risen into the public consciousness a few years prior, and the fear of nuclear war with the USSR was constant, the subject matter is completely relevant to the sociopolitical landscape of the era in which it was released. The reason I mention this is that the “them” in THEM! are giant eight-feet-high ants. The way that they became as large as they are is because they were born close to White Sands, New Mexico, where the first atomic bomb was dropped in a test prior to its use in WWII. 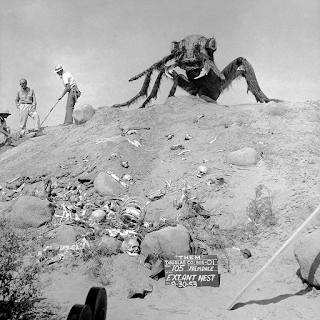 The Monstrous Movie Quote Of The Day: Dr. Harold Medford (THEM! 1954)