Star Trek: How It All Began 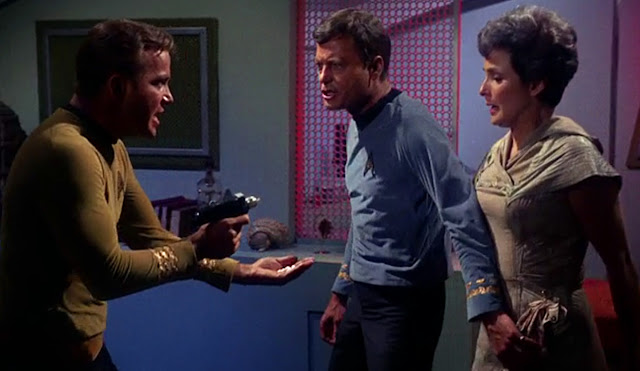 From the very beginning "Star Trek" was something different. Never before had a 'true' sci fi series of it's magnitude been attempted on television. True, there were plenty of sci fi series that proceeded it like "Lost in Space", "Voyage to the Bottom of the Sea" and most notably, "The Twilight Zone", but Trek was in a different class, and the scared the crap out of the suits at NBC.

From the get go NBC wasn't sold on the show, the pilot episode that Gene Roddenberry delivered to the network, 'The Cage', wasn't what he had promised them, a western set in space, but a pure sci fi story. More "Forbidden Planet" than "Wagon Train", and the execs didn't like it. Well, to be honest, they didn't understand it, feeling that the episode was "too cerebral" for your average American TV viewer.