Godzilla Goes Prime-Time! - Godzilla vs Megalon On NBC In 1977 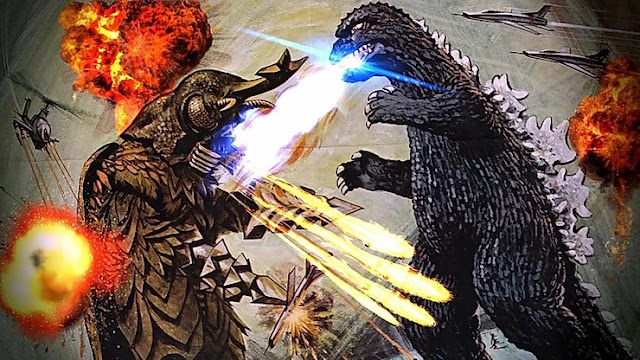 From The Monster Island News Archives

I thought that it would be a good idea to explain just how I became a Godzilla movie fan and how much the Japanese giant monster genre has influenced my life.

For me, personally, being a child of the 1970s, the fact that I have become a life-long fan of Godzilla, and other giant monster films came quite naturally.

For those of you who were also around in the groovy 70s, you already know that the decade was dominated by dinosaurs. Indeed 70s pop-culture is littered with prehistoric terrors. You really couldn't escape them, there were the Saturday morning kids shows, "Land of the Lost" and "Valley of the Dinosaurs", major motion pictures like, "The Land That Time Forgot", "The People That Time Forgot" and "The Crater Lake Monster", and television movies like "Last Dinosaur", heck, they were even in comic books like, "Turok Son of Stone."

I, like almost all of my male peers, loved dinosaurs, and what true  red-blooded, American boy doesn't?

Now, the pivotal moment, when I went from just being a dinosaur nut, to a Godzilla nut, came in 1977, when the NBC network aired "Godzilla vs Megalon" on prime-time television.

I remember thinking to myself as I watched the commercial for the show, "That is the biggest dinosaur that I have ever seen! (referring to Godzilla) That's so cool!"

As many of you may remember, NBC's nation-wide broadcast, of the dubbed 1973 Toho production, was hosted by John Belushi, who wore a Godzilla costume created by Robert Short for the 1976 film,"Hollywood Boulevard". Belushi, played the part of a late-night horror host, and provided comedy skits before, and after commercial breaks.

The film itself, was cut in half to fit into an hour-long time slot, and was played mostly for laughs. Many Godzilla writers and historians look back at this event as one of the low-points in G history.

In actuality, that was not the case at all. Granted, the NBC airing of "Godzilla vs Megalon" was meant to spoof Japanese giant monster movies, but the broadcast actually spawned a huge boom in Godzilla popularity here in the United States.

Many Americans , like myself, had never been exposed to Godzilla movies and the prime-time NBC broadcast brought the monster into homes across the country for the first time.

I was in love. 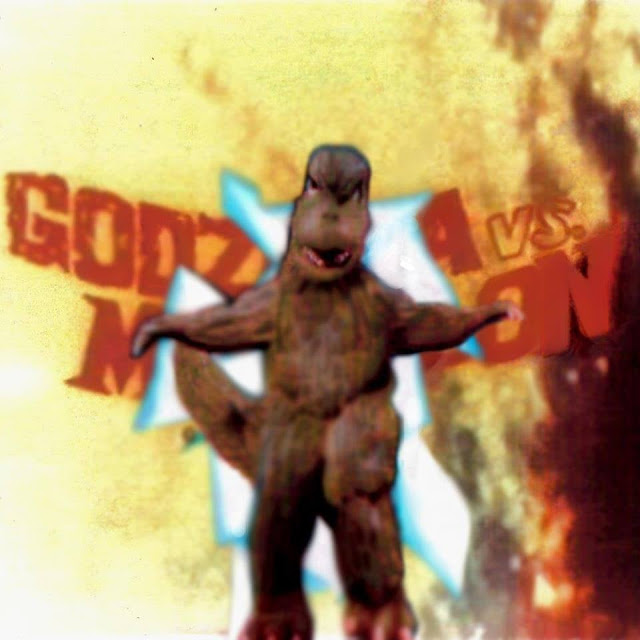 Though, "Godzilla vs Megalon" is one of the poorer entries into the long-running film series, it's quirky style and over-all strangeness caught the attention of the American public.

For me, any movie with a 200-foot-tall dinosaur, giant robot, and giant bugs, was a dream come true. Granted, I was only ten at the time, but I had already been baptized into sci-fi by the movies and shows I mentioned earlier.

I was also huge fan of the "Planet of the Apes" movies and "Logan's Run", so I knew cool when I saw it, Godzilla was now the king of cool now in my little world.

There was an undeniable boom in Godzilla related items almost immediately after the movie aired. Within a year, there were an influx of Godzilla toys, including the infamous Shogun Warriors "Godzilla", a Marvel comic book series, "Godzilla: King of the Monsters", and the Saturday morning Hanna-Barbera animated series, "The Godzilla Power Hour."

Despite arguments to the contrary, "Godzilla vs Megalon", even in it's severely chopped form, firmly planted Godzilla into the American pop-culture mix, where it has remained for over three decades.

Though many younger fans may not realize it, they probably can, in some part, trace their exposure to Godzilla films back to this event.

As a side note, Belushi would wear Robert Short's Godzilla suit once more, this time for a skit on Saturday Night Live. In the bit, Godzilla is interviewed by Baba Wawa (Barbara Walters) played by Gilda Radner. 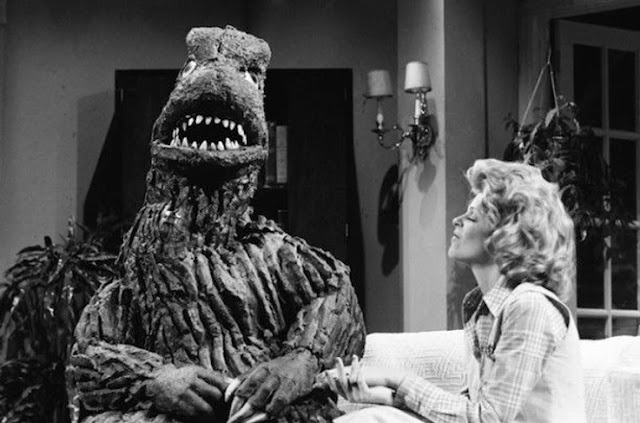 Here is an excerpt:

Godzilla: Yes, it sure is! You know, you just can't away from this -- you know, I'm working here, uh, this is where I'm gonna make my home -- Los Angeles!

Godzilla: Uh, no. You know, a lot of people think I'm from Japan, or a muppet, you know? Actually, uh, I'm -- I'm neither. Actually, I'm, uh -- I'm Hawaiian! I was born in a crater off the coast of Awahoo[?], and... my egg was hatched from the warmth of a lava flow during an eruption from a dormant volcano.

Godzilla: Yes, I am. Sure! I went to high school with Bette Midler!

Godzilla: We went steady together for TWO years! [ he mimes physical action ]

Baba Wawa: Uh, Godziwwa, if I could get pewsonal with you fow a moment... wouwd you say thewe was any pawticuwaw weason why you went into show business? I mean, coming fwom an unhappy chiwdhood..?

Godzilla: Well, uh, I was hatched from an egg -- you could say I came from a broken home!

For me, the NBC airing of "Godzilla vs Megalon", spawned an amazing life of Godzilla fandom, and stands out as an event I will always treasure. 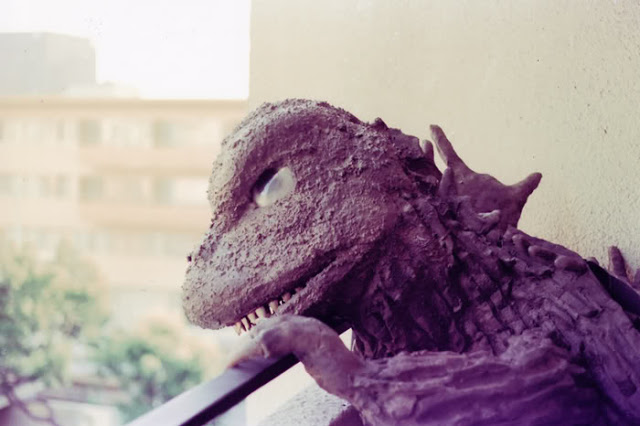 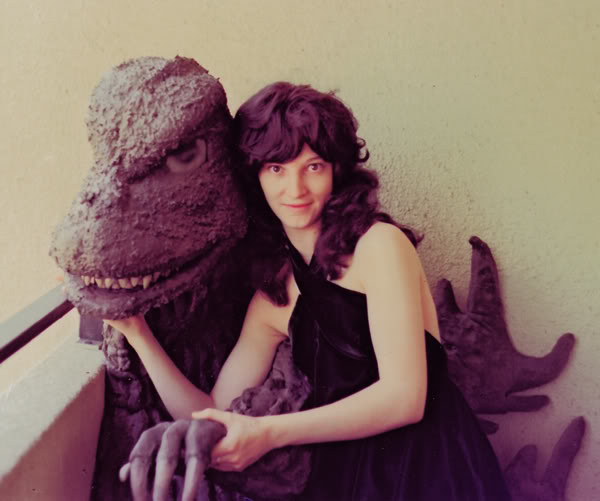