All Monsters Attack (aka Godzilla's Revenge)(1969)(Toho) 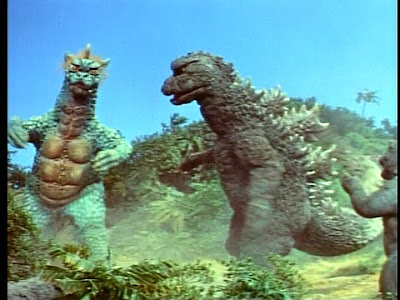 You would be hard pressed to find a more misunderstood monster movie than Toho's 1969 entry into the long line of Godzilla films, "All Monsters Attack" (Godzilla, Minilla, Gabara: All Monsters on Parade or Godzilla's Revenge - US Title). Ask any Godzilla movie fan what he (or she) thinks of the film, and you are likely to get a scorn remark and a sour face in return.

The reasons for this often very vocal backlash towards the film come in many different forms for many different reasons. Mostly though, fans dislike the movie, because it is a kids movie, a fact sometimes lost on those who strongly criticize it.

Indeed, for the 10th film in the Godzilla line, Toho opted to do something different. They decided to make a Godzilla movie aimed for a juvenile audience exclusively.

The reasons for this move are many. One, by the late 1960s Godzilla had evolved from a city smashing villain to a hero, and therefore had become beloved by younger audiences around the globe. Two, a film that revolved around a small child, that was filmed on 'real life' locations (mostly) instead of expensive fantasy sets, meant that the studio could keep it's costs down. Also, Toho knew that they would be without the services of special effects whiz, Eiji Tsuburaya, due to illness, so a smaller scale film with limited effects (utilizing a lot of stock footage actually) would be in order. 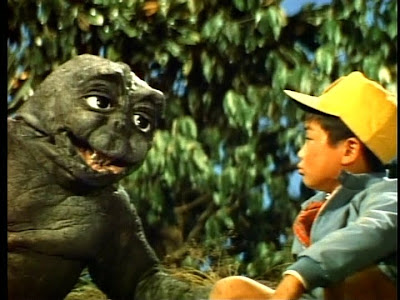 All of these elements didn't sit too well with Godzilla's older fans, who were looking for more from the film that would directly follow the hugely successful, "Destroy All Monsters."

It also wouldn't help that the film's two main stars were the 8-year old Ichirô Miki, played by Tomonori Yazaki, and Godzill's son, Minilla (Minira) played by 'Little Man' Machan in the costume and voiced by Midori Uchiyama.

Godzilla, the mighty 'King of the Monsters', was nothing more than a supporting character, only called upon when Minilla couldn't hold his own versus the much larger monster, Gabara, the monster island counterpart to a bully by the same name, in Ichiro's life.

Otherwise, all the other scenes that include Godzilla would come in the form of stock footage from "Godzilla vs The Sea Monster" and "Son of Godzilla."

Again, not what the fans were expecting. 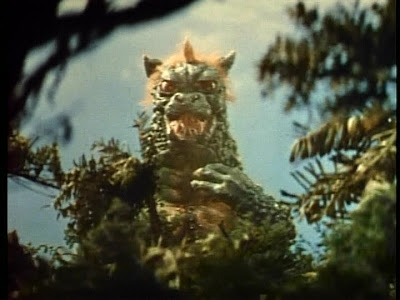 Here is the plot:

Ichiro is a highly imaginative but lonely latchkey kid growing up in urban Tokyo. Every day he comes home to his family's empty apartment. His only friends are a toymaker named Shinpei Inami and a young girl named Sachiko. Every day after school, Ichiro is terrorized by a gang of bullies led by a child named Gabara. After seeing Godzilla attack the docks of Tokyo, to escape his loneliness, Ichiro goes to sleep and dreams about Monster Island, where he befriends Minilla, the son of Godzilla. During through parts of the adventure, they both watch Godzilla battle monsters such as Ebirah, Kamacuras, Kumonga, and the Giant Condor (also known as Condra).

Through these adventures, Ichiro watches as Minilla deals with his own bully, a monster also named Gabara. Godzilla sees this happen to Minilla. To train Minilla, Godzilla makes him fight. Then Ichiro helps Minilla fight back at Gabara and wins through some help of Godzilla. It is through these trips that he learns how to face his fears and fight back. These lessons also grant him the courage to outwit two bumbling bank robbers, as well as have the guts to stand up to Gabara and his gang in a final confrontation.

I also want to take a moment to mention that the late Eisei Amamoto, who plays the toymaker, Shinpei Inami, in "All Monsters Attack", also played the evil Dr. Who in "King Kong Escapes". 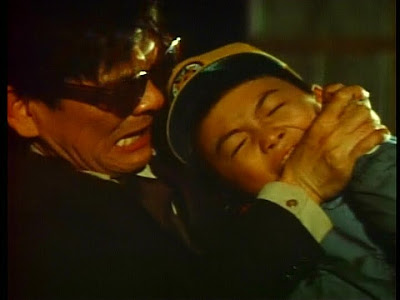 Now, I know that I am in the minority on this one, but I really enjoy "All Monsters Attack." I think because I understand that it is a kids movie, plain and simple. That being said, I feel that I can also say that it is a really good kids movie, especially for the time period in which it was made.

Granted, the Godzilla action in the film, is week at best, and the monster Gabera, isn't one of Toho's better monsters.

Maybe my thoughts about the film are somewhat clouded by my fond memories of watching it on summer afternoons as part of the yearly, "Giant Monster Week", on "Dialing for Dollars" in Albuquerque during the early 1980s?

Every year they would show, "Rodan", "War of the Gargantuas", "Godzilla vs The Cosmic Monster", "The Giant Claw" and "G's Revenge."

This, of course, was back before the Godzilla films were available on DVD, or even VHS for that matter. Back then, you felt lucky when your local station aired any kind of sci fi or monster movie.

Well, enough of my reminiscing. 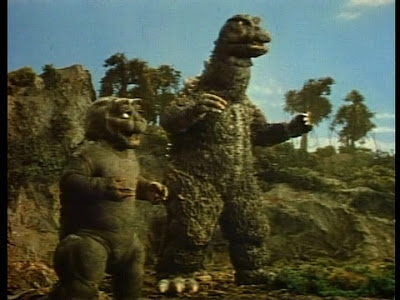 "All Monsters Attack" a misunderstood film? I think so.

As true childrens cinema, the movie really works well. As a monster movie, it is lacking. The trick to enjoying it is to watch with a younger person. They generally get a big kick out of it and in return you get a chance to look at it through their eyes, which puts a different perspective on it.

What, would you rather have your kids watching "Barney" or that awful "Iron Man" cartoon?

Here are some more photos from "All Monsters Attack": 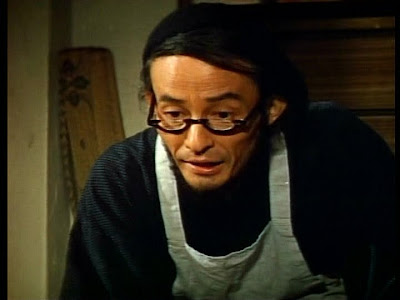 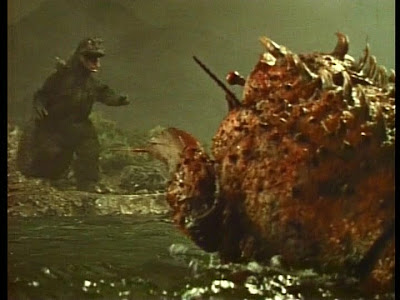 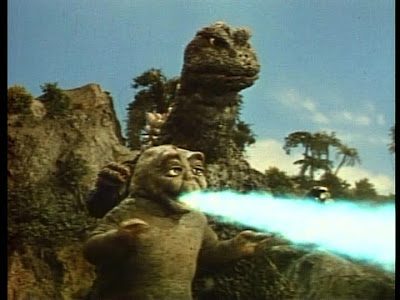 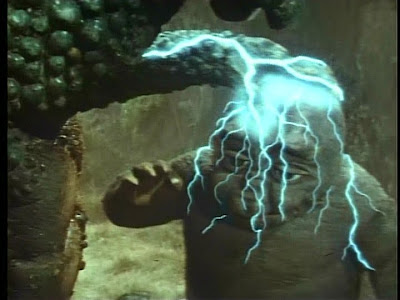 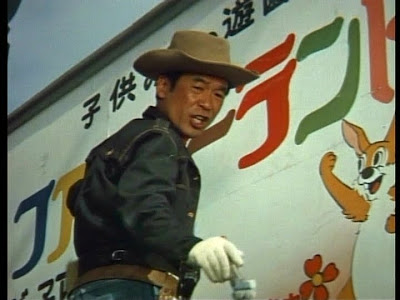