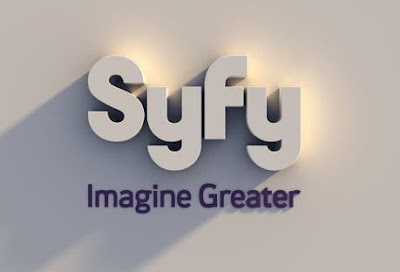 Now that mega pythons and gatoroids have been tamed, the survival of the planet is threatened by a murderous giant sculpture and rampaging escaped aliens in the February Syfy Saturday Original Movies.

Directed by Jason Connery -- Sean Connery’s son -- Area 51 premieres Saturday, February 26, at 9PM (ET/PT). In the movie, the Air Force decides to allow a few reporters into the most secretive base on the planet, Area 51, but the visit turns into violent mayhem when one of the captive aliens leads an escape. Area 51 stars Bruce Boxleitner (Tron: Legacy, Babylon 5), John Shea (Lois & Clark: The Adventures of Superman, Mutant X) and Jason London (Dazed and Confused, MonsterWolf). A production of After Dark Films.

See Also: Its Debbie Gibson vs Tiffany (Oops) I Mean Mega Python Vs Gatoroid On SyFy / DESTINATION TRUTH Goes "Live" On St. Patrick’s Day / SyFy To Go Werewolf Crazy In October / The Return Of SyFy's CAPRICA Moved Up To October / THE CHEETAH WHORES Score A Hit For SHARKTOPUS And SyFy
By Ken Hulsey at February 08, 2011