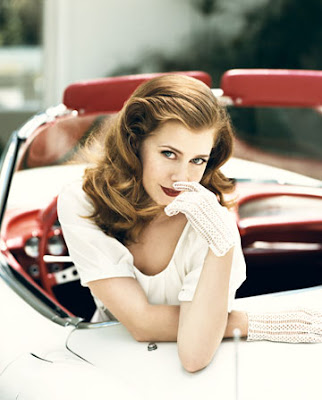 Snyder remarked, "Second only to Superman himself, the question of who will play Lois Lane is arguably what fans have been most curious about. So we are excited to announce the casting of Amy Adams, one of the most versatile and respected actresses in films today. Amy has the talent to capture all of the qualities we love about Lois: smart, tough, funny, warm, ambitious and, of course, beautiful."

Amy Adams will star opposite Henry Cavill, who plays the new Clark Kent/Superman in the film. The main cast also includes Diane Lane and Kevin Costner, as Martha and Jonathan Kent.

Amy Adams was recently honored with her third Oscar® nomination in five years, for her performance in the true-life drama "The Fighter," with Mark Wahlberg and Christian Bale. She previously earned Oscar® nominations for her work in the acclaimed films "Doubt" and "Junebug." She has also starred in such diverse hits as "Enchanted," "Julie and Julia," "Charlie Wilson's War," and "Catch Me If You Can." She will next be seen in Walter Salles' "On the Road" with Viggo Mortensen and "The Muppets."

Charles Roven, Emma Thomas, Christopher Nolan and Deborah Snyder are the producers of the film. The screenplay is being written by David S. Goyer based on a story by Goyer and Nolan. Thomas Tull and Lloyd Phillips are serving as executive producers.