Can Godzilla Save The Japanese Tourism Industry? 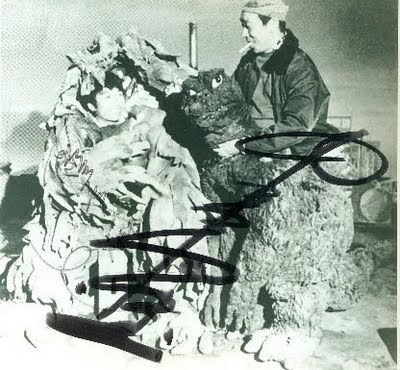 Above, Haruo Nakajima (right) during his Godzilla days. Can Godzilla and Nakajima help save the Japanese tourism industry?

Getting up this evening from much-needed sleep (I have to work the graveyard shift in Burbank again tonight), I found an email about a Twitter Tweet from Tom Baker of The Daily Yomiuri:

Can Godzilla help save Japan's tourism industry? Monster expert @ArmandV comments on an editorial from @DailyYomiuri.

I think Godzilla would be a great help in saving Japan's tourism industry. He's as internationally recognizable as Mickey Mouse. Of course, the tourism industry would need the cooperation from Godzilla's owner, Toho Co., Ltd., but ads featuring the King of the Monsters promoting Japan tourism could do the trick. Also, taking on Haruo Nakajima, the original Godzilla suit actor, as a goodwill ambassador in a advertising campaign for Japan tourism would be a plus. Given his age (he's 82), his participation would have to be limited a bit. But seeing the crowds gather around him on Hollywood Blvd. (see photo below from his daughter Sonoe) convinced me that he could be useful. And, I think he'd have a ball! 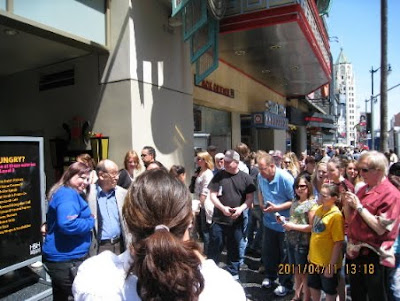 As I said before, the Japanese tourism industry needs to think "outside of the box" to get travelers over to Japan. It's worth a try!
By Armand Vaquer at May 26, 2011