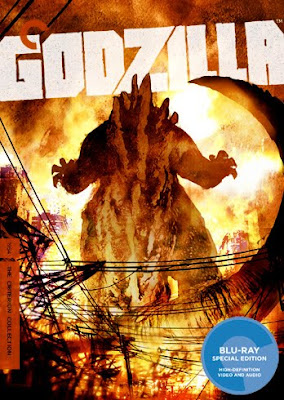 Audio commentary for Godzilla, King of the Monsters by Kalat

PLUS: A booklet featuring an essay by critic J. Hoberman

To see Criterion's site on the Godzilla Blu-ray and DVD, go here.
By Armand Vaquer at October 16, 2011