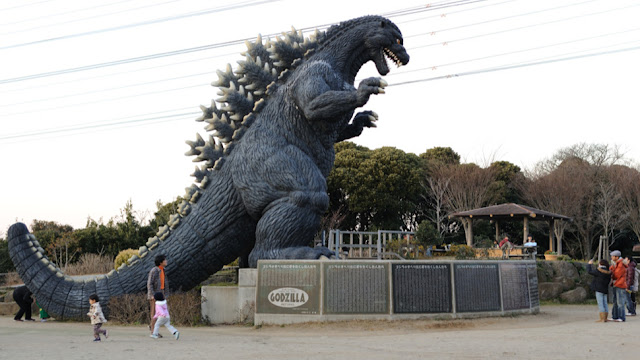 Legendary Entertainment has revealed a new behind-the-scenes image from the upcoming Godzilla reboot on their Facebook page. Captioned with "Path of Destruction," it gives us another glimpse of the chaos the big green lizard has caused so far. Check it out below. 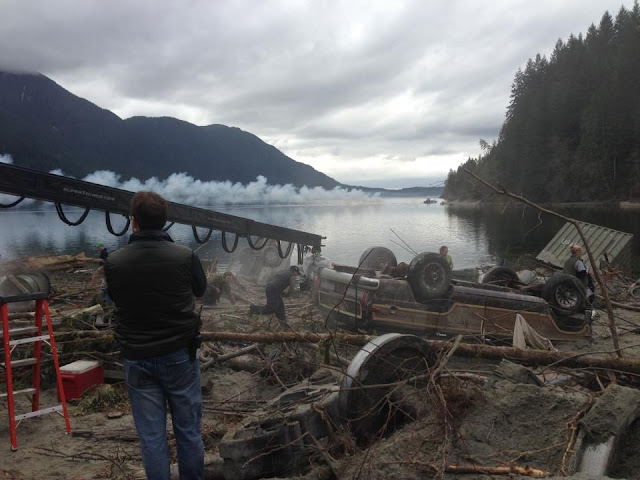 
Japanese park has a giant Godzilla in its playground

From The Japan Daily Press

Following the Japanese trend of having gigantic errr… stuff, Japan’s Kurihama Flower Park put up a giant Godzilla figure in one of its children’s playgrounds. In the past years, we’ve seen a lot of gigantic statues from Japan – the giant Gundam robot, giant anime girls, a giant Pikachu, even a giant Evangelion bust. And so the flower park in Kanagawa Prefecture tips its hat to the one giant kaiju (literally “strange beast”) that started it all.

The main reason for the huge Godzilla slide – did we mention it was also a playground slide for kids? No? Well, more on that later — at this flower park is not because Godzilla likes flowers (we will never know, will we?), but because in the first-ever Godzilla film, the huge monster came out of the ocean at the nearby beach of Kanonzaki. If you don’t believe me, go see “Godzilla’s footprint”, which is still visible at the shore. Kurihama’s slide is actually a salute to another Godzilla side erected on Kanonzaki beach in 1958. By 1970 though, the original slide was already badly damaged. Now, the internationally famous flower park has another attraction, a huge Godzilla slide – quite visible from a long ways off – which was built in 1999 and still stands to this day. Toho Studios, producers of the original Godzilla movie, oversaw the slide’s construction.