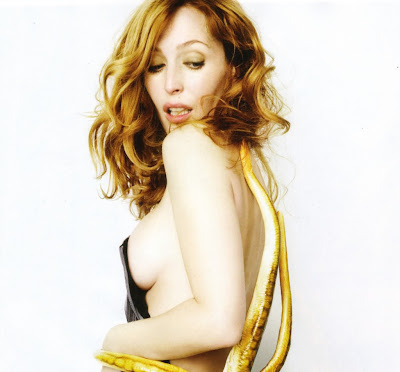 
Gillian Anderson has said that she expects an X-Files 3 movie.

The actress said that she thinks that creator Chris Carter might already be working on a new script during her Reddit Ask Me Anything interview.

"I would say that there is a very good chance that Chris is in the process of writing it, and as with any creative endeavour, it needs time and space and patience, and I have no doubt that at some point, when it's the right time, and he is happy with it, it will see the light of day, and that will be the beginning," she said.

Anderson returned to the role of Dana Scully alongside David Duchovny in 2008's The X-Files: I Want to Believe, the second movie based on the cult television show.

When the X-Files show ended in 2002 after nine seasons, Carter promised that it would continue in a series of films.