50 Years of Marvel's The Avengers 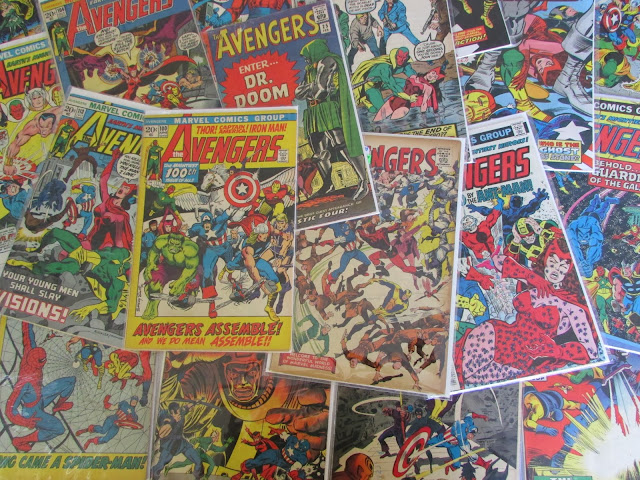 It was 50 years ago that Marvel Comics' The Avengers made its first appearance at newsstands, candy stores, and pharmacies -- the comic book stores of the 1960s. Today The Avengers is Walt Disney's (NYSE: DIS  ) $1.5 billion dollar box office hit movie, with an equally promising sequel on the horizon. In 1963, however, The Avengers comic book was a desperate attempt by Marvel to prevent a huge financial mistake.

A deal with the devil

The year 1963 was a year of many firsts for Marvel Comics. Spider-Man -- introduced seven months earlier -- received his first comic book series The Amazing Spider-Man in March, while Iron Man made his first public appearance in the pages of Tales of Suspense issue No. 39 that same month. Marvel's newest comic book team, The X-Men, was also introduced for the first time in Uncanny X-Men issue No. 1.

The year 1963 was also supposed to include the first appearance of yet another popular Marvel character, Daredevil. A blind New York City attorney by day and an acrobatic crime fighter by night, Daredevil's scheduled September 1963 series launch was intended to replicate the success of Marvel's popular web-slinger, Spider-Man. Due to some extremely late artwork by artist Bill Everett, however, Marvel Comics was forced to delay Daredevil issue No. 1 until April of the next year.

It was just a seven month delay though. These things happen. No real harm, right? Wrong. A deal is a deal, as was the case with Marvel Comics and its comic book printer. Daredevil or no Daredevil, Marvel's printer was contractually owed the money regardless. Since these deals were negotiated well in advance, this not only included September's printing of Daredevil issue No. 1, but the printing of future issues as well. So Marvel had two options before it: (1) not publish anything in place of Daredevil and take the financial hit or (2) very quickly create a new comic book series before the printing deadline. Marvel wisely chose option two.

Creators Stan Lee and Jack Kirby got to work creating a new series in a hurry. With no time to devise new characters who had complicated origin stories, it was decided to instead use Marvel's roster of existing characters in a team-up comic featuring Thor, Hulk, Iron Man, Ant-Man, and Wasp -- Captain America would join the team three issues later. Similar to Disney's 2012 The Avengers movie, Thor's brother Loki, another already established character, was used as the first villain for our very unlikely teammates. Thus Earth's Mightiest Heroes were born.

To be honest the artwork wasn't much to look at even by 1960s standards. And the story and character interactions were rather simplistic. That was all to be expected considering how very little time Lee, Kirby, and inker Dick Ayers had to unexpectedly create an entirely new series. It was really quite amazing that they even made the deadline at all. However, the concept proved to be a screaming success. For 50 years now The Avengers has been one of the industry's most enduring comic properties; making billion dollar franchises out of a guy in a silly metal suit, a Norse god wearing a winged-helmet, a frozen soldier decades removed from his own time, and a big green rage monster.