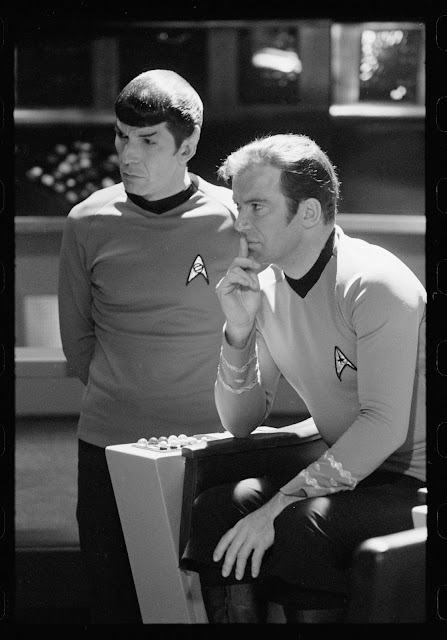 From The Los Angeles Times

In the semi-darkness of a massive sound stage on the Desilu-Gower lot, strange creatures dart about through web covered catacombs.

In a far off section, where it gleams eerily, grotesque screams penetrate the air. Above it, a rather sarcastic and unmistakable human voice shouts, “Hold it! Let’s take it again…”

This is the set of NBC’s “Star Trek,” one of the most expensive and elaborate productions in the history of television. The color series stars William Shatner and Leonard Nimoy and a cast of hundreds (mostly weirdos).

The executive producer and architect of “Star Trek” is Gene Roddenberry, former Los Angeles policeman, who served his apprenticeship as one of the medium’s foremost writers.

Roddenberry had the idea for the series six years ago, but as he explains it, “At that time television had no interest in science fiction.”

Gene’s main obstacle was being slightly ahead of his time.