The Most Eagerly Awaited Space Fantasy Of All! The Empire Strikes Back 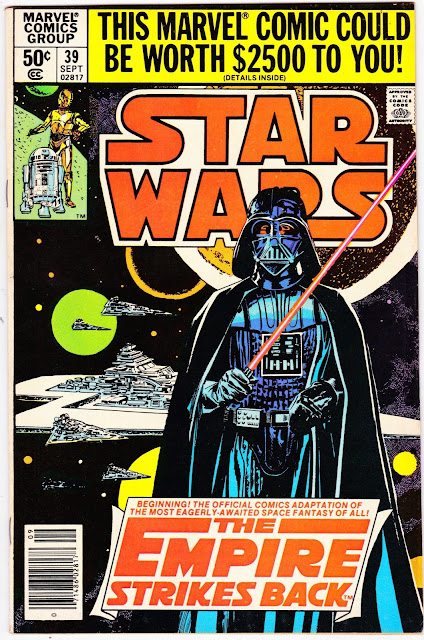 The Rebel Alliance has established a new base on the ice planet called Hoth, but an Imperial probe droid discovers their location and transmits the data before it can be destroyed. Luke Skywalker has been attacked by one of the Wampas and is taken to the creatures cave, but Luke escapes from its custody and, with the help of Han Solo, returns to Echo Base. Captain Firmus Piett receives the probe droid's signal and reports his findings to Darth Vader who immediately orders the fleet to the Hoth system.

1st printing.
This comic book is in new condition. Comic is complete with cover and all pages attached. This comic has very few flaws that warrant a VF grade.
Comic Book will be shipped bagged and boarded!

Note: Part 1 of movie adaptation; based on the movie script; both Williamson and Garzon pencil and ink the art for this series. 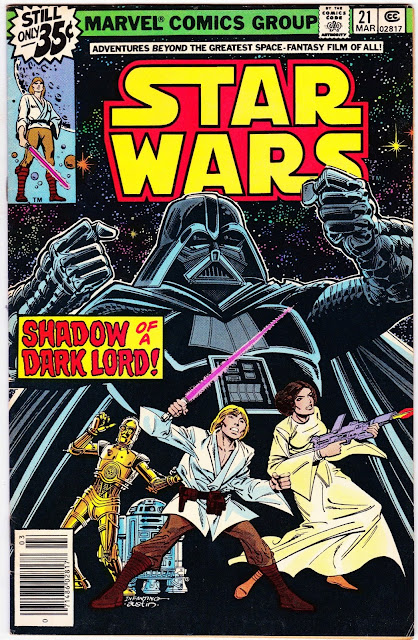 
Written by Archie Goodwin. Art by Carmine Infantino and Gene Day"Shadow of the Dark Lord!":In the realm of the mind Luke Skywalker overcomes one of his greatest challenges to date. Meanwhile, the dark lord, Darth Vader, continues to scour the galaxy for the Rebels that continue to elude his vengeance.1st printing.This comic book is in used condition and is complete with cover and all pages attached it has very few flaws that warrant a VF grade.Comic Book will be shipped bagged and boarded!
By Ken Hulsey at June 17, 2020