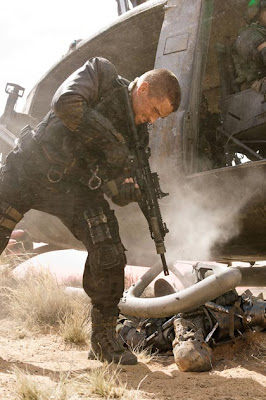 Action/Sci-Fi. In the highly anticipated new installment of The Terminator film franchise, set in post-apocalyptic 2018, Christian Bale stars as John Connor, the man fated to lead the human resistance against Skynet and its army of Terminators. But the future Connor was raised to believe in is altered in part by the appearance of Marcus Wright (Sam Worthington), a stranger whose last memory is of being on death row. Connor must decide whether Marcus has been sent from the future, or rescued from the past. As Skynet prepares its final onslaught, Connor and Marcus both embark on an odyssey that takes them into the heart of Skynet's operations, where they uncover the terrible secret behind the possible annihilation of mankind.

STAR WARS: THE CLONE WARS
August 15, 2008
Director: Dave Filoni
Writers: Henry Gilroy, Steven Melching, Scott Murphy
Producer: Catherine Winder
Executive Producer: George Lucas
Animated Adventure STAR WARS takes on a dazzling new look in the first-ever animated feature from Lucasfilm Animation - STAR WARS: THE CLONE WARS. As the Clone Wars sweep through the galaxy, the heroic Jedi Knights struggle to maintain order and restore peace. More and more systems are falling prey to the forces of the dark side as the Galactic Republic slips further and further under the sway of the Separatists and their never-ending droid army. Anakin Skywalker and his Padawan learner Ahsoka Tano find themselves on a mission with far-reaching consequences, one that brings them face-to-face with crime lord Jabba the Hutt. But Count Dooku and his sinister agents, including the nefarious Asajj Ventress, will stop at nothing to ensure that Anakin and Ahsoka fail at their quest. Meanwhile, on the front lines of the Clone Wars, Obi-Wan Kenobi and Master Yoda lead the massive clone army in a valiant effort to resist the forces of the dark side. 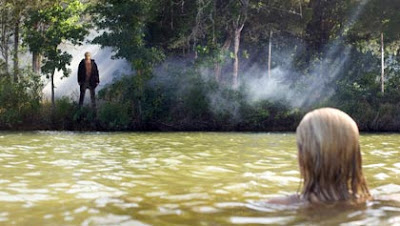 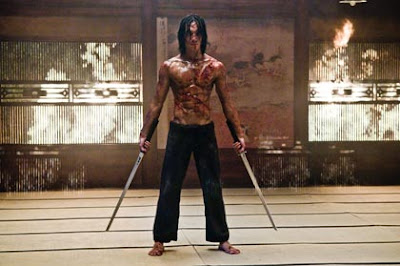 NINJA
First Quarter 2009
Director: James McTeigue
Writer: Matthew Sand and J. Michael Straczynski
Producers: Joel Silver, Grant Hill, Larry Wachowski, Andy Wachowski,
Executive Producers: Thomas Tull, Jon Jashni, William Fay
Cast: Rain, Naomie Harris, Ben Miles, Sho Kosugi, Rick Yune,
Action/Adventure. Raizo (Rain) is one of the deadliest assassins in the world. Taken from the streets as a child, he was transformed into a trained killer by the Ozunu Clan, a secret society whose very existence is considered a myth. But haunted by the merciless execution of his friend by the Clan, Raizo breaks free from them...and vanishes. Now he waits, preparing to exact his revenge. In Berlin, Europol agent Mika Coretti (Naomie Harris) has stumbled upon a money trail linking several political murders to an underground network of untraceable assassins from the Far East. Defying the orders of her superior, Ryan Maslow (Ben Miles), Mika digs into top secret agency files to learn the truth behind the murders. Her investigation makes her a target, and the Ozunu Clan sends a team of killers, led by the lethal Takeshi (Rick Yune), to silence her forever. Raizo saves Mika from her attackers, but he knows that the Clan will not rest until they are both eliminated. Now, entangled in a deadly game of cat and mouse through the streets of Europe, Raizo and Mika must trust one another if they hope to survive...and finally bring down the elusive Ozunu Clan.

ROCKNROLLA
October 2008
Director: Guy Ritchie
Writer: Guy Ritchie
Producers: Joel Silver, Susan Downey, Steve Clark-Hall, Guy Ritchie
Executive Producers: Steve Richards, Navid McIlhargey
Cast: Gerard Butler, Tom Wilkinson, Thandie Newton, Mark Strong, Idris Elba, Tom Hardy, Toby Kebbell, Jeremy Piven, Chris Bridges
Action. When a Russian mobster orchestrates a crooked land deal, millions of dollars are up for grabs, and all of London's criminal underworld wants in on the action. Everyone from a dangerous crime lord to a sexy accountant, a corrupt politician and down-on-their-luck petty thieves conspire, collude and collide with one another in an effort to get rich quick.(This film has been rated has been rated R for pervasive language, violence, drug use and brief sexuality.")
By Ken Hulsey at July 21, 2008