The Galactica Begins Its Final Journey 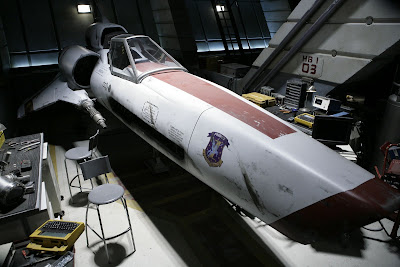 On Friday, January 16, 2009 at 10PM ET/PT, SCI FI's critically acclaimed drama series Battlestar Galactica will return with the remaining episodes of its 4th and final season. The 10-week run will culminate with the series finale on March 20th.

Picking up from last June's jarring cliffhanger, the Colonial fleet and their new Cylon allies led by Admiral Adama and the Galactica crew discover Earth to find it a barren nuclear wasteland, the finale season promises to be rife with drama, action and revelation.

Battlestar Galactica is the gripping saga of humanity's last remnants and their struggle to find a new home while fleeing from their deadly Cylon enemies. Redefining the space opera with its gritty realism, Galactica's intensity, issues-driven topicality, and command performances have garnered it numerous awards, including three Emmys and the prestigious George Foster Peabody Award. The show was twice recognized by the American Film Institute (AFI) as one of the most outstanding programs of the year. The series is executive produced by Ronald D. Moore and David Eick, and the outstanding ensemble cast is led by Edward James Olmos, Mary McDonnell, Katee Sackhoff, Jamie Bamber, James Callis, Tricia Helfer and Grace Park.