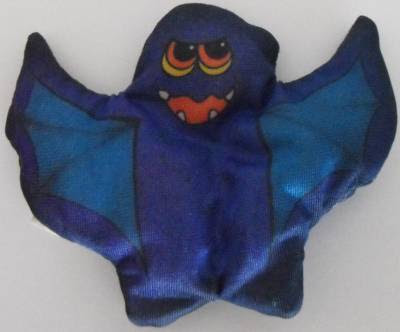 Earlier this week I posted an article about Christopher R. Mihm's latest monster movie project, "Terror From Beneath The Earth". Today we have learned a little bit more about the monster in the film, directly from the directer himself. Now normally Mihm likes to keep the identity of his monsters secret until the film premieres, but this time he has decided to let the "bat" out of the bag, so to speak. Mihm explains, "The monster is of the man-sized radiation-mutated bat persuasion. I generally try to keep my monster images a secret until the film is released simply because the big reveal of the monsters is always my favorite part of my movies. On my website there are some teaser photos of the monster but you really don't see much."

Mihm has also eluded to to the fact that he would like to do his own giant monster film in the future. "I AM looking into eventually making a giant, rampaging monster film but right now, don't have the right idea (or the budget)!"

This should be exiting news for fans, because if anyone could do a giant monster film justice it would be Mihm!

See Also: Christopher Mihm Is About To Release The Terror From Beneath The Earth
By Ken Hulsey - October 17, 2008

Email ThisBlogThis!Share to TwitterShare to FacebookShare to Pinterest
Labels: Christopher Mihm, Movie, Sci Fi, Terror From Beneath The Earth, USA