Viz To Bring Contemporary Japanese Science Fiction To The US 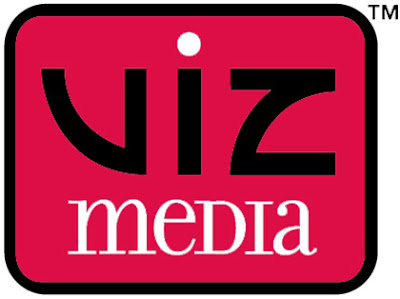 VIZ Media, LLC (VIZ Media), one of the entertainment industry’s most innovative and comprehensive publishing, animation and licensing companies, has announced the launch of a brand-new imprint called Haikasoru, which will publish an array of contemporary Japanese science fiction (SF) and fantasy stories for English-speaking audiences. This is the first time an imprint with a dedicated focus on Japanese SF has launched in North America.

Haikasoru is scheduled to publish twelve books a year and launches in the summer of 2009 with four titles: The Lord of the Sands of Time by Issui Ogawa, All You Need Is Kill by Hiroshi Sakurazaka, ZOO by Otsuichi, and Usurper of the Sun by Housuke Nojiri.

Haikasoru will be helmed by Nick Mamatas, a respected author of science fiction as well as an editor at VIZ Media. Mamatas is the author of two novels, which have been nominated for the Bram Stoker Award and Germany's Kurd Lasswitz Prize.

"I'm thrilled to be a part of this new imprint,” says Mamatas. “Haikasoru is making history with the future. Finally, SF is going global."

The Lord of the Sands of Time by Issui Ogawa – Price: $13.99 U.S./CAN $16.00
Sixty-two years after human life on earth was annihilated by rampaging aliens, the enigmatic cyborg Messenger O is sent back in time with the mission to unite the humanity of past eras—during World War II and in ancient Japan, even back at the dawn of humanity—in order to defeat the alien invasion before it begins. But amidst a future shredded by war, love also waits for O. Will O save humanity only to doom himself? The Lord of the Sands of Time was nominated for the prestigious Seiun Award, the leading award for Japanese science fiction, the winners of which are selected each year by members of the Japanese National Science Fiction Convention. Available in July 2009.


ALL YOU NEED IS KILL by Hiroshi Sakurazaka – Price: $13.99 U.S./CAN $16.00
When the alien Gitai invade, Keiji Kiriya is just one of many recruits shoved into a suit of battle armor called a Jacket and sent out to kill. Keiji dies on the battlefield, only to be reborn each morning to fight and die again and again. On his 158th iteration, he finally sees something different, something out of place—a female soldier known as the Full Metal Bitch. Is she the key to Keiji’s escape or his final death? Available in July 2009.

ZOO by Otsuichi – Price: $13.99 U.S./CAN $16.00
ZOO presents eleven stories of dark fantasy and science fiction by one of Japan’s hottest authors. "The White Hut In The Forest" is the story of a man with a hole in his head and a charming home made from some strange materials. "Song of the Sunny Spot" is a rendition of the classic story of the Earth's last man...and his charming companion. And in the book’s eponymous tale, a man sees his dead girlfriend’s corpse decompose, one gristly Polaroid snapshot at a time. ZOO sold over 740,000 copies in Japan and was also turned into a successful Japanese film. Available in September 2009.

USURPER OF THE SUN by Housuke Nojiri - Price: $15.99 U.S./CAN $18.99
When a ring appears around the sun, humanity seems doomed. One woman, a brave scientist named Aki Shiraishi, travels to the core of the solar system in a last-ditch attempt to save the world. A compelling new hard SF novel, Usurper of the Sun won a coveted Seiun Award in 2002 for Best Science Fiction Novel of the Year. Available in September 2009.

"Japan has long had a love affair with science fiction. In the wake of the massive international popularity of manga and anime, this is an ideal time to offer some of the best in contemporary Japanese science fiction to a sizeable domestic audience," says Masumi Washington, Editor-In-Chief, Haikasoru Imprint, VIZ Media. “VIZ Media has been publishing fiction for a while, and now with the formation of Haikasoru it’s like finding a missing piece in a jigsaw puzzle. We are pleased to introduce this unique imprint and look forward to VIZ Media fans and science fiction readers in general enjoying these books.”
By Ken Hulsey at January 28, 2009