Will The Fans Buy Adrien Brody As An Action Hero In Robert Rodriguez's "Predator"? 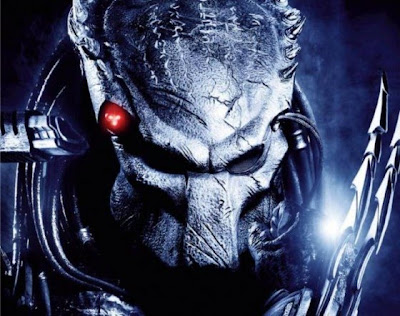 You would think that when it came to recasting the role of the hero in the upcoming reboot of "Predator", director Robert Rodriguez would tap into the mass of Hollywood hunks, like Hugh Jackman or Gerard Butler. But he hasn't. Instead the coveted role, made famous by present California governor, Arnold Schwarzenegger, has fallen to Oscar winner Adrien Brody.

Adrien Brody? You mean the guy from the "The Pianist"?

The casting of the often 'quirky' actor is a major deviation from the type of actor normally attached to such a project. Let's face it, the lanky Brody is the exact opposite of the gym junkie Schwarzenegger. Though bringing in an actor with his talent does add a heap of credibility to a film like "Predator", fans and media alike are still sitting, jaws wide-open, wondering how anyone is going to buy him in an action role of this stature.

Add to the equation, the fact that Rodriguez has written a "Predator" film that is reportedly, "more intense" and "crazier", than the 1987 original, and then the casting of Brody really sounds odd.

In fact, here is how the director described his vision of "Predator" to a reporter from the Los Angeles Times back in July:

"The story is on the Predator planet and, well, it’s just crazy.

It takes place off-world which is great, and there’s a lot of them out there." And what about the prey? "Let's just say if there were no Predators, the humans in this story would probably kill each other."

Rodriguez also added, that back in 1994, when he wrote the original script for the film, the technology didn't exist to make the kind of film he envisioned. Now, however, he believes that the technology has finally caught up with his movie.

This just makes me wonder if fans will buy someone like Brody in this kind of a film? Certainly, he can act, and draw you into his character, but who really wants to see a skinny guy kicking ass?