What The Fans Want To See In An American Godzilla 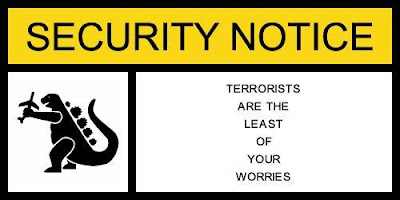 What The Fans Want To See In An American Godzilla

The late George Putnam used to have his "one reporter's opinion" pieces on current events and politics. Well, here's mine on Legendary Pictures' Godzilla.

After settling down from taking care of some banking and buying a new microwave oven, I sat down and perused the news reports on Legendary Pictures' announcement of their planned Godzilla co-production (with Warner Bros.) that is slated for a 2012 release.

The wire service Reuters carried the story and this quote was included:

"Godzilla is one of the world's most powerful pop culture icons, and we at Legendary are thrilled to be able to create a modern epic based on this long-loved Toho franchise," said Thomas Tull, chairman and CEO of Legendary. "Our plans are to produce the Godzilla that we, as fans, would want to see. We intend to do justice to those essential elements that have allowed this character to remain as pop-culturally relevant for as long as it has."

This gives me hope that the new American version of Godzilla will stay true to the character. Obviously, the Sony/TriStar Godzilla from 1998 was not what the fans hoped to see. Fans are still smarting over that one.

If you were to ask fans on what they'd like to see, they'd say that, 1.) Godzilla has to be recognizable as Godzilla. They wouldn't quibble over some tweaking of the design here and there (as long as it looks "cool"), but the design has to look like a credible Godzilla to make it work for them. 2.) Godzilla has to be the nuclear terror that serves as a metaphor for The Bomb or war itself. 3.) No campiness! Camp humor and nuclear terror are not a good mix. Keep it serious. No Siskel and Ebert lookalikes or actresses who can't convincingly cry, thank-you! 4.) A good storyline. If Godzilla is to appear in America, there has to be a good reason (plot-wise) for him to do so. Make a scary giant monster movie. It can be done, Cloverfield proved that! 5.) The special effects have to be top-notch. TriStar's special effects in their 1998 film were good, but some were not so hot (like the CGI baby Godzillas in Madison Square Garden). The effects have to be realistic and dazzling to the eyes. 4.) More screen time for Godzilla. The TriStar misfire had Godzilla disappear for a long stretch. If a company is willing to pay for the rights to use the character, then USE the character! 5.) If Godzilla is to be killed off at the end, don't make it happen so easily as TriStar did (a few missiles from fighter jets, c'mon!). His demise has to be extraordinary. Better yet, don't kill him (think sequel). 5.) As a fan, I want to see an American Godzilla movie that I can point to with pride and be able to tell people, "Hollywood finally got Godzilla right this time!"

Some fans would like to see Godzilla fight another monster. I am against this for one reason: they need to concentrate on getting the Godzilla character right. If they succeed, then they can do a monster vs. monster story in a sequel.