Have a superhero New Year’s 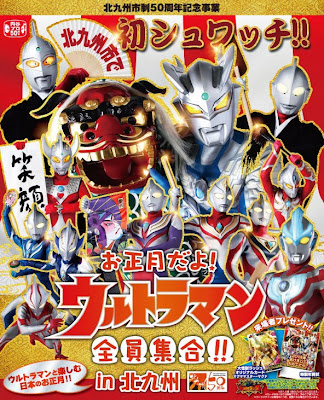 Here’s an opportunity to have an ultra-special time this holiday season. The popular Ultraman superheroes, including the superhero himself and new hero Ultraman Ginga, will be in Kitakyushu, Fukuoka Prefecture, from Dec. 27 until Jan. 5 for the Oshogatsu Dayo! Ultraman Zenin Shugo (It’s the New Year! with All of the Ultraman Heroes) event.