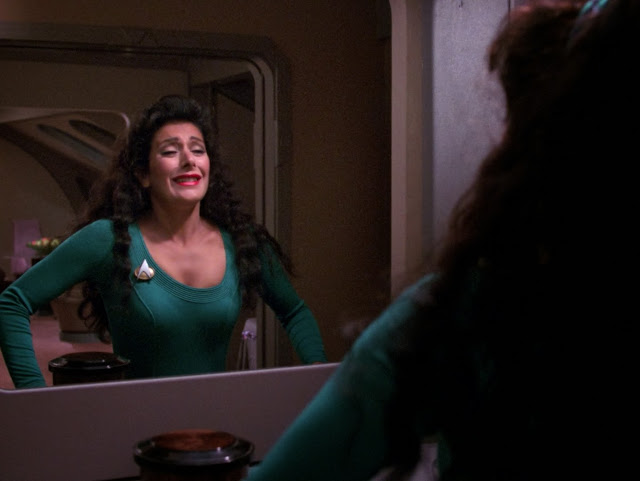 Star Trek creator Gene Roddenberry was nothing if not utopian. In his original vision for the science-fiction series, Roddenberry imagined a future in which a generation of space hippies went forth as explorers into a strangely psychedelic cosmos to bring peace, brotherhood, and free love to all. In this future, there would be no war, no money, and everyone could get as drunk as they wanted with no consequence.

But by the time Star Trek: The Next Generation debuted on TV in 1985, Roddenberry's vision of the future encompassed more than peace, love, and harmony. It also included Spandex. In this archived interview with the BBC, Bob Blackman, the costume designer behind the show's iconic uniforms, talked about the problems that Spandex caused the cast and crew and how he used design to fix it.

Joining the show in the third season, Blackman found the costume department of The Next Generation to be a smelly and unpleasant place. When Roddenberry launched the show a couple years previously, he had told his costume designers that Spandex, the super-stretchy artificial fabric so synonymous with the '80s, was also the preferred fabric for the clothes of the future. But Roddenberry's forte was sci-fi, not fashion, and his textile of the 24th century was a disaster in the 20th.