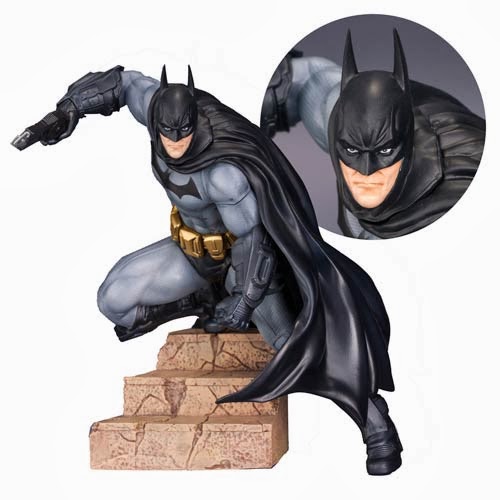 The Caped Crusader of smash-hit Batman: Arkham City comes to three-dimensional glory in Kotobukiya's premium format ArtFX+ statue! In his gray and black outfit straight from the game, Batman crouches, about to spring into action with the grapple gun he's holding.

From the best-selling multi-platform Batman: Arkham City video game comes none other than the Caped Crusader himself! This Batman Arkham City ArtFX+ features Batman in his gray and black outfit as seenBatman: Arkham City. Batman is perched in a battle pose atop a stone cornice. The Arkham City Batman ArtFX+ 1:10 scale statue stands approximately 6 1/3-inches tall with display base. The statue comes in a displayable window box.