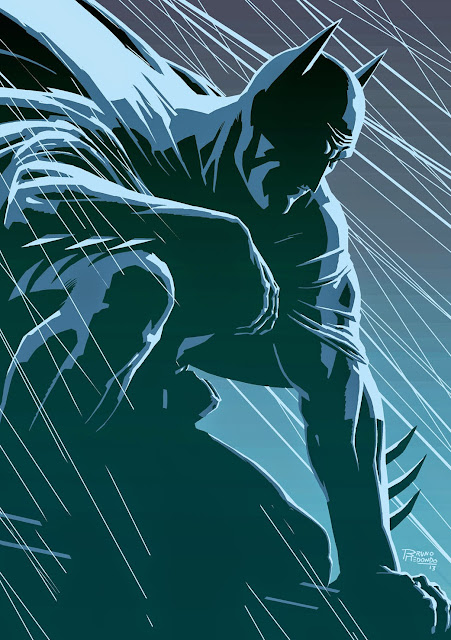 Batman is the superhero protector of Gotham City, a man dressed like a bat who fights against evil and strikes terror into the hearts of criminals everywhere. In his secret identity he is Bruce Wayne, billionaire industrialist and notorious playboy. Although he has no superhuman powers, he is one of the world's smartest men and greatest fighters. His physical prowess and technical ingenuity make him an incredibly dangerous opponent. He is also a founding member of the Justice League and the Outsiders.

Batman's presence in Gotham City generated a new breed of criminals, no longer the simple thugs and gangsters involved in Gotham Organized Crime, but more dynamic personalities. The first person inspired by him was Catwoman, a dangerous seductress using his style and methods towards her own ends. His next challenge was Dr. Hugo Strange, a mad scientist who had created Monster Men to do his bidding. He met his greatest nemesis when the Joker first appeared, a brilliant serial killer dressing like a clown and murdering people uncontrollably. He had been exposed to chemicals in an accident that drove him completely insane, and he swore revenge on Gotham for creating him. - DC Comics

Explore Our Collection of Batman Comic Books
By Ken Hulsey at May 13, 2015