BETTIE PAGE'S SECRET LIFE AS AN UNDERCOVER OPERATIVE IN 1950S HOLLYWOOD HAS BEEN DECLASSIFIED! 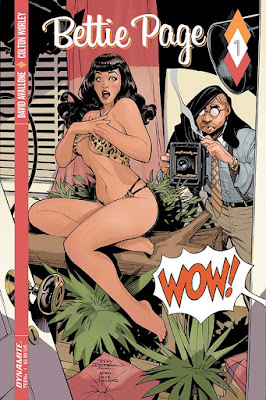 In this latest telling, Ms. Page is more modest than Ms. Blaise, but peels more than Ms. Emma. She out-vamps Vampirella, but she's sweeter than Honey West. She puts the mod in model, and the bangs in bang-bang. Now the world can know the truth: her classified adventures back in 1951 Hollywood have officially been declassified.

Writer David Avallone says, "Like a lot of people my age, I 'discovered' Bettie Page through comics, when Dave Stevens used her to inspire the ingénue starlet of The Rocketeer. She's such a compelling, iconic figure, with such a fascinating life story, that I was thrilled when Dynamite Senior Editor Joe Rybandt asked me if I could build a comic book mini-series around her. After a lot of research into the life and times of Bettie, I chose to put her in Hollywood at the start of the fifties and the beginning of her modeling career. It's all fictional, of course, but it's built on some corners of her real biography, and the real history of the time. I hope I've made my fictional Bettie as funny, as sweet, as sharp, as tough, and as delightful as the real one."

Artist Colton Worely says, "It's just a fun, kooky story. Fun characters, a crazy story, and oh, hey, it stars Bettie Page. What's not to like?"

Dynamite Entertainment Executive Editor Joseph Rybandt said of the new project, "Creating a compelling narrative for Bettie Page was a bit of a challenge; we wanted to embrace the setting, the time, and add something extra to it, but weren't quite sure what. Enter David Avallone who nailed the tone, spirit, and overall adventure we wanted, and which Bettie truly deserves."

Ms. Page has long been a staple in the comics, dating back to her debut in the 1980's when Dave Stevens based the Rocketeer's girlfriend "Betty" on the iconic leading lady. Subsequently, Ms. Page was seen in the anthology series from Black Cat Comics, a limited pinup series, and lastly in Dark Horse's Bettie Page Comics written and illustrated by Jim Silke. 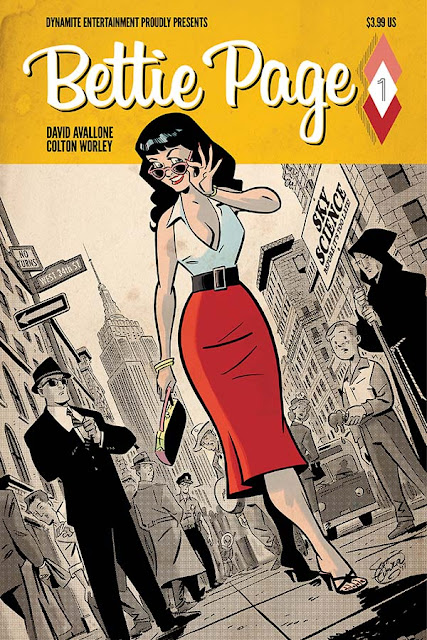 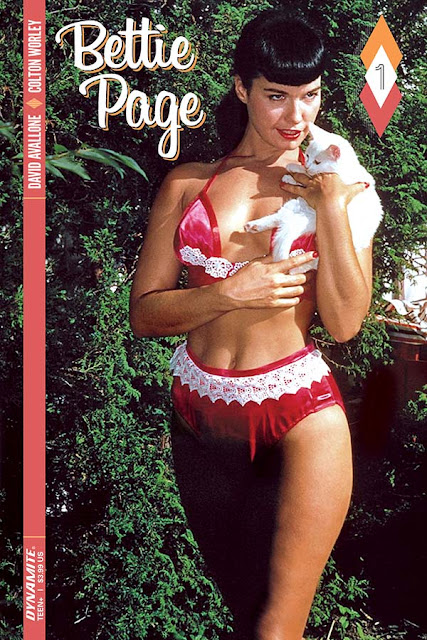 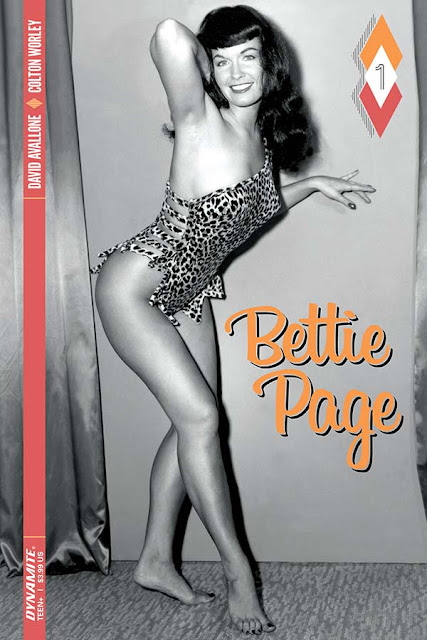 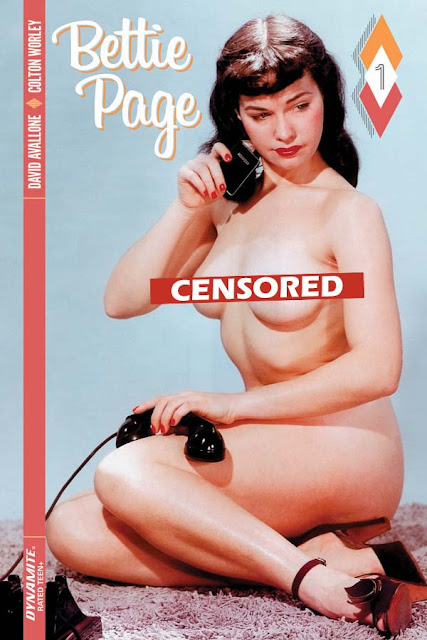 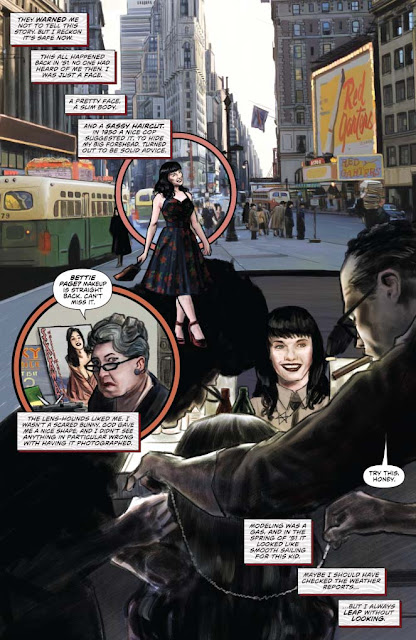 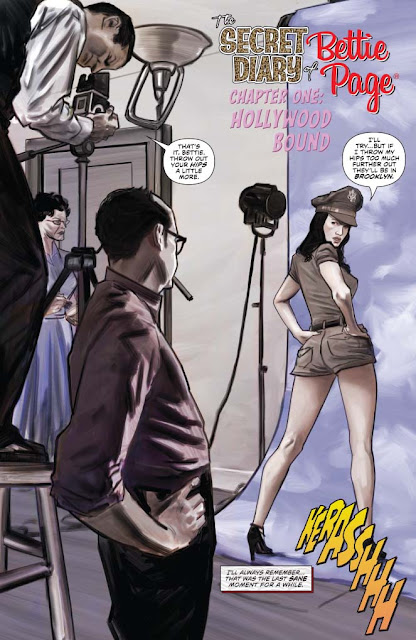 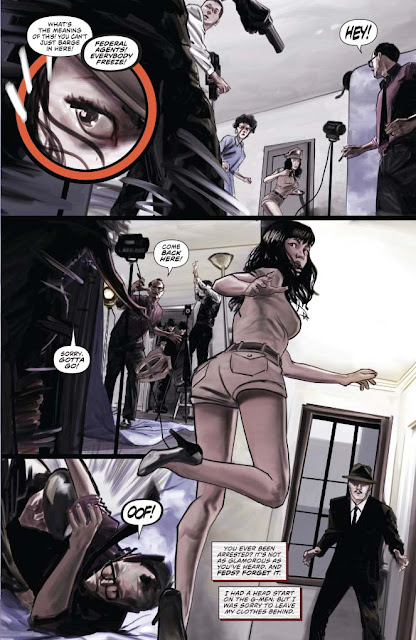 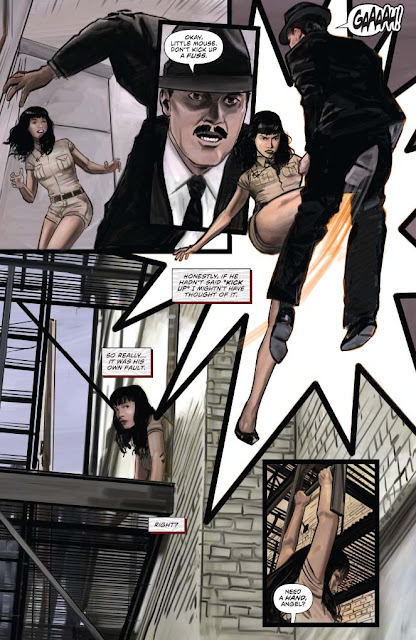 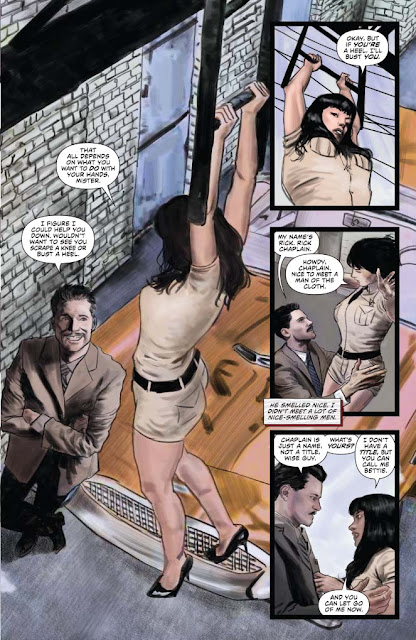