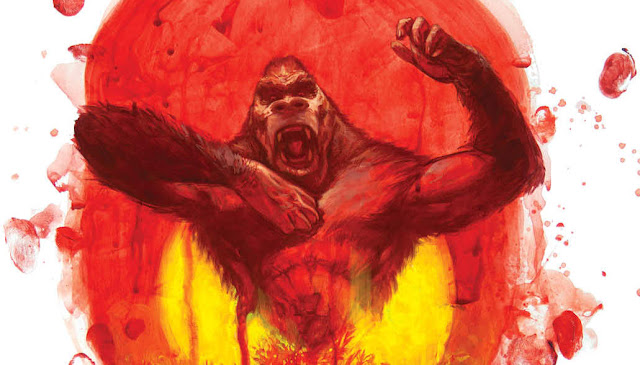 In this stand-alone Kong story, the year is 1912, and a wealthy humanitarian has traveled to Skull Island with the purpose of civilizing the native Tagatu living there. Although the Tagatu accept his gifts and allow his team to live among hem, they’re devoted to their god… and the team soon discovers that Kong is very, very real.

“Somehow, the Tagatu survived for generations at the bottom of the food chain in the harshest, deadliest environment on Earth, and they worshipped Kong as a living god. I always wanted to see more of that tribe’s culture in the films—specifically the ‘Church of Kong’ and their relationship with Kong himself—but that wasn’t the story they were telling. Now, it’s the story we’re telling.” – Phillip Kennedy Johnson 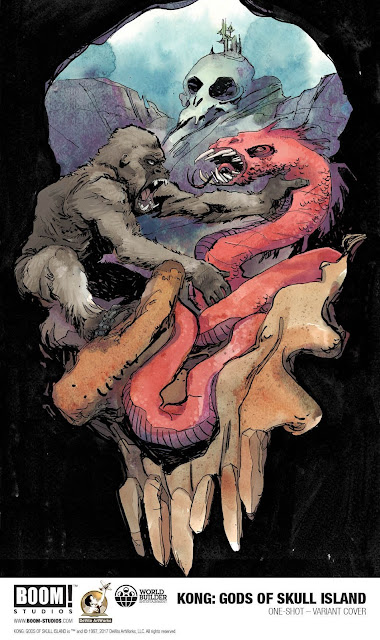 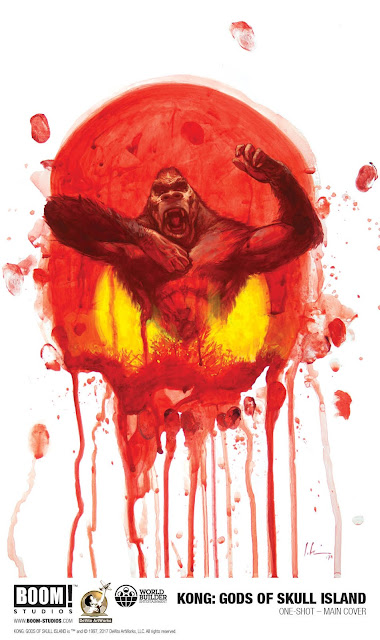