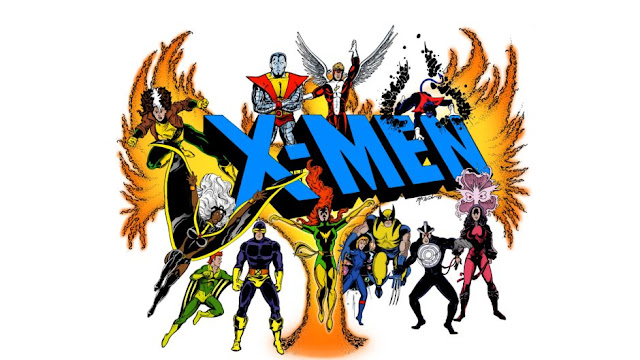 Following their near defeat by the White Queen and fearing that the mansion is no longer safe for them, Cyclops takes the team to the former X-Man Angel's aerie in New Mexico. He asks to talk to Angel privately, who then flies him to the top of a butte out in the middle of the desert (much to the chagrin of Professor X who wanted them to return to the school immediately). Cyclops recounts the X-Men's recent adventure and states that they were targeted by a group called the Hellfire Club. Warren finds this hard to believe as he and his girlfriend Candy are members of the Hellfire Club.

Scott goes on to explain that he's worried about changes in Jean’s personality. Before he can explain any further, Jean herself arrives and interrupts them to have a private picnic with Scott. Warren leaves them alone and Jean gets Scott to take off his visor. Much to his surprise, she telekinetically holds his optic blast in check. The two embrace and make love on the butte as the sun sets. 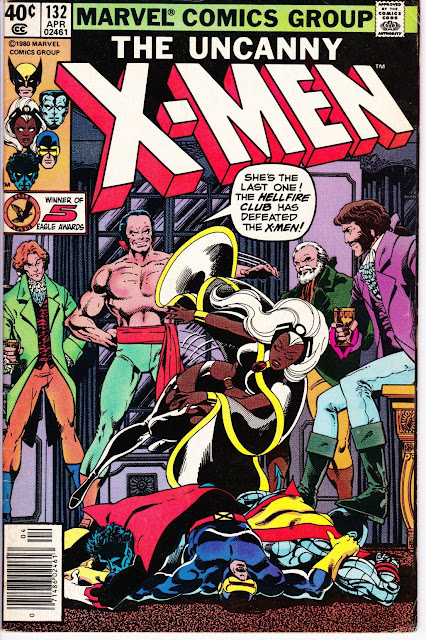 A week later on a stormy night, the X-Men return to New York City to infiltrate the Hellfire Club and learn why they are targeting the X-Men. Wolverine and Nightcrawler travel through the sewers to sneak into the club from below. As they are passing through the rapidly flooding tunnels, Wolverine slices open some electrical wiring pointing out that they could use a distraction later if things get hairy, a move that Nightcrawler finds very sneaky.

1st printing.
This comic book is in close to new condition. Comic is complete with cover and all pages attached. This comic has very few flaws that warrant a VF grade.
Comic Book will be shipped bagged and boarded!

Meanwhile, with invitations organized by Warren, Scott and Jean, and Peter and Ororo attend a prestigious party within the club. Before they go in, they radio back to the Professor and Angel in New Mexico to advise them of their plan so that they can carry on if they fail. As Scott and the others enter the party and try to blend in, they are spotted on the club’s security monitors by the Hellfire Club's inner circle: the cybernetic Donald Pierce and mutants Sebastian Shaw, Harry Leland and Jason Wyngarde. Shaw tells Wyngarde this is his chance to prove that he has full control over Jean Grey and sends him out into the party.

Sure enough, as Scott and Jean are dancing, Wyngarde cuts in and sweeps Jean off into another one of his illusions. She instantly believes she’s in the 18th century and that Wyngarde is the love of her life, ignoring the perplexed Scott.

Wyngarde takes Jean upstairs and Scott follows after them. Scott is shocked when Wyngarde drops the illusion to reveal himself to be none other than the X-Men's old foe Mastermind. Chasing after them, he is blasted by Jean who has now been transformed into the Black Queen and is under Mastermind's full control.

Hearing Scott's scream of pain over the crowd, Storm and Colossus change into costume and charge after their friend. Running upstairs, they encounter Sebastian Shaw. Colossus learns the hard way that Shaw can absorb any physical attack inflicted on him and transform it into strength and invulnerability. Shaw easily defeats Colossus in battle but Storm manages to escape by creating a thick fog to obscure his vision.

Down in the basement, Wolverine and Nightcrawler emerge from the sewers only to be attacked by Pierce and Leland. Pierce locks Nightcrawler in a chokehold. But while Wolverine manages to damage Pierce's cybernetic arm, Leland uses his mass-increasing powers to increase Wolverine's weight until he breaks through the floor and lands in the sewers below, where he is swept away and presumed to have drowned.

Upstairs, Storm is tracked down by Sebastian Shaw who easily defeats her in hand-to-hand combat. The X-Men have all been defeated and the inner circle members celebrate their victory. Sebastian Shaw silently notes Jason Wyngarde's cockiness and suspects that he will attempt to replace him as leader of the Hellfire Club. A toast is proposed to the newest member of their club -- the Black Queen!

Down below in the sewers, meanwhile, Wolverine emerges from the waters alive and well. He is incredibly angry, having taken the Hellfire Club's best shot and he is ready to show them his own.

This story is continued next issue.