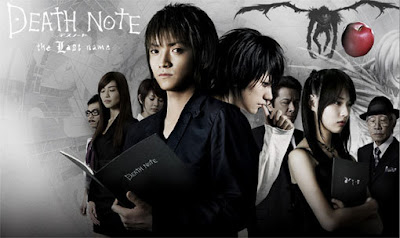 VIZ Pictures has announced that it will again team with NCM FATHOM, the entertainment division of National CineMedia, to present a special two-night, multi-city event — Death Note II: The Last Name at nearly 400 theatres across the United States on October 15 and 16 at 7:30pm local time. Advance ticket online purchase opens exclusively to SHONEN JUMP Newsletter Subscribers on August 29th and then to the general public on September 5th. Fans are encouraged to sign up for the SHONEN JUMP Newsletter at http://www.shonenjump.com/news/newsblast/options.php before August 29th to be among the first to secure seats.

VIZ Pictures previously teamed with NCM FATHOM to present the first DEATH NOTE live-action theatre event earlier this year. Based on the enthusiastic attendance and the continued success of the DEATH NOTE franchise, the companies will stage another unique event, this time with the live-action DEATH NOTE II: The Last Name (English dubbed) appearing in nearly every major U.S. city with this next chapter of the thrilling saga based on the popular Japanese manga (graphic novel) series.

The theatre event will also feature an exclusive behind-the-scenes look about the creation of this breakthrough live-action event, an in-depth interview with director Shusuke Kaneko, who also directed DEATH NOTE, and a unique profile of the cast. Tickets for these special theatre events are available at participating theatre box offices and online. For a complete list of theatre locations, prices and ticket information, please visit www.FathomEvents.com (theatres are subject to change). Additional information about DEATH NOTE II: THE LAST NAME, trailers and background on the manga and animated series are available at www.DeathNoteFilms.com.

“The first DEATH NOTE event was a tremendous success, enjoyed by thousands who were given a glimpse into the making of this visually phenomenal series earlier this year,” said Dan Diamond, vice president of NCM Fathom. “Fathom is excited to again partner with VIZ Pictures to bring Death Note II: The Last Name to the big screen and invite fans nationwide to enjoy this wonderful event at their local movie theatre.” 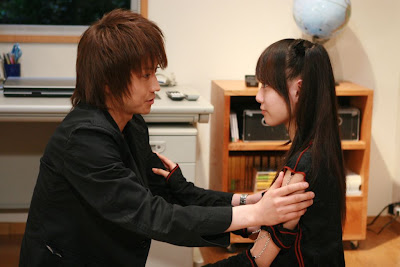 Death Note II: The Last Name is based on the hit supernatural action mystery manga (graphic novel) series written by Tsugumi Ohba and illustrated by Takeshi Obata. DEATH NOTE II: THE LAST NAME is a sequel to DEATH NOTE, which closely followed major plot elements from the original manga series, but also introduces several new key story elements. Taking place right after the conclusion of the DEATH NOTE, Light Yagami joins the investigation team in pursuit of the serial killer known as "Kira.” While L still strongly suspects that Light is "Kira,” Light Yagami continues to seek out the real name of L so he can kill him with his Death Note. Making things even more unpredictable are the 'Eyes of Death', given to the second Kira, enabling the owner to know the true identity and lifespan of any person. Adding further confusion for the authorities, a new rash of murders attributed to the Death Note occurs all over the world and is attributed to "the Second Kira.” Light Yagami learns the identity of the other Kira and wants to join forces to get rid of L. Will L be able to catch "Kira" before he gets killed? Who will be the last name written in the Death Note book?

“DEATH NOTE has captivated millions of fans with a truly original story that has found great success as a manga, an animated series and live-action feature,” says Seiji Horibuchi president and CEO of VIZ Pictures. “Death Note II: The Last Name continues the battle of wits between master sleuth L and his nemesis, Light Yagami, as the motives between good and evil and what is moral and what isn’t are explored and played upon. The success of the first DEATH NOTE live-action event in North America led us to again team with NCM FATHOM to add nearly 100 more theatres, which gives an even greater number of fans an opportunity to see the event. We invite everyone to check out this newest chapter in the DEATH NOTE saga.”

The DEATH NOTE manga and animated series have become extremely popular domestically. The 37-episode animated series is seen by millions each week on cable broadcast and the series is also distributed on DVD by VIZ Media (rated T+ for Older Teens). On the print side, DEATH NOTE 13: HOW TO READ, a companion volume to the successful manga series, also published domestically by VIZ Media, was recently (February 2008) ranked in USA Today's Top 150 list of America's best-selling books.