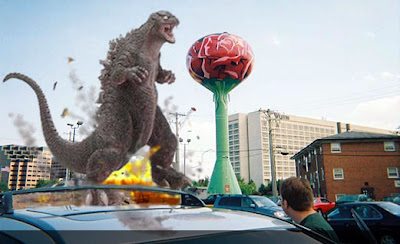 North American Godzilla fans will be gathering July 3-5, 2008 at the Crowne Plaza O'Hare International in Rosemont, IL for G-FEST XVI. The special guests for G-FEST XVI are Kenji Sahara, who has appeared in more Godzilla films than any other actor, including the classics: King Kong vs. Godzilla, Mothra vs. Godzilla, and Destroy All Monsters; Robert Scott Field, who appeared in Godzilla vs. King Ghidorah as android M-11; and August Ragone, one of the most authoritative historians of Japanese science-fiction and fantasy films.