THE CHEETAH WHORES Score A Hit For SHARKTOPUS And SyFy As if the cinematic delight of Syfy’s eagerly anticipated Sharktopus isn’t enough, now there’s a sharktastic theme song available on iTunes to accompany the melodic sounds of the beast chomping on sun-bathers.

The Sharktopus Song is sung by the up-and-coming all-female band, The Cheetah Whores. The band was handpicked by Sharktopus director, Declan O’Brien (Wrong Turn 3, Rock Monster, Cyclops) to write and sing the breakout pop song based on their unique, catchy sound and high-powered live performances.

The song is available at http://itunes.apple.com/us/album/sharktopus-single/id383310145.

The 6th annual Fantastic Fest will honor Roger and Julie Corman with a Lifetime Achievement Award at the World Premiere of Sharktopus on Friday, September 24, 2010 at The Paramount Theatre in Austin, TX. The film will play as the second part of a double feature with the U.S. premiere of Machete Maidens Unleashed!, a documentary about Philippine exploitation films from the 70's and 80's directed by Mark Hartley (Not Quite Hollywood), which features Roger Corman prominently. The Lifetime Achievement award ceremony will take place between the two shows, each of which will include classic Corman trailers and surprises. 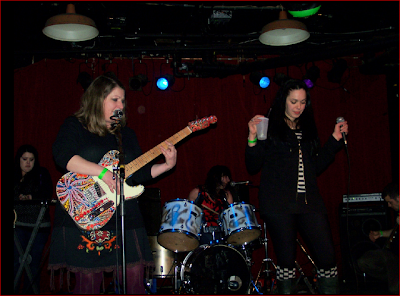 In Sharktopus, Eric Roberts (The Expendables/The Dark Knight) plays a research scientist who, with his talented daughter (Sara Malakul Lane/Belly of the Beast), develops a secret military weapon -- a hybrid shark/octopus that can be controlled by electrical implants. But when the controls break down, the monster goes on a killing rampage at the resort beaches of Mexico.

Roberts received Golden Globe nominations for his starring roles in King of the Gypsies (1978) and Star 80 (1983). He was nominated for the 1985 Academy Award for Best Supporting Actor for Runaway Train. In 1987, he won the Theatre World Award for his Broadway debut performance in Burn This.

In The Dark Knight, Roberts portrayed Sal Maroni, a Gotham City Mafia boss who hires The Joker (Heath Ledger) to kill Batman (Christian Bale). His other memorable roles include The Expendables, Raggedy Man, The Pope of Greenwich Village, Nobody’s Fool, Final Analysis and A Guide to Recognizing Your Saints.

Roger Corman, who received an Honorary 2010 Oscar, is the legendary director and producer of numerous low-budget cult classics, among them It Conquered the World, Teenage Doll, The Little Shop of Horrors, House of Usher, Pit and the Pendulum, Premature Burial, The Raven, The Masque of the Red Death, The Wild Angels and The Trip.

Sharktopus is produced by Roger Corman and Julie Corman.