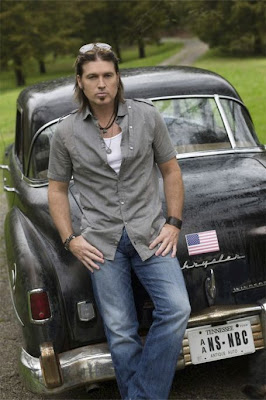 Music superstar Billy Ray Cyrus signs with Syfy and NBC’s Peacock Productions for development on a weekly reality series, UFO: Unbelievably Freakin’ Obvious, in which Cyrus and his 21-year-old son, Trace, investigate the conspiracy theories that abound around unexplained activity and paranormal phenomena. The project pairs the skeptical Cyrus with his conspiracy-theorist son, and together the two amateur sleuths journey to uncover hidden secrets and obtain untold firsthand accounts.

“Our audience craves authentic, compelling and informative storytelling that pushes the boundaries of our normal world,” said Mark Stern, Executive Vice President of Original Programming, Syfy and Co-Head of Content for Universal Cable Productions. “Allegations of cover-up and conspiracy around unexplained phenomena has inspired heated debate for decades, and it will be interesting to see what truth Billy Ray and Trace may discover.”

"We are thrilled to be working with Billy Ray and his son, Trace," said Sharon Scott, Executive Vice President for Peacock Productions. "They're a very passionate and talented father and son team and we can't wait to capture their adventures as they unfold."

"The existence of paranormal phenomena is something I've always wanted to explore further," said Cyrus. "Getting the opportunity to take this adventure with my son, who has always had a keen interest in this area, is a dream come true. I hope this series can shine a light on some of the activities we have questioned, and the mysteries that have long inspired us."

Each episode will feature the father and son on cross-country trips that will usually find them traversing America’s back roads on their quest for the truth. Trace’s best friend, dubbed “Silent Franky,” will feed the father and son with important data from his computer workstation set up in his parent’s basement. Cyrus and Trace are going to need all the help they can get as they attempt to crack the government code surrounding a wide range of potential cover-ups, from political controversies to the existence of alleged creatures to eerie occurrences that have long been in question. The series will dig deep into the venerable mysteries of paranormal existence and try to uncover the facts – and perhaps finding the truth to be more obvious than one thinks.

Billy Ray Cyrus is a multi-platinum recording artist and has sold more than 25 million albums worldwide. He has also established himself as a television and film actor. Currently, Cyrus stars as Robby Ray Stewart, the father of his daughter Miley's fictional character in the Disney Channel hit series "Hannah Montana." He continued his role in "Hannah Montana: The Movie." Cyrus hosted NBC’s "Nashville Star," and his other television and film credits include Hallmark's Original Movie "Christmas in Canaan", “The Spy Next Door” alongside Jackie Chan, the acclaimed movie "Mulholland Drive," the title character in the PAX series "Doc," the Lifetime film "Flying By," and ABC's "Dancing with the Stars."

As a founding member of the group 'Metro Station', Trace Cyrus (Guitarist, Vocalist, Songwriter) has toured the world, selling hundreds of thousands of records. In early 2006, after relocating from Nashville Tenn., Trace started 'Metro Station' with Mason Musso. The band quickly became a MySpace hit and he landed a record deal later that year. Metro Station released their self-titled debut in September 2007, and toured the world non-stop, amassing more than 5 million in singles sales, driven by the success of "Shake It" (which reached #4 on the Billboard Hot 100). After the 2010 tour with his sister, Miley Cyrus, Trace and Mason decided that it was time to pursue other musical interests, and in the early Spring of 2010, it was announced that Metro Station would be going on hiatus. Trace is currently in the process of writing an album for his new project, Ashland High.