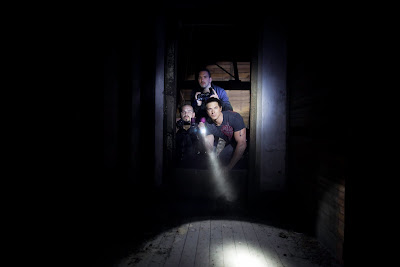 Paranormal investigators Zak Bagans and Nick Groff, along with equipment technician Aaron Goodwin, search through haunted locations both domestic and international in order to prove the existence of ghosts. During their investigations, the crew acquaint themselves with the general area, interview locals about the hauntings, and place themselves face-to-face with the evil spirits who reportedly occupy these locations during an overnight lockdown.

Zak, Nick and Aaron present the best paranormal evidence and the many ways afterlife manifests through their use of scientific equipment from the first two seasons of ‘Ghost Adventures.’

The GA Crew reveal’s their most intense, chilling, and intimidating paranormal encounters in the pitch black of darkness armed only with night-vision cameras and investigative equipment.

The Ghost Adventures Crew travels to Pennsylvania on the anniversary of the Battle of Gettysburg, the bloodiest conflict of the Civil War. In this special three-part lockdown, the guys attempt to make contact with the spirits of soldiers, the sadistic woman who ran the town's orphanage and the ghosts of the abused children left in her care. From the shallow graves that dot the surrounding hillside to the deepest corners of the orphanage basement, prepare for an in-depth look into the dramatic history of a location that shaped the very fabric of our nation.