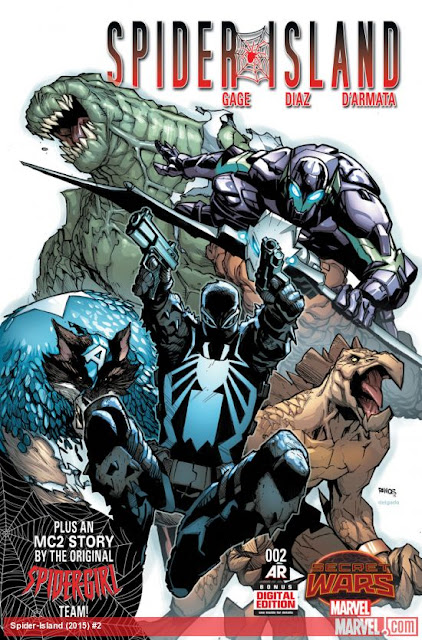 The Spider-Queen has turned Manhattan into an island of Spider-Madness and Peter Parker has lost, thanks to Spider-Scribe CHRISTOS GAGE (AMAZING SPIDER-MAN, SUPERIOR SPIDER-MAN) & rising star artist PACO DIAZ (WOLVERINE, SCARLET SPIDERS). With Spider-Man defeated and captive, does Flash Thompson, A.K.A. VENOM stand a chance? All this, plus visit the MC2 patch of BATTLEWORLD! Mayday Parker and her Spider-Family are back courtesy of classic Spider-Girl team TOM DEFALCO, RON FRENZ & SAL BUSCEMA!