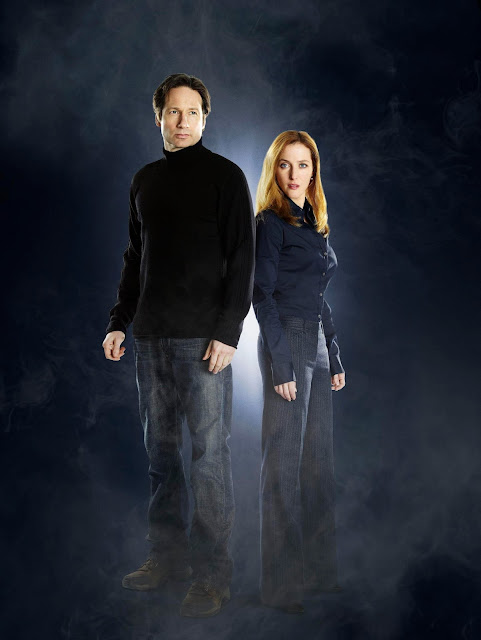 When The X-Files returns to Fox in 2016, the show's core partnership will be fractured: in the time since viewers last saw Mulder (David Duchovny) and Scully (Gillian Anderson) — in 2008 feature, I Want to Believe — the franchise's central pair have broken up.

"We do it in an interesting way," The X-Files creator Chris Carter tells The Hollywood Reporter of his decision to break up the popular couple. "We play with that relationship [in the event series]. We put some of the tension back in that was relieved by them being together. It added to the storytelling opportunities. It’s something that I came up with; I had been thinking about it. There was always talk of [breaking them up] if we did another movie."

Fox first confirmed that Mulder and Scully would be split in the upcoming revival during its summer Television Critics Association session after reporters were shown a clip from the January premiere, "My Struggle," which indicated as much. The subsequent fan reaction to the news has been mixed, at best.

When the series first started, Scully was partnered with Mulder to debunk his paranormal findings, but the pair quickly bonded and took on an us-versus-the-world mentality. They kept things (outwardly) platonic for a while, until the duo a thwarted kiss during the show's first movie, Fight the Future. (Mulder also kissed a 1939-version of Scully during season six.) It took until season seven for the two to successfully lock lips. It was revealed at the end of that season that Scully was pregnant — though in true X-Files fashion, it took a year for the show to 100 percent confirm that Mulder was baby's father.